By The Gazelle NewsAugust 23, 2022No Comments3 Mins Read 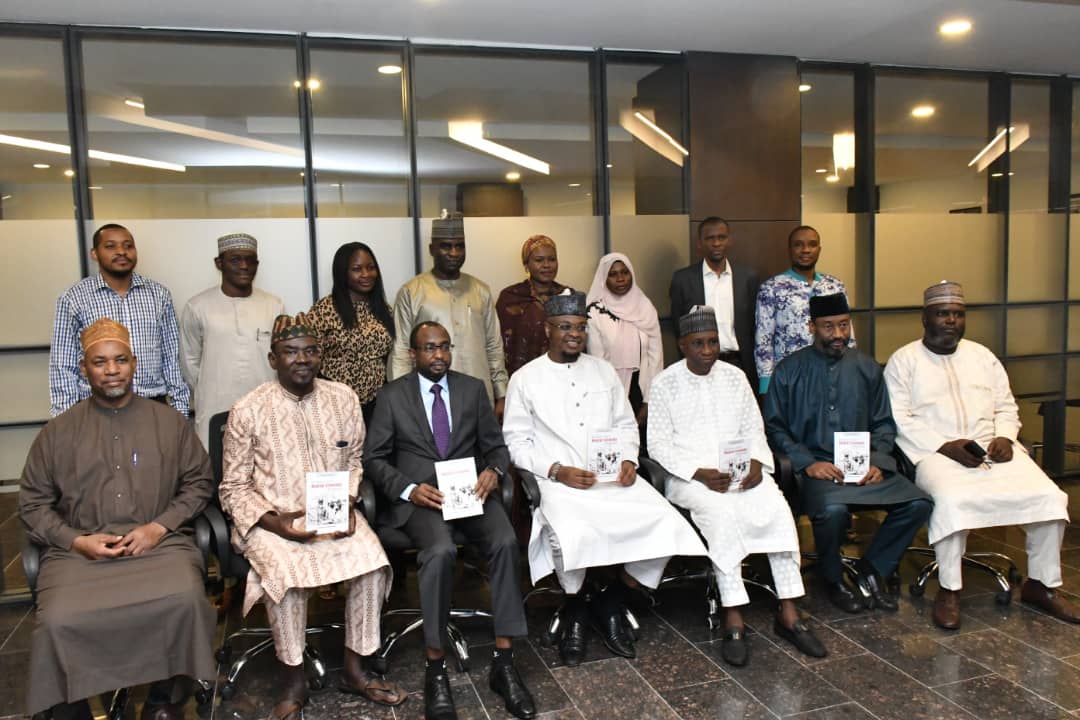 The Minister of Communications and Digital Economy, Professor Isa Ali Ibrahim Pantami, has commended the Image Merchants Promotion Ltd (IMPR), publishers of PRNigeria, Economic Confidential, Tech Digest, and other titles, for its emphasis on responsible and investigative journalism that is based on facts, objectivity, fairness and balance.

Speaking in his office on Monday, 22 August, 2022 while receiving a Book written by two female IMPR staff writers, Pantami specifically praised PRNigeria for setting up the news and Public Relations organisation in a way that emphasises journalism for national development. 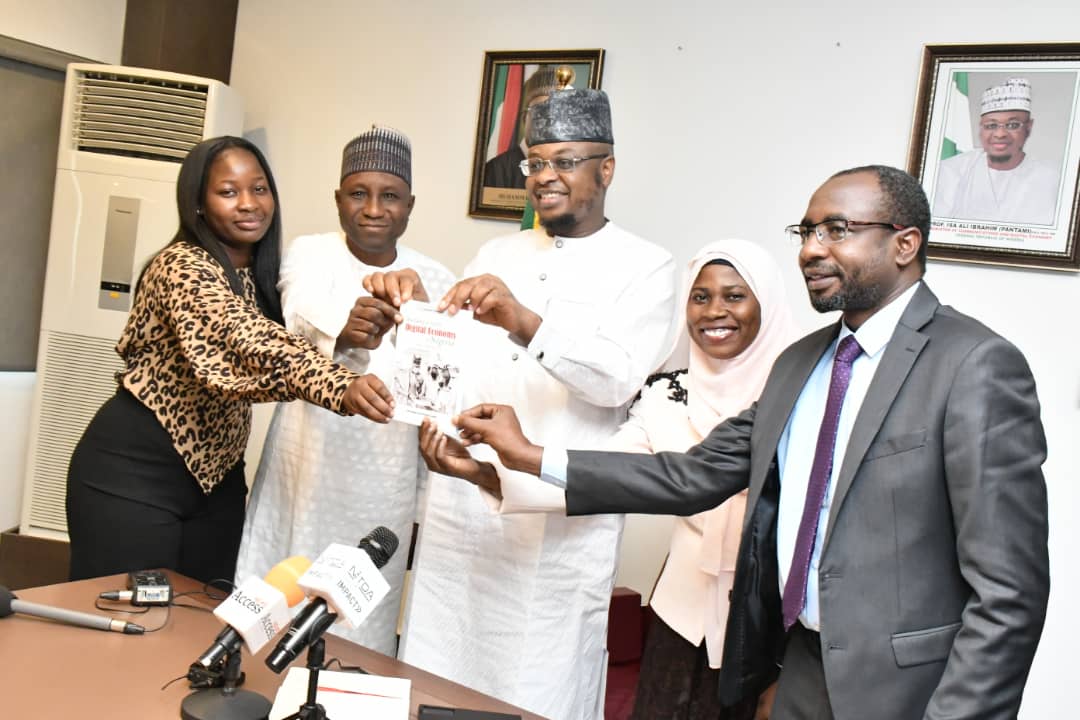 Pantami noted that PRNigeria’s fact-checking activities and well investigated security stories are one of the factors that have kept Nigeria stable and secure in recent years, adding that all stakeholders must keep working together to sustain the peace, stability and unity of the country.

Zeenat Sambo, a staff writer with Economic Confidential, contributed 20 articles while Fom Gyem, a reporter with Tech Digest, also wrote 20 articles that made the new Book: “Building a Safer Digital Economy in Nigeria: Musings of Young Female Writers” which the minister received with applause.

Speaking on the authors, Pantami said he had a lot of respect for those who can settle down to document history for the purpose of future generations, adding that “any history that has not been documented can be changed.”

Commending the robust relationship between IMPR and the Ministry, Pantami said he was committed to taking the partnership to higher levels not because of image laundering but because as a government official, he has to be transparent and accountable to the people of Nigeria and one of the ways of doing that is robust engagement with the media.

Pantami recalled that a similar Book titled, “Digital Innovation for Economic Prosperity in Nigeria” by Inyene Ibanga was presented to him at this same time last year, adding that, the multi-disciplinary approach of IMPR is worth commending.

The Director-General of the National Information Technology Development Agency (NITDA), Mallam Abdullahi Kashifu Inuwa, equally commended the authors for putting the Book together, adding that IMPR has taken NITDA to the world with an award in Tanzania followed by another award nomination in Germany.

Speaking earlier, the chairman of IMPR, Dr. Sule Ya’u Sule, told the minister that the Book presentation was meant to celebrate his third year anniversary in office, adding that since last year’s Book won the award in Tanzania, this one too is potential award-winning literature.

Also speaking, PRNigeria publisher, Mallam Shuaib, recalled with nostalgia how the relationship with the Minister started two years ago and how the Ministry has massively supported the organisation’s efforts to give back to society.

He singled out the PRNigeria Centre in Kano which was equipped with the latest digital tools by NITDA and where at least over 200 young people have been trained in ICT and digital economy.

He noted that the relationship with the ministry also gave birth to Tech Digest which is now one of the most authoritative news site on technology developments in the country.