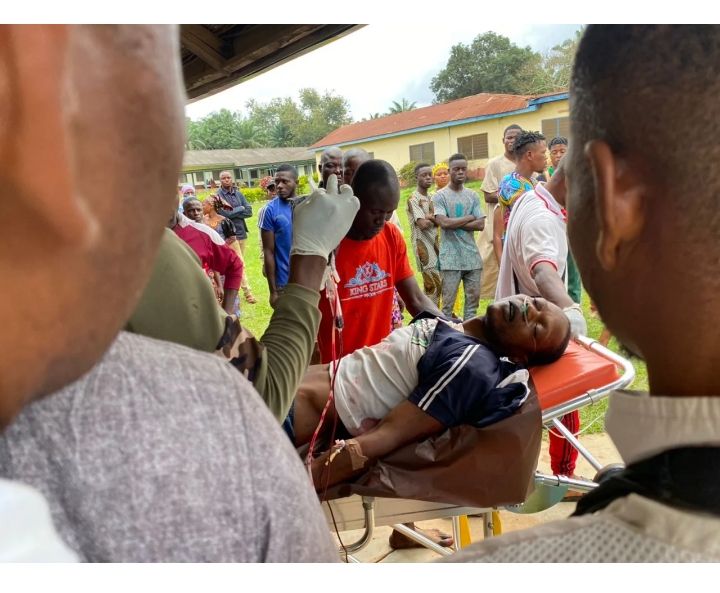 Share
Facebook Twitter LinkedIn Pinterest Email
A man identified as Sunday Akingbala, who is said to be a Peoples Democratic Party (PDP) supporter and member of Amotekun, has reportedly shot himself while celebrating the victory of Ademola Adeleke, governorship candidate of the party.
The shooting is said to have occurred in Ile Ife on Sunday, 17 July, 2022.
The man was taken to the Seventh Day Adventist Church Hospital in Lagere, Ile Ife, but later referred to Obafemi Awolowo Teaching Hospital.
Adeleke, Osun state governor-elect, polled 403,371 votes to defeat Gboyega Oyetola, governor and candidate of the All Progressives Congress (APC), who secured 375,027 votes.
The PDP candidates won 17 out of 30 LGAs in the state while the governor won 13.
Both men went head-to-head at the governorship election in 2018.
Adeleke was in an early lead when the Independent National Electoral Commission (INEC) declared the exercise “inconclusive”.
Oyetola was declared the winner after a rerun was conducted in some polling units.