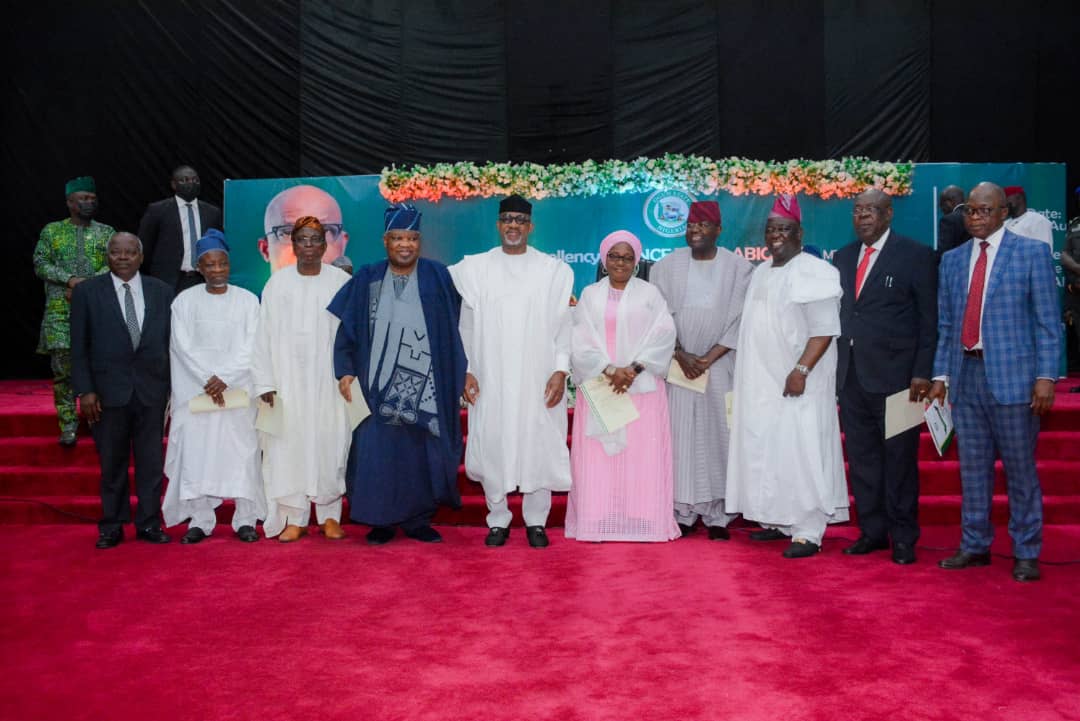 Posted By: The Gazelle NewsIn: Education, NewsNo Comments
Print Email
Ogun State Governor, Prince Dapo Abiodun, has appealed to the Federal Government and the Academic Staff Union of Universities (ASUU) to immediately resolve their differences and put an end to the ongoing ASUU strike, in the interest of not only the students but the entire nation.
Governor Abiodun gave the plea while inaugurating the boards of the state-owned tertiary institutions on Thursday, 25 August, 2022, saying that education remains the biggest industry in the Gateway state.
“We can all feel the effects of these unresolved crises not only on our university system. It has affected other sectors of our economy. These youths are out of school. And, we all know that an idle hand is an available workshop for the devil.
“This is no more a matter of who is right or wrong. It is a matter of what is good for our youths and our nation. I therefore appeal to both sides to find a meeting point and resolve the crises for the good of our youths and our nation in general”.
Asking the striking lecturers and the Federal Government to sheath their swords and put an end to the impasse, he noted that the overall interest of the nation should be paramount, so that the biggest industry is not put in jeopardy and the students are not unduly punished.
The Governor explained that, with the inauguration of the boards of the tertiary institutions, his administration is celebrating the proud legacy of education bequeathed on the state by its early torchbearers in the sector.
He recalled the giant strides of people like Chief Obafemi Awolowo, Prof. Wole Soyinka, Dr. Tai Solarin, Professors Adeoye Lambo, Anthony Asiwaju, Akin Mabogunje and Theophilus Ogunlesi, among several others.
“We are worthy inheritors of an entrenched legacy in education. And, to our people, education remains the biggest industries”, he said.
The boards inaugurated are those of: the Olabisi Onabanjo University (OOU), Ago-Iwoye; Tai Solarin University of Education (TASUED), Ijagun, Ijebu- Ode; Moshood Abiola Polytechnic, Ojere, Abeokuta; Ogun State Institute of Technology, Igbesa; Gateway Polytechnic, Saapade; D.S. Adegbenro Polytechnic, Itori; Ogun State College of Technology, Ilese, Ijebu; and Abraham Adesanya Polytechnic, Ijebu-Igbo.

2023: Why Oduntan Will Move To Nigerian Senate From Ogun East Senatorial District

In Pictures, Aregbesola, Malami, Others Meet On Decongesting Nigerian Prisons