By The Gazelle NewsDecember 3, 2022No Comments2 Mins Read 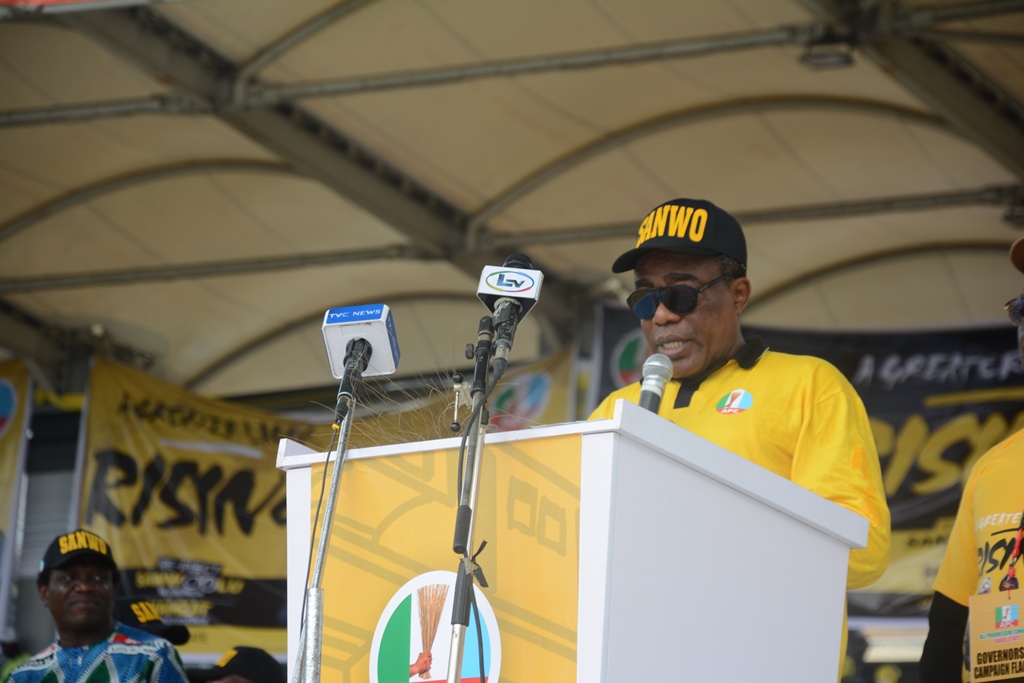 Share
Facebook Twitter LinkedIn Pinterest Email
The Director General of the Lagos State chapter of the All Progressives Congress Campaign Council, Senator Ganiyu Olanrewaju Solomon has expressed appreciation to Lagosians for turning out in large number to witness the flag-off of the electioneering campaign for the state Governor, Babajide Sanwo-Olu; his Deputy, Kadri Obafemi Hamzat; and other candidates of the party in the state.
Senator Solomon, in a press statement released by his Media Office after the successful programme, stated that he and the entire Campaign Council were humbled by the show of love by Lagosians for the party and its candidates, particularly Governor Babajide Sanwo-Olu.
“Lagosians have shown us love. The turn out was massive and unprecedented and we, at the Campaign Council, were humbled by this show of love. It’s a confirmation that Lagosians are happy with us as a party and they are happy with Sanwo-Olu as our Governor,” Senator Solomon, former Senate Minority Whip, said.
The man, popularly called GOS by his associates, admirers and friends, urged Lagosians to turn up in their large number to cast their votes for Sanwo-Olu and other candidates of the party in the coming election, particularly, the party’s Presidential Candidate, Asiwaju Bola Ahmed Tinubu.
“Sanwo-Olu has been tested and he is trusted. He has delivered already and will continue to deliver, don’t relent in your support for him and other candidates of the party, particularly our leader and Presidential Candidate, Asiwaju Bola Ahmed Tinubu,” he said.
According to him, a vote for APC and its candidates, is a vote for progress, economic emancipation and improved welfare for the people.