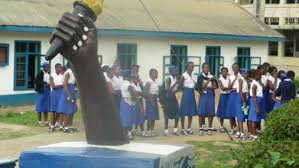 Posted By: The Gazelle NewsIn: NewsNo Comments
Print Email
Focusing on immortalizing the late Ebola Amazon and Heroine, Dr Ameyo Stella Adadevoh, alumnae of Queen’s School, Ibadan, the Queen’s School Ede/Ibadan Old Girl’s Association (QSOGA), is set to commission a students legacy building project in her honor, on Saturday, 21 May, 2022 at Queen’s School, Apata, Ibadan.
The alumnae describe the late Dr Adadevoh as a worthy role model, who exemplified what students and worthy citizens of Nigerian should aspire to be. 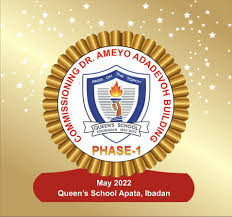 Speaking about the commissioning, the President of Queen’s School Ede/Ibadan Old Girl’s Association, a medical doctor and former Provost & Medical Director of the renowned Neuropsychiatric Hospital, Aro, Abeokuta, Dr (Mrs) Taiwo Abosede Adamson, emphasised the importance of celebrating heroes and Heroine in our society.
She stated that it will help to engender positive modelling spirits in the younger generations.
Adamson, however, paid glowing tributes and kudos to the philanthropists and donors to the project, including the sacrificial donations of the alumnae members.
Meanwhile, a statement issued by the National Publicity Officer of QSOGA, Mrs Funlola Ajogbasile, indicated that Adadevoh was a woman who showed unusual courage in times of intimidation, commitment to her medical profession when cajoled to take the short course, diligence in her duties and, above all, ultimate sacrifice when her life was on the line.
The statement added that the joy of the Association in actualising the project within one year of its launching on 22 May 2021 knows no bounds.
Expected at the ceremony is the chief launcher of the project, the legendary philanthrophist, Sir Kesington Adebukunola Adebutu OON, CON The Oodole Odua, who will commission the project; Iyalaje Iyaloja of Ibadanland and former two time Federal Minister of Trade & Industry, Chief (Mrs) Dr. Onikepo Akande OON, CON, herself an alumna of the school, who will be the Chairperson of the occasion; the Former President of Nigeria, His Excellency Olusegun Aremu Obasanjo GCFR and His Excellency, Seyi Makinde, the Executive Governor of Oyo State.
Others are royal fathers, the Alake of Egbaland, HRM Oba Adedotun Aremu Gbadebo OFR, Okukenu the IV and Paramount Ruler of Egbaland, HRM Oba Adedapo Tejuoso CON the Osile of Oke-Ona, Egba Karunwi 111, captains of industries, Dr Olawale Omobolanle Babalakin SAN, Chairman Bi-Courtney Group of Companies, Dr Layi Fatona, the Managing Director Delta Exploration & Production company among other dignitaries.