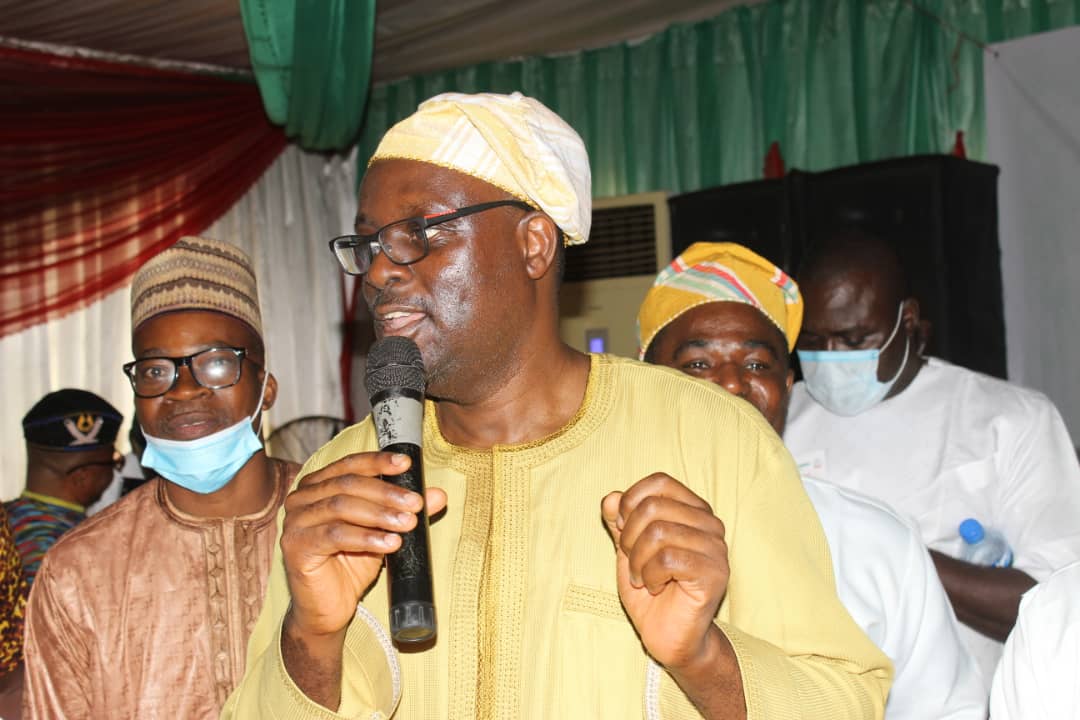 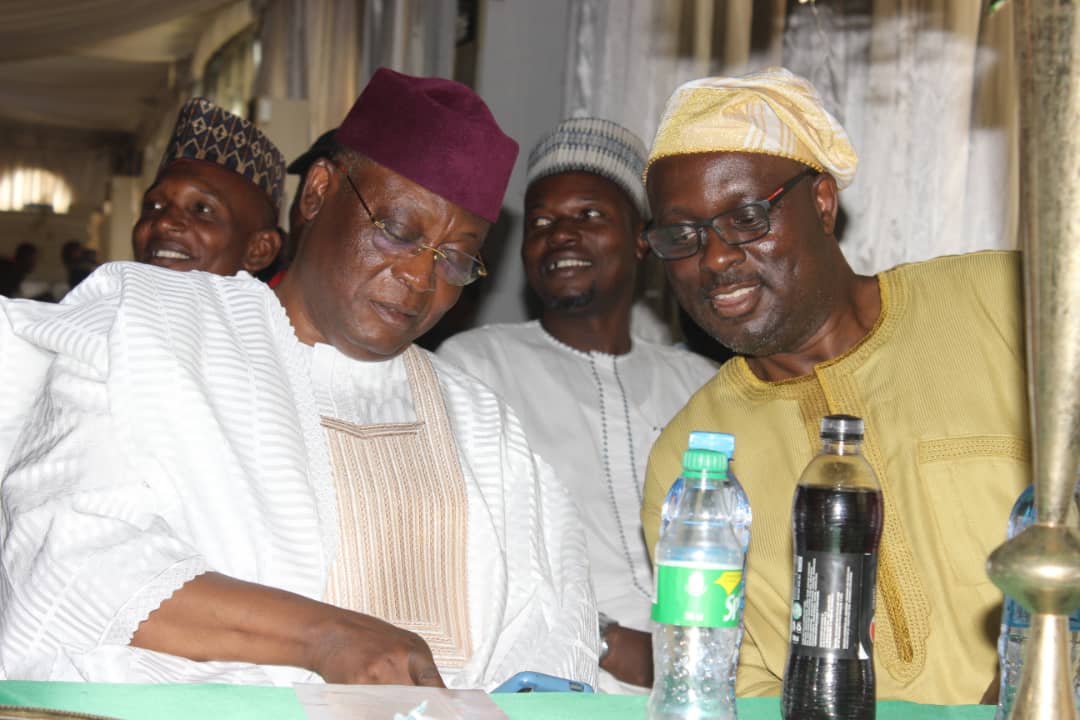 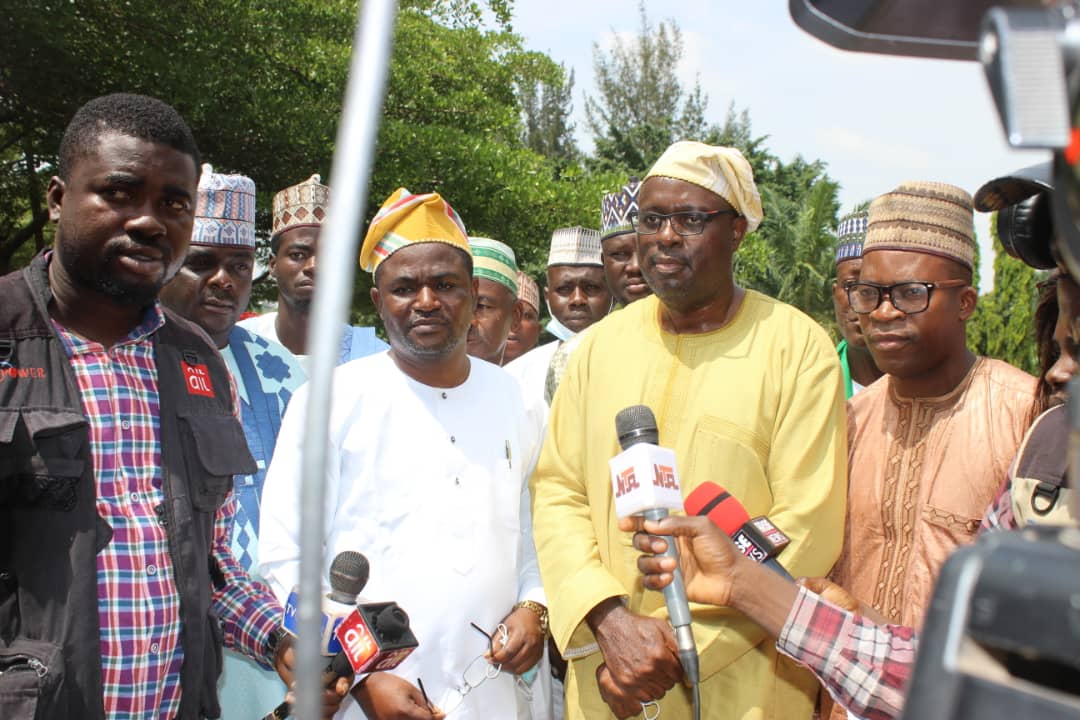 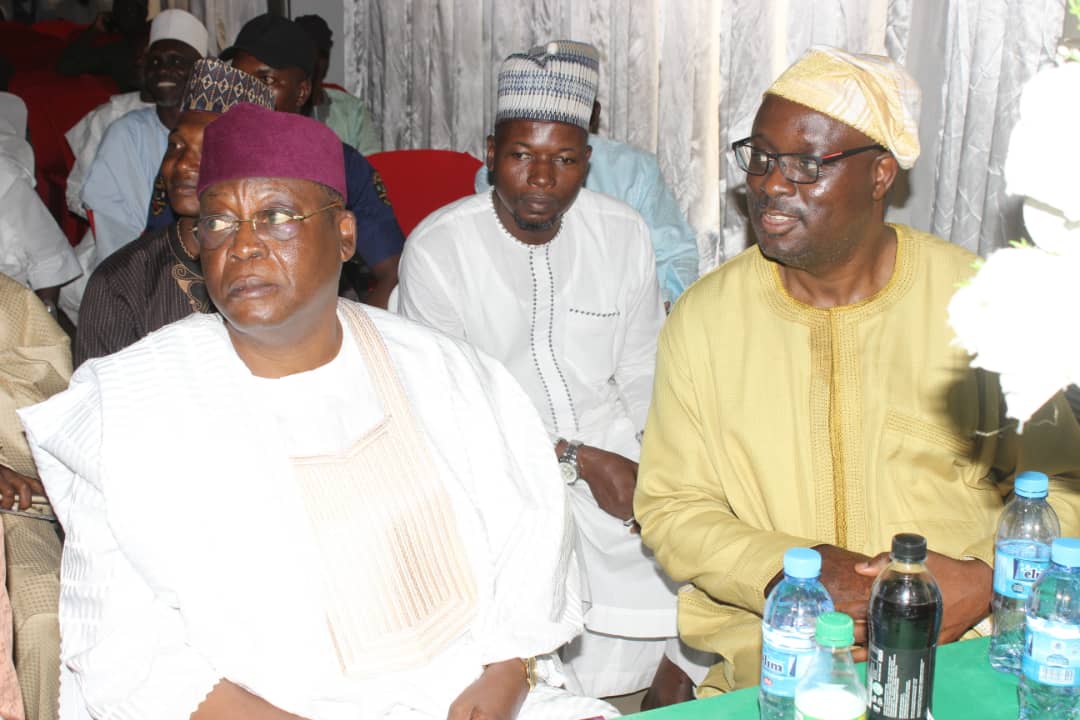 The launch of Patriots of Bola Ahmed Tinubu had in attendance members of the Patriots League from the 36 states of the federation and FCT, as the event center was filled to capacity with loyalists of POBAT, APC members and well-wishers of Dr. Abiola Oshodi, National Leader of POBAT.
While delivering the welcome address, National President of Patriots of Bola Ahmed Tinubu (POBAT), Dr. Babatunde Bello said Nigeria deserves a dynamic and compassionate leader in the mould of Asiwaju Bola Ahmed Tinubu, stressing that POBAT is for Asiwaju because he is the leader who will unite and not divide the nation. “Today is a very important day in the life of this movement for so many reasons: we are launching our movement and inaugurating Exco members across the states of the federation.
“I have no doubt in my mind that POBAT is one of many groups rooting for the Tinubu Presidency, but after this inauguration today, we shall be the group leading the charge for the Tinubu Presidency with an unwavering zeal  as we shall move from one state to another round the country to canvass for the Tinubu Presidency,” Dr. Bello said.
The National President appreciated all the “Patriots” that came to Abuja for the inauguration, adding that for those doubting, the success of the inauguration has confirmed that POBAT is serious and committed to seeing Asiwaju emerge as Nigerian President in 2023.
One of the significant highlight of POBAT launching was the unveiling of the POBAT logo which was done by the POBAT stakeholders in company with Dr. Bishop Emeka Okonkwo of Chapel of Faith Assembly, Onitsha. Bishop Okonkwo was one of the awardees of The POBAT Award of Excellence. The Cleric in his remark saluted the organizers, particularly Dr. Abiola Oshodi, whom he described as a personality he has much respect for. He said Nigeria needs more people of strong character like Dr. Oshodi to canvass for Asiwaju Bola Ahmed Tinubu, who is a pan Nigerian Presidential candidate come 2023. Bishop Okonkwo supported POBAT with a million Naira donation.
Earlier in his keynote address, the National Leader of POBAT, Owo born, Canada based medical doctor, Abiola Oshodi noted that persons push ideas and people of like minds join such lofty ideas, indicating that Bola Ahmed Tinubu Presidency is an idea which time has come.
Oshodi said, “POBAT is not about castigating outgoing administration but to build on it and through that build a strong and unshakable support base for Asiwaju Tinubu ahead of the next Presidential election come 2023.
“The need for the rescue of the nation is much more important than any other consideration now and we at POBAT are now convinced more than ever before that while it is the turn of the South, it is also our collective effort to push for the candidacy of Tinubu who possesses all the qualities of the Nigerian President with the dynamism that this time requires.
“Our movement, POBAT is opened to all Nigerians across tribe, race, religion, profession and gender as well as Nigerians in The Diaspora”.
The National Vice President of POBAT, Prince Umar Yahya while welcoming the dignitaries at the event saluted the resolve of all members for supporting the ambition of Asiwaju Tinubu, noting that across Nigeria, the popular sentiments is that the Tinubu who sustained Democracy after the June 12 crisis through his doggedness is deserving of leading Nigeria as President after President Muhammadu Buhari’s tenure.
Over 750 state executive members across the 36 states of the federation including the FCT were inaugurated while floor members of POBAT were also inaugurated at the event.
In the course of the inauguration, National Chairman, South West Agenda for Asiwaju (SWAGA), Senator Adedayo Adeyeye walked in to keep the date with the POBAT stakeholders.
Senator Adeyeye who thanked Dr. Abiola Oshodi for being forthright and living his dream of leading the park of Nigerians in the Diaspora to activate his pro-Tinubu movement, POBAT, assured him of reporting the success of the inauguration to Asiwaju Bola Tinubu. “We were together this morning at a wedding function and he is still in Abuja. Rest assured that he will be duly informed of your stride in POBAT, ” the Ekiti born politician stated.
Another major highlight of POBAT inauguration was the presentation of recognition awards to POBAT Ambassadors and Nigerians across different ethnic groups.
The awardees were: Senator Adedayo Adeyeye, Dr. Bishop Emeka Okonkwo, Senator Aliru Matori (Bauchi), and Hon. Alhasan Ado Doguwa, (Member House of Rep).
The rest POBAT awardees included Dr. Yussuf Nazir Garwuna, Deputy Governor Kano State, Hon. Farouk Moustapha and others.
Dr. Okonwo who spoke with newsmen on the sidelines of the inauguration said he , like other Nigerians, are Tinubu men and what this shows is that in the West, East and the entire North, there are so many Tinubu men who are solidly behind his Presidential bid.
While speaking with pressmen, Dr. Abiola Oshodi thanked God for the success of the inauguration, describing it as a huge positive stride  and a step in the right direction. He said POBAT has hit the ground running and will take the good tidings of the Tinubu Presidency in 2023 to every part of Nigeria.

NAPTIP To Collaborate With Other Security Agencies Against Human Trafficking