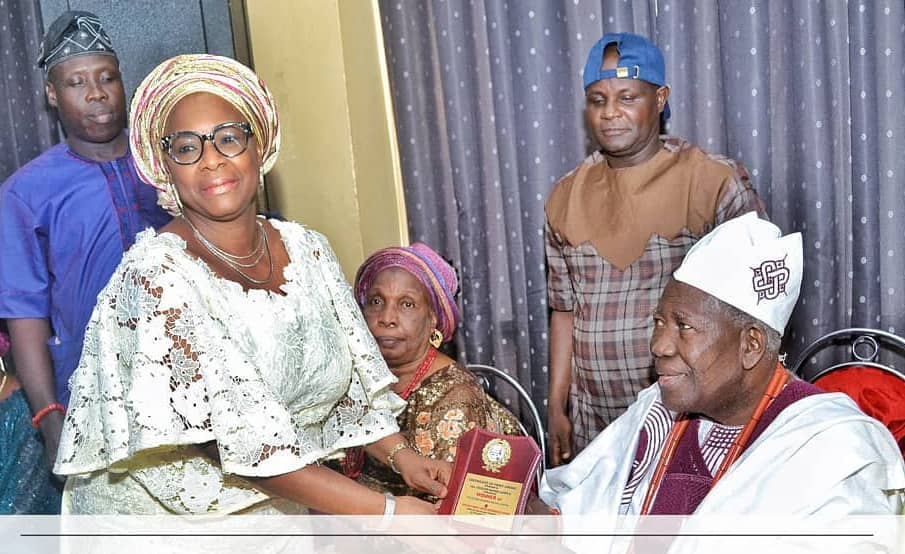 Posted By: The Gazelle NewsIn: News, PoliticsNo Comments
Print Email
House of Representatives member, Hon. Tolulope Akande-Sadipe, has mourned the death of Olubadan of Ibadanland, Oba Saliu Adetunji, describing him as a brave and courageous leader.
Oba Adetunji, was a successful businessman and first class Traditional Ruler, who died today, Sunday, 2 January, 2022 after close to five years on the throne of his forefathers.
Akande-Sadipe’s condolence message was contained in a statement issued in Ibadan by his Media Aide, Olamilekan Olusada.
She noted that the late monarch led his people with utmost diligence and unassuming dedication, commending his strong adherence for peace, progress and development.
Hon. Akande-Sadipe who chairs the House Committee on Diaspora added that the late monarch would long be remembered in the annals of Ibadan and Oyo State for being an exemplar in virtually all facets of life.
“On behalf of my constituency, I extend my condolences to the good people of Ibadan land, the Olubadan-in-council, and the immediate family members of the late Oba Adetunji”, she said.
The Oluyole Federal Constituency representative said the late monarch was a creditable leader whose reign as Olubadan united his people, and witnessed massive development in the State.
She said, “With heavy heart, I mourn and condole with the immediate family of our father, Oba Saliu Adetunji, the 41st Olubadan of Ibadanland, the people of Ibadanland and Oyo State as a whole. The passing unto glory of our Father has saddened us all.
“Kabiyesi lived a very value-added and meaningful life ascending the throne in 2016. Prior to that he had a fruitful fashion designing business and his music label promoted the likes of famous musicians such Wasiu Ayinde Marshal and Dauda Epo Akara.
“I pray that God should repose the soul of the departed monarch and comfort the family and the people of Ibadan”.