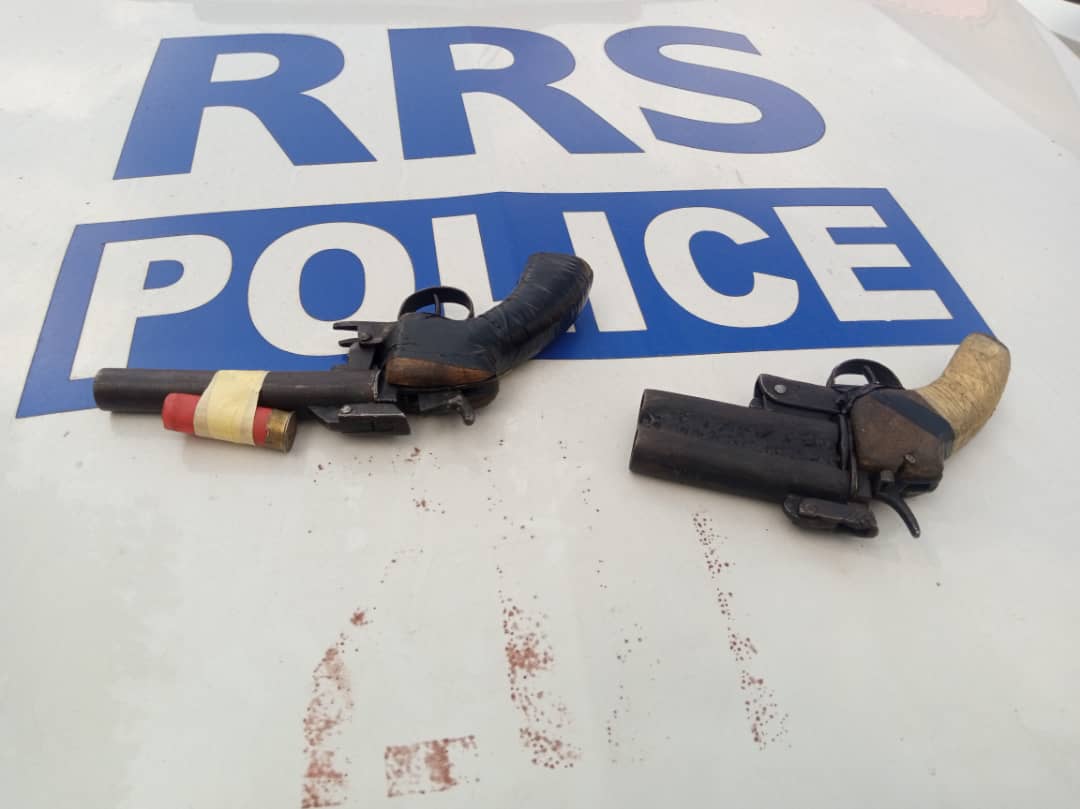 Posted By: The Gazelle NewsIn: Crime, NewsNo Comments
Print Email
Operatives of the Rapid Response Squad (RRS), a unit of the Lagos state police command, at the wee hours of Sunday, 24 July, 2022, recovered two locally made pistols and an expended cartridge, during a spirited pursuit of armed robbery suspects, who have assembled atop the Orile Iganmu Overhead Bridge, Mile 2, in readiness to go out for their criminal operation.

The RRS Hawk Tactical Squad, investigation has revealed, were on routine 24/7 surveillance patrol and were acting on a credible tip off, as directed by the Commander of the unit, CSP Saheed Olayinka Egbeyemi.
The suspected robbery gang bolted away, on sighting the police officers daring approach.
It will be recalled that, the RRS had in a covert operation two months ago, intercepted and arrested a bus laden with over 36 sacks of an illicit drug, known as Colorado, along the same corridor
Suspects were arrested and charged to court, while, the seized drugs, were destroyed at a dumpsite in ikorodu, in an operation led by erstwhile DC Operations, Lagos state Command, who has since been promoted to the next rank of Commissioner of Police, CP Magaji Ahmed Kontagora.
The state Commissioner of Police, CP Sylvester Abiodun Alabi, had consequent upon the successful operation, charged officers and men of the command across formations and tactical commands to sustain the tempo on a round the clock patrol and surveillance of the state to reinforce safety and security of Lagosians.