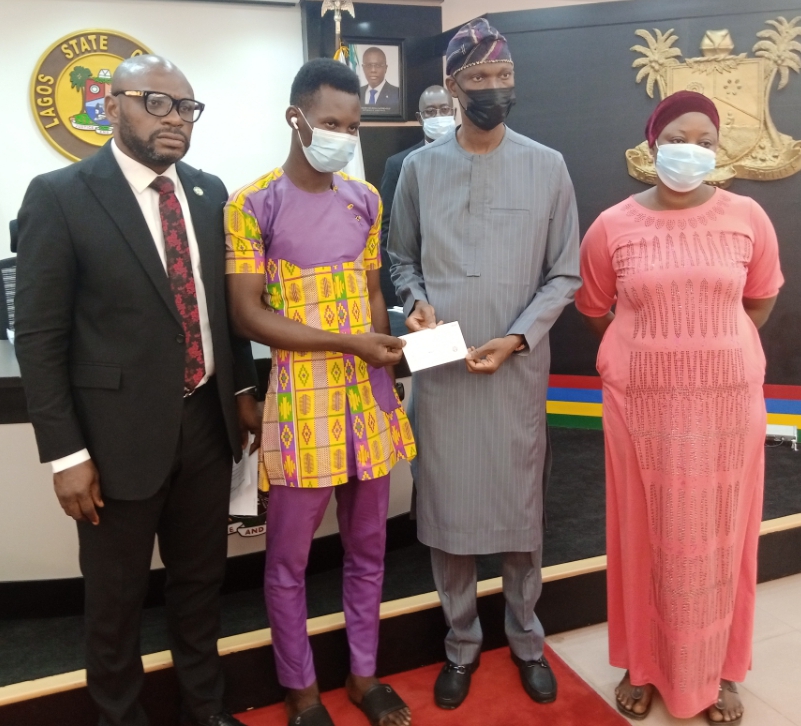 Posted By: The Gazelle NewsIn: News, SecurityNo Comments
Print Email
Governor of Lagos State Mr. Babajide Olushola Sanwo-Olu, has again, reaffirmed his pledge to always give wholesome support to the security agencies as he today, Wednesday, 28 July, 2021, in his government’s trademark tradition, handed out, three individual beneficiary cheques of N10 million each to the bereaved families comprising two Rapid Response Squad (RRS) and one Task Force operative at the Lagos House, Alausa, Ikeja. 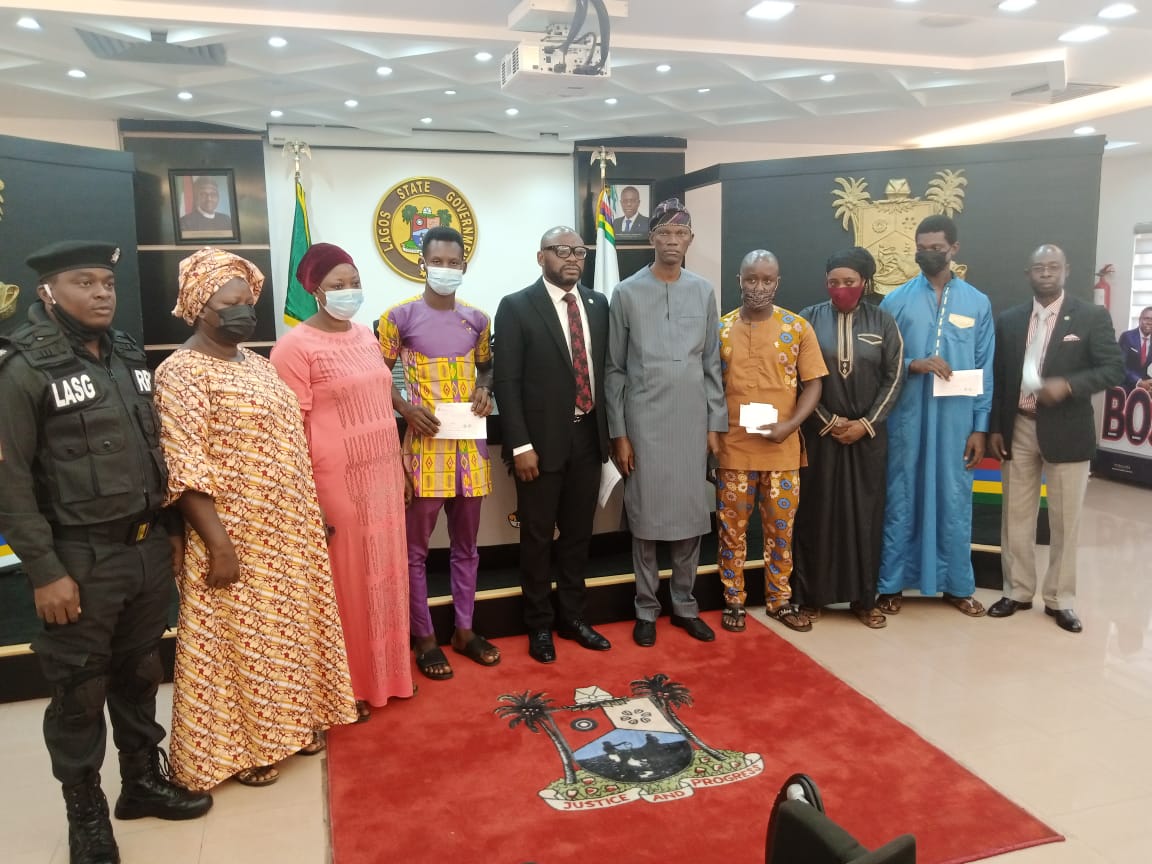 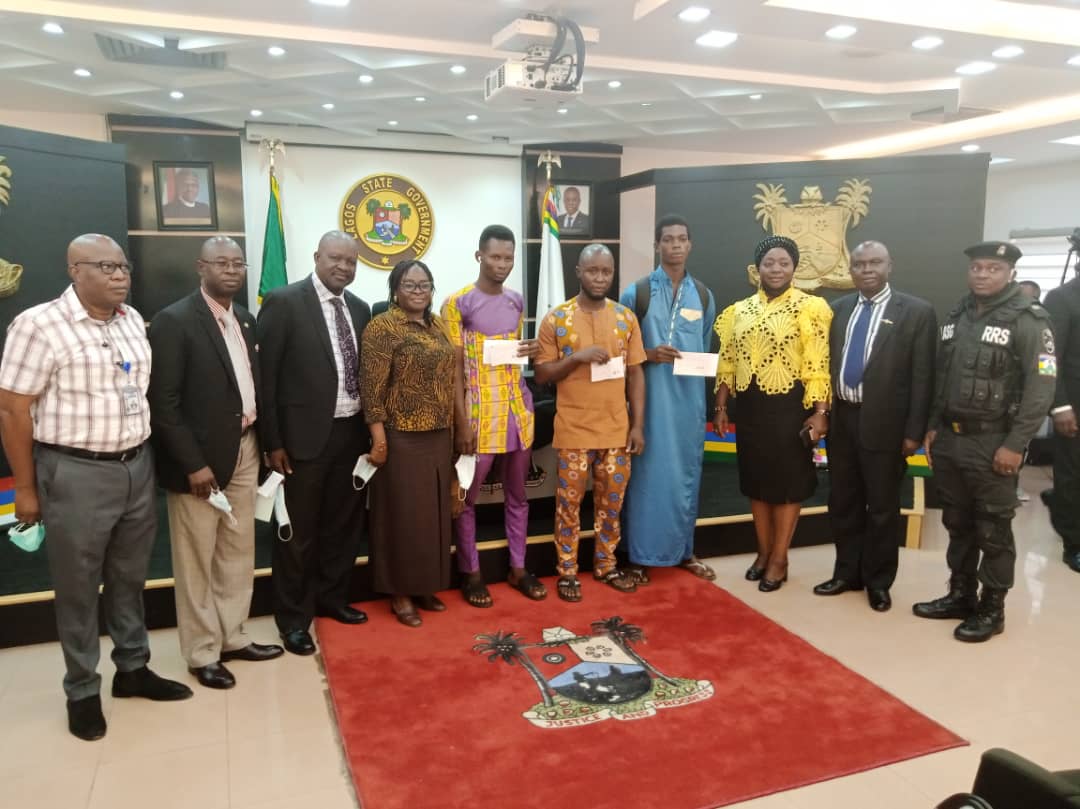 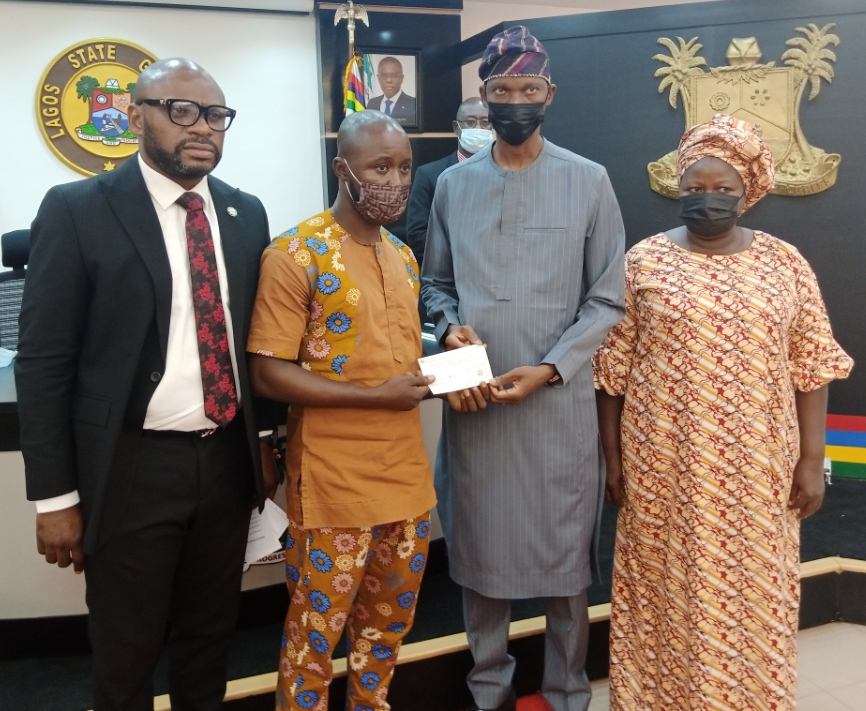 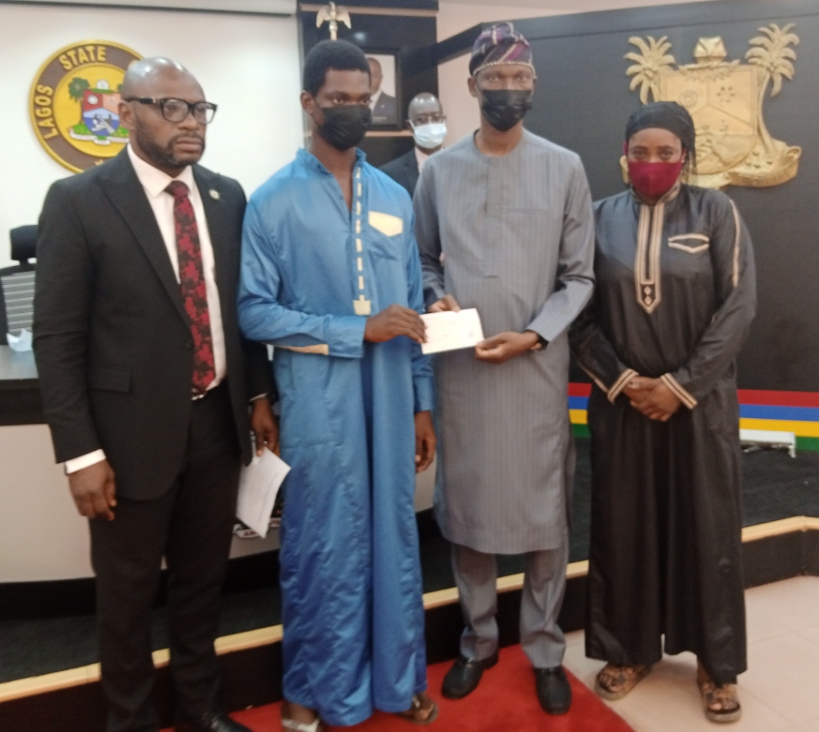 Represented by the Chief of Staff to the Governor, Mr. Tayo Akinmade Ayinde, the Governor, emphatized with the affected families, describing the monetary support as a token and the government’s efforts at comforting affected families, maintaining that, no amount of financial gift can make up for the lost lives and the gallantry of the fallen Patriots.
The Governor, through the Chief of Staff commended and appreciated the gallantry of the deceased operatives, reassuring the families and Lagos residents of the government’s decisiveness to always work for the good and wellbeing of the masses.
The three beneficiary families include those of late Insptr. Ajibola Gafari, PC Olufemi Richards of Lagos State Rapid Response Squad (RRS) and ASP Omisore Oluwashina Olamide of Lagos State Task Force on Environmental and Special Offences (Enforcement Unit).
Speaking on behalf of the three beneficiary families, a son of one of the deceased, Olufemi Odeniyi, expressed profuse thanks to Governor Sanwo-Olu for the cushion and lifeline, while wishing everyone present and the government greater success and impact in the lives of Lagosians.

Nobody Stepping Down For Ondo Deputy Gov – Olafeso

Buhari Vows To Restore Peace In North-East, Others