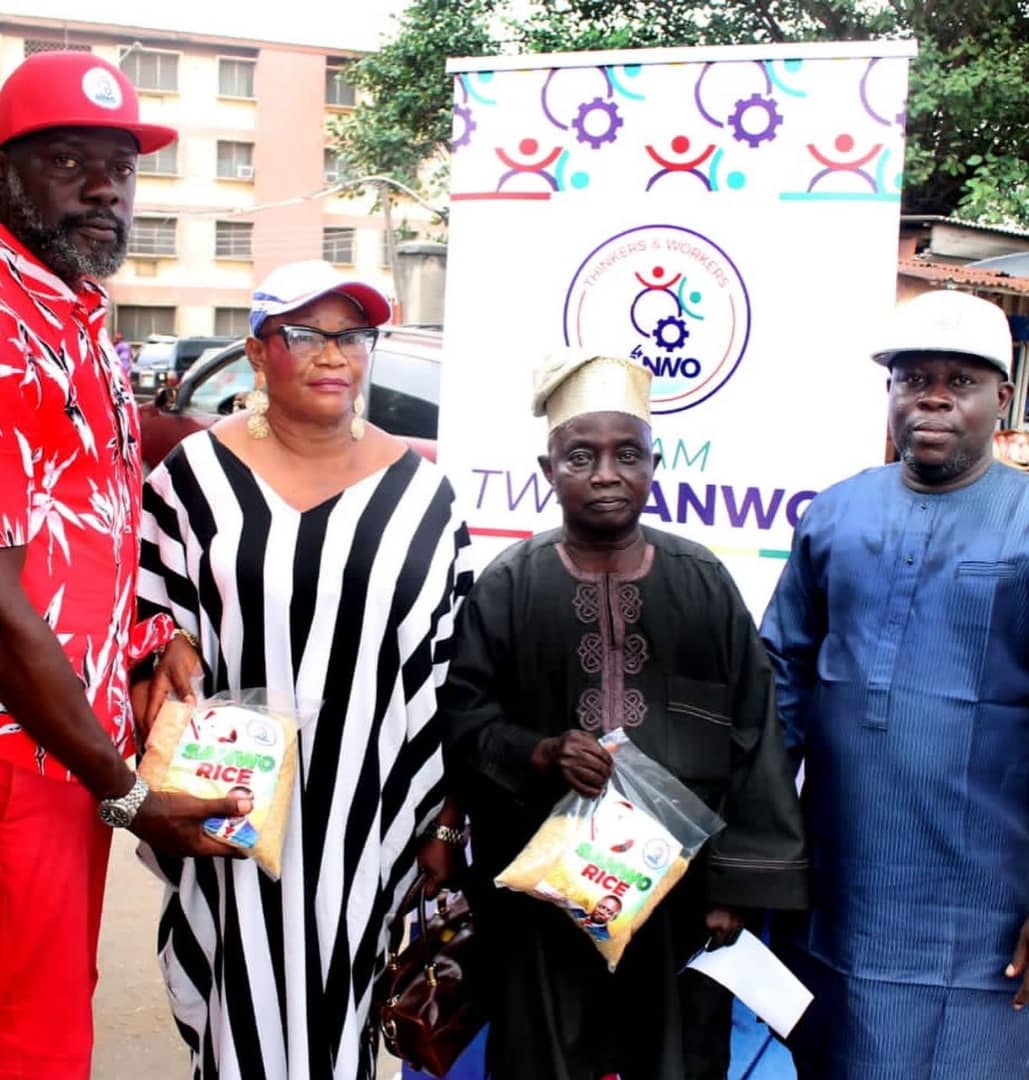 Posted By: The Gazelle NewsIn: News, PoliticsNo Comments
Print Email
A coalition of young individuals, ‘Team TW4Sanwo’ (Thinkers and Workers for Sanwo-Olu), championing the re-election of the Governor of Lagos State, Babajide Olushola Sanwoolu recently donated sundry food items to the elderly people in Ogba and its environs of Lagos.
During the outreach that attracted men and women of ages 60 years and above, the group disclosed that they are embarking on the initiative because they believe very much in the governor and pleaded for their prayers and support for him.
One of the elders at the outreach event, Pa. Gbolahan Opere described the initiative as a commendable move and prayed for the group.
According him, groups like these always concentrate on youths, believing that the senior citizens can’t have much impact during elections but that the group deserves encouragement and said they are proud of the governor and he has their supports and prayers.
Another beneficiary, Madam Regina Cole thanked the team and promised that the team can rest assured that their support is for Governor Sanwoolu.
The group (Thinkers and Workers for Sanwoolu) was led to the event by its Coordinator, Mr. Victor Ganzallo.
Other members at the event are: Mr. Seyi Ogunfowote, Mr. Rahman Nurudeen, Mr. Ademola Akinyode, Mr. Ibrahim Raji, Mr. Sunmibola Aluko, Mr. Olawale Longe, Mr. Damilola Oladoyinbo and Mr. Tope Lawal.
The co-coordinator of the group, Mr. Kayode Alfred, said the exercise is born out of pure love and passion for the governance style of Mr. Sanwo-Olu and also a means of spreading the good news of his administration amongst Lagos traders.
Weeks ago, the dynamic group visit selected Lagos markets to distribute hundreds of branded aprons to traders as a show of love and support for the Governor.
The group, Team TW4Sanwo, was inaugurated with the objective to think and work towards the re-election of Governor Sanwoolu, the group described him as a performing Governor who deserves the support of all and sundry, in order for him to consolidate on the good job he is doing in the state.