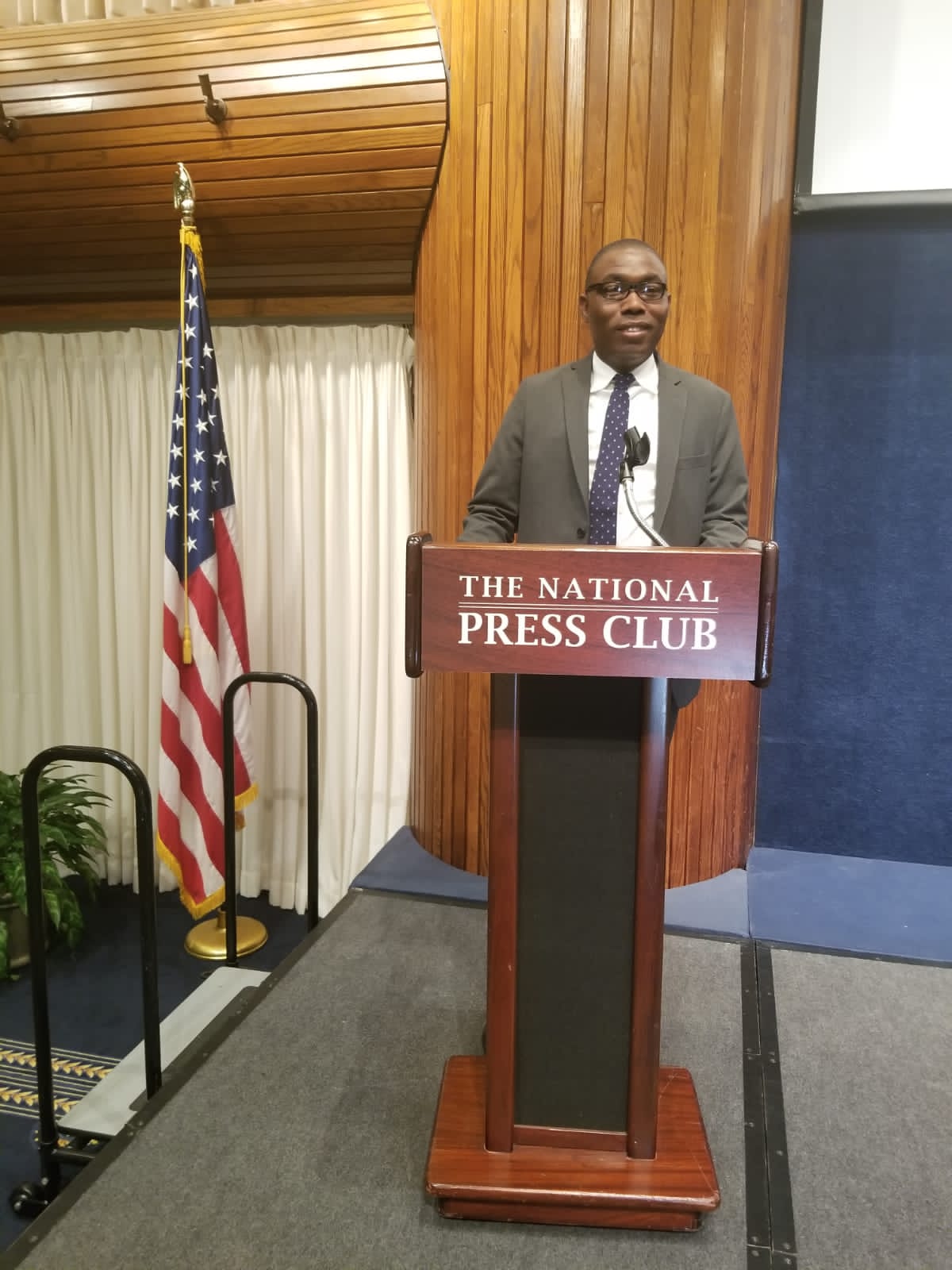 Posted By: The Gazelle NewsIn: News, PoliticsNo Comments
Print Email
Washington DC: The Presidential Candidate of the Social Democratic Party (SDP), Prince Adewole Adebayo, said at the weekend he would employ the full weight of the law on incessant attacks in the country even as he pledged to reaffirmed his party’s commitment to religious freedom in Nigeria.
Adebayo made the remarks  as a guest of the United States Commission for International Religious Freedom penultimate week.
The meeting, presided over by Acting Chairman, Commissioner Fred Davie, representing Senate Majority Leader Chuck Schumer; was attended by fellow commissioners representing US President Joe Biden, Commissioner representing Speaker Nancy Pelosi, Rabbi Abraham Cooper representing Senate Minority Leader Mitch McConnell and other commissioners.
Adebayo  reiterated his belief that it is the responsibility of the government to guarantee the safety of life and property in a functioning State, adding that a denominational or sectarian interpretation of the causative factors for killings and attacks in Nigeria is not a necessary analysis for putting an end to the crises because it is the duty of a functioning government to protect lives and property and guarantee safety and freedoms of all citizens without discrimination and regardless of the motive of the violator.
“I will employ the full weight of government powers to contain the incessant attacks on Nigerian communities to stave off the perception that the country is drifting towards a failed state scenario,” he said
In response to questions posed by the Commissioners on what the position of the United States Government should be on the issue of allegations of genocide and religious persecution in Nigeria, Adebayo advised the United States Government to approach Nigeria as a diverse country in which Christians, Moslems and other faiths will continue to live together and intermingle increasingly.
“What is required is effective governance and rule of law to ensure that everyone in Nigeria feels equally safe and protected without any cause to fear discrimination or persecution based on religious and other identity”, he stated.
He emphasized that a government that fails to protect all citizens has no basis on which to assuage the subjective or objective fears of any group who feels unsafe and persecuted. “It is only by effective governance and fair administration of justice that a government assures all citizens of safety and security”.
He promised that his administration would enforce the Terrorism (Prevention) Act 2011 which enables the government to prevent and punish perpetrators of religious persecution, hate crimes and other abuses.
The Commission on behalf of the United States Government commended the visiting presidential candidate and his delegation and wished him safe travels and success in his quests.

Job Racketeering In UNIMAID As Officials Sell Jobs For N1.5m