By The Gazelle NewsNovember 8, 2021No Comments4 Mins Read 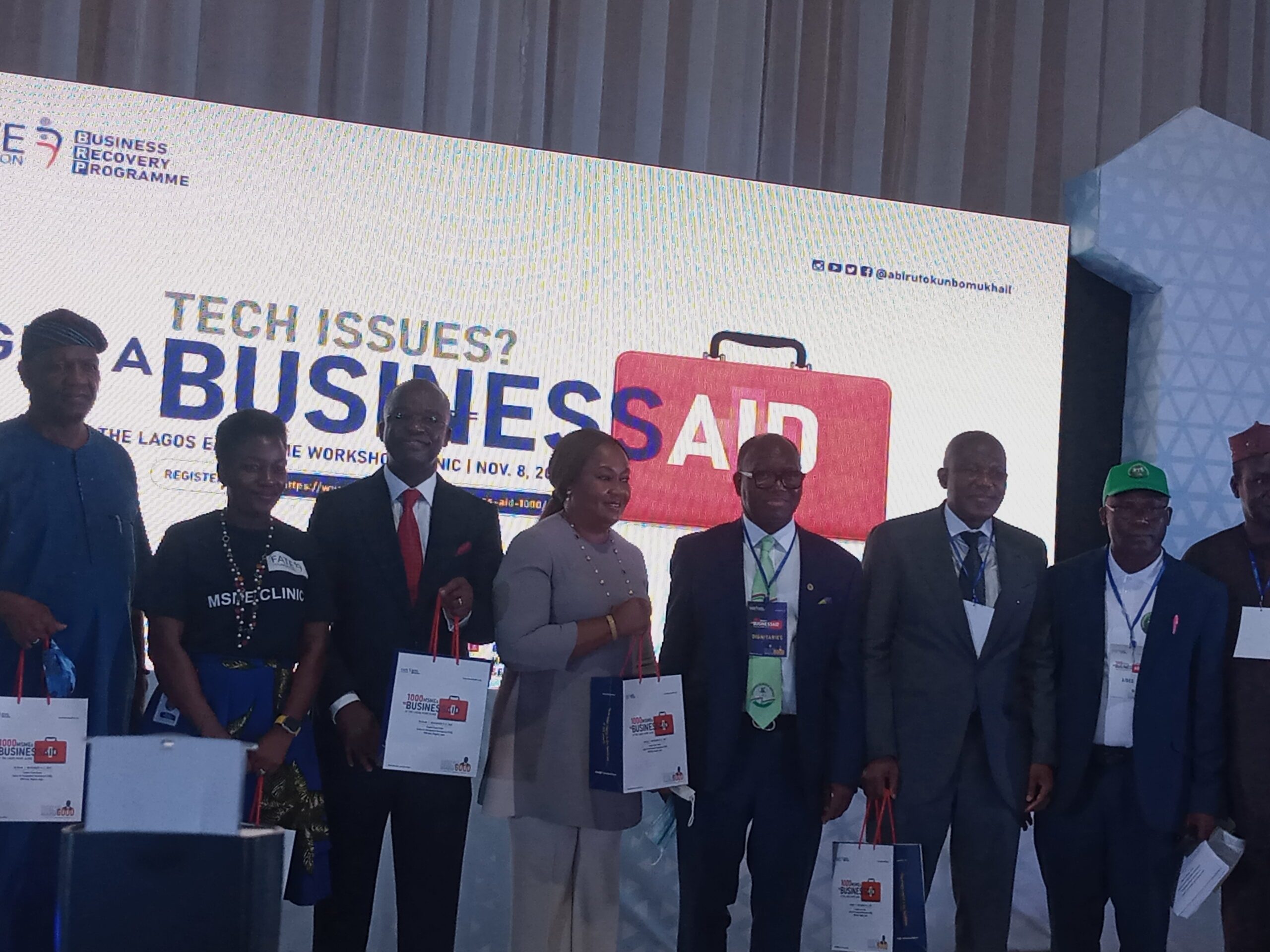 Share
Facebook Twitter LinkedIn Pinterest Email
The Chairman of the Senate Committee on industries, Senator Mukhail Adetokunbo Abiru, on Monday, 8 November, 2021 organized a capacity development training for 1000 Micro, Medium and Small Enterprises, MSMEs in the Lagos East Senatorial District.
Abiru, an accomplished banker, said the training was to enhance the capacity of micro, medium and small business owners in the Senatorial district to scale adding that lack of capacity had been identified as one of the major reasons MSMEs fail. 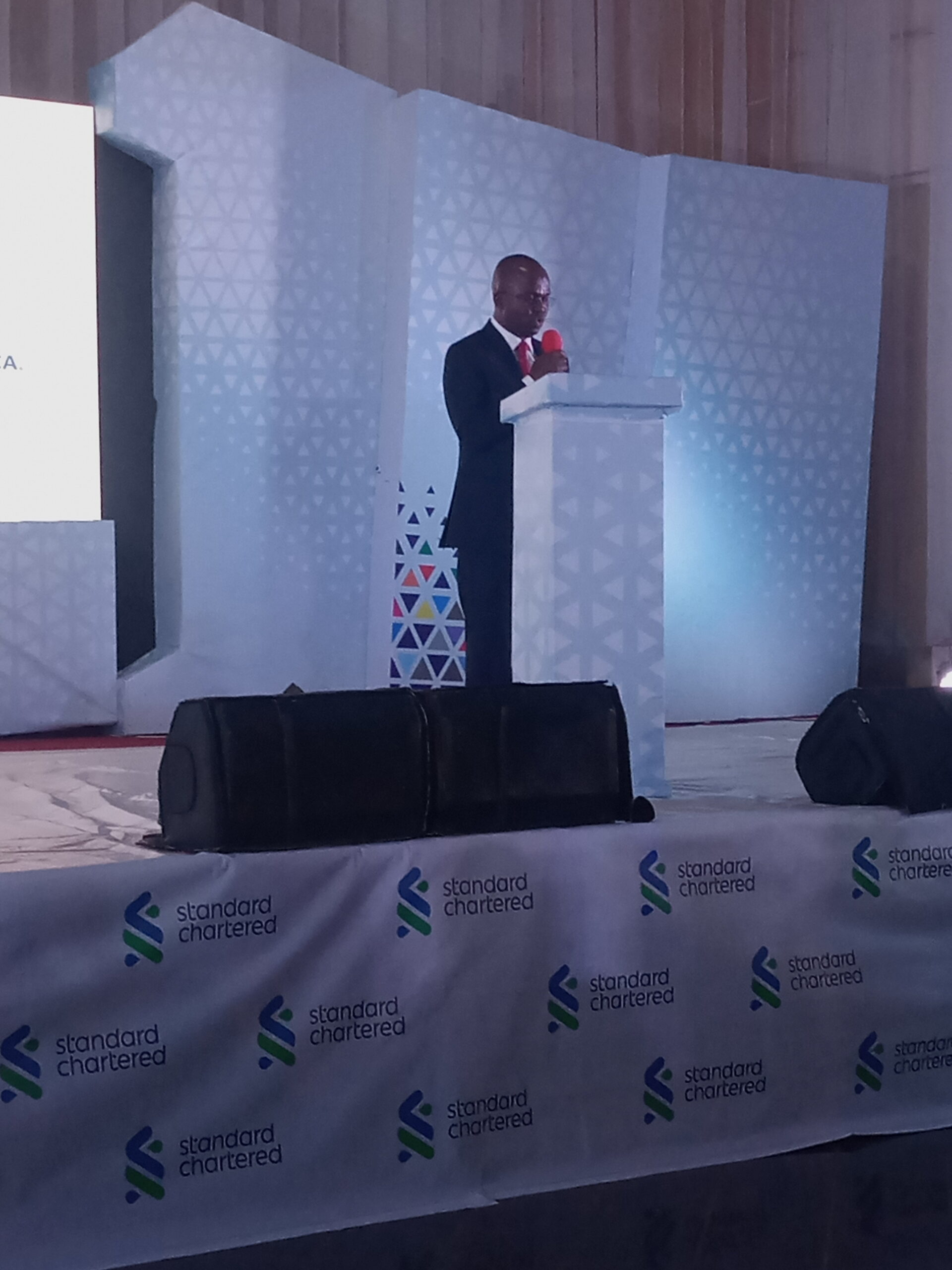 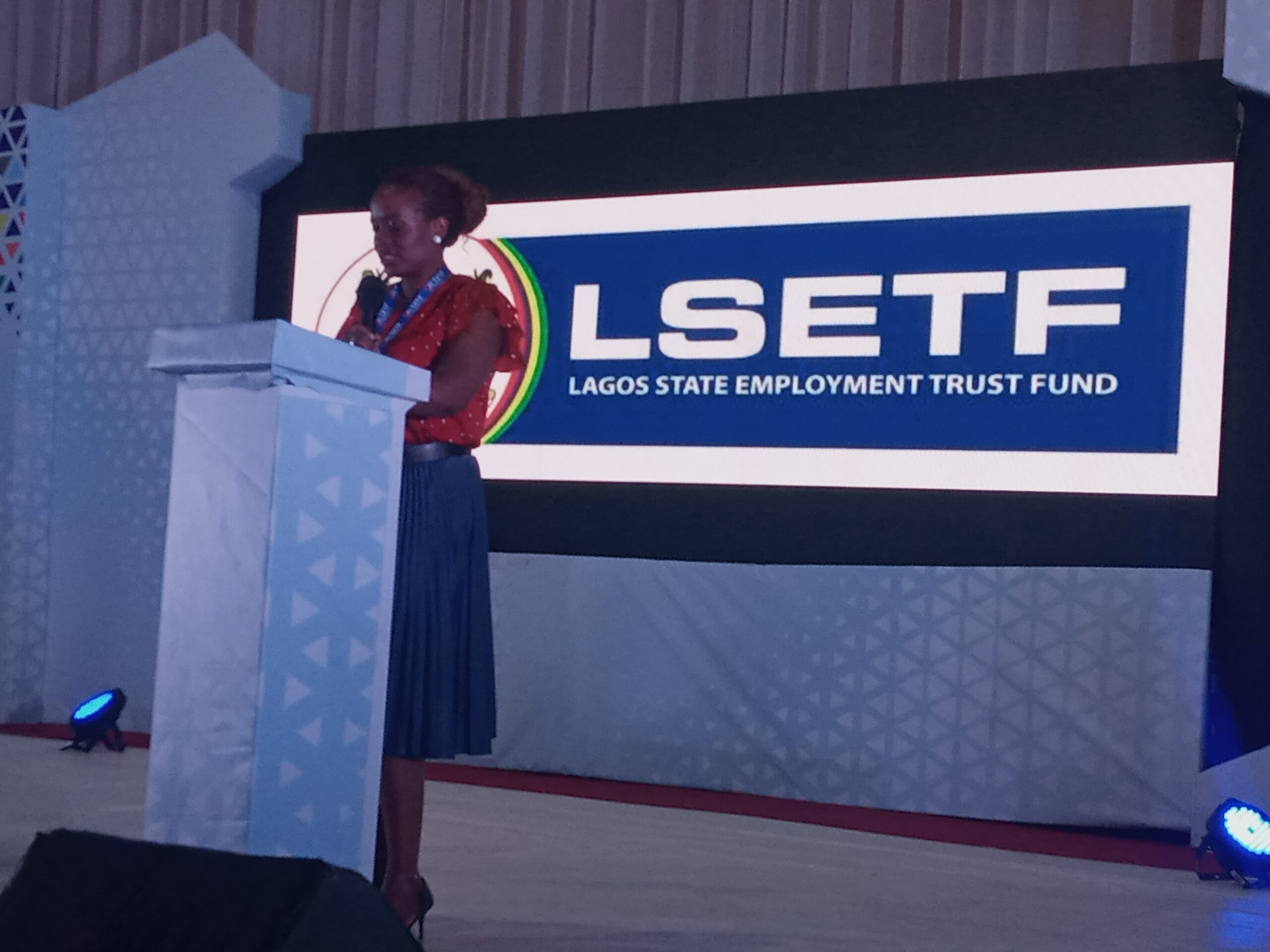 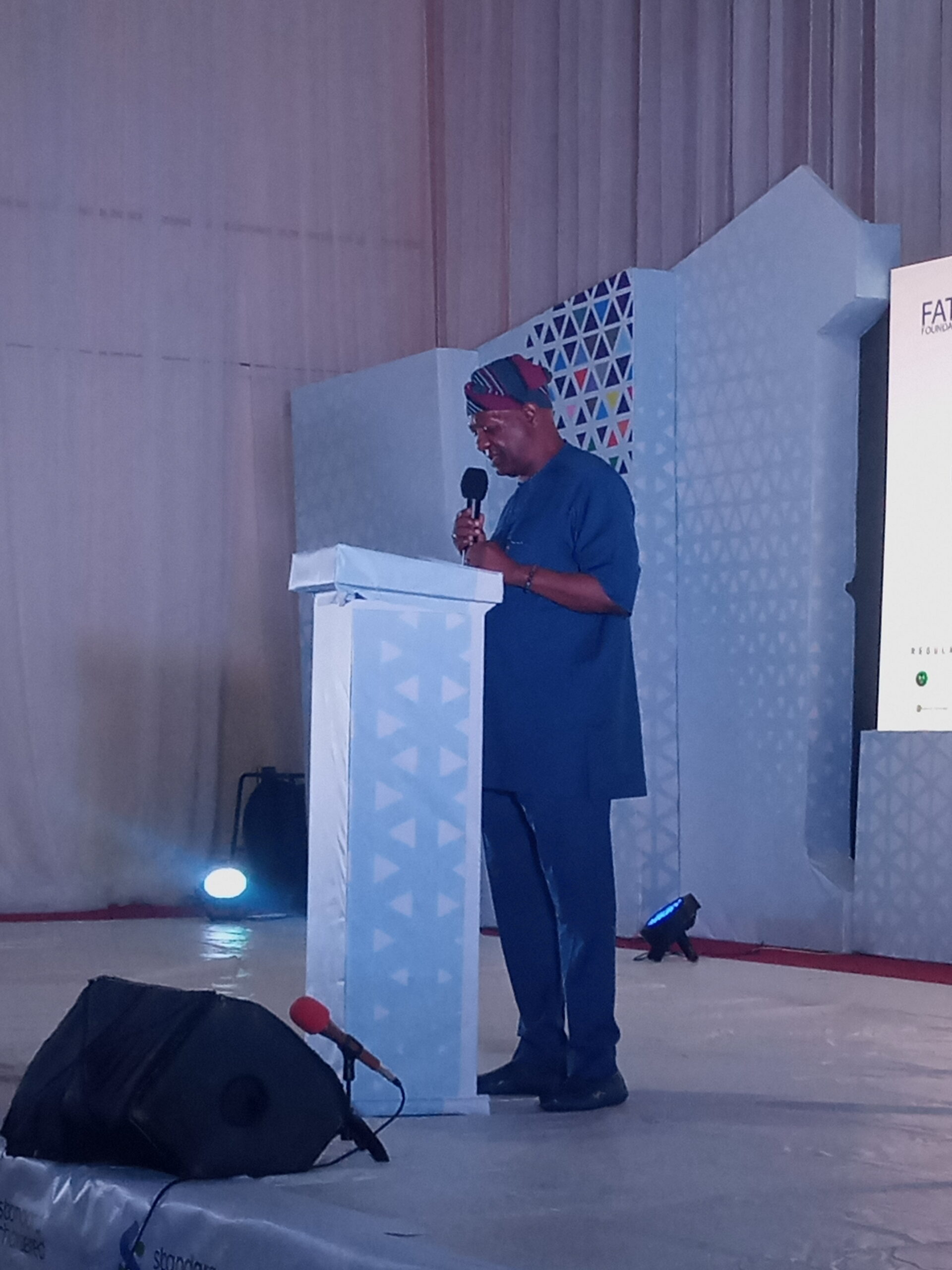 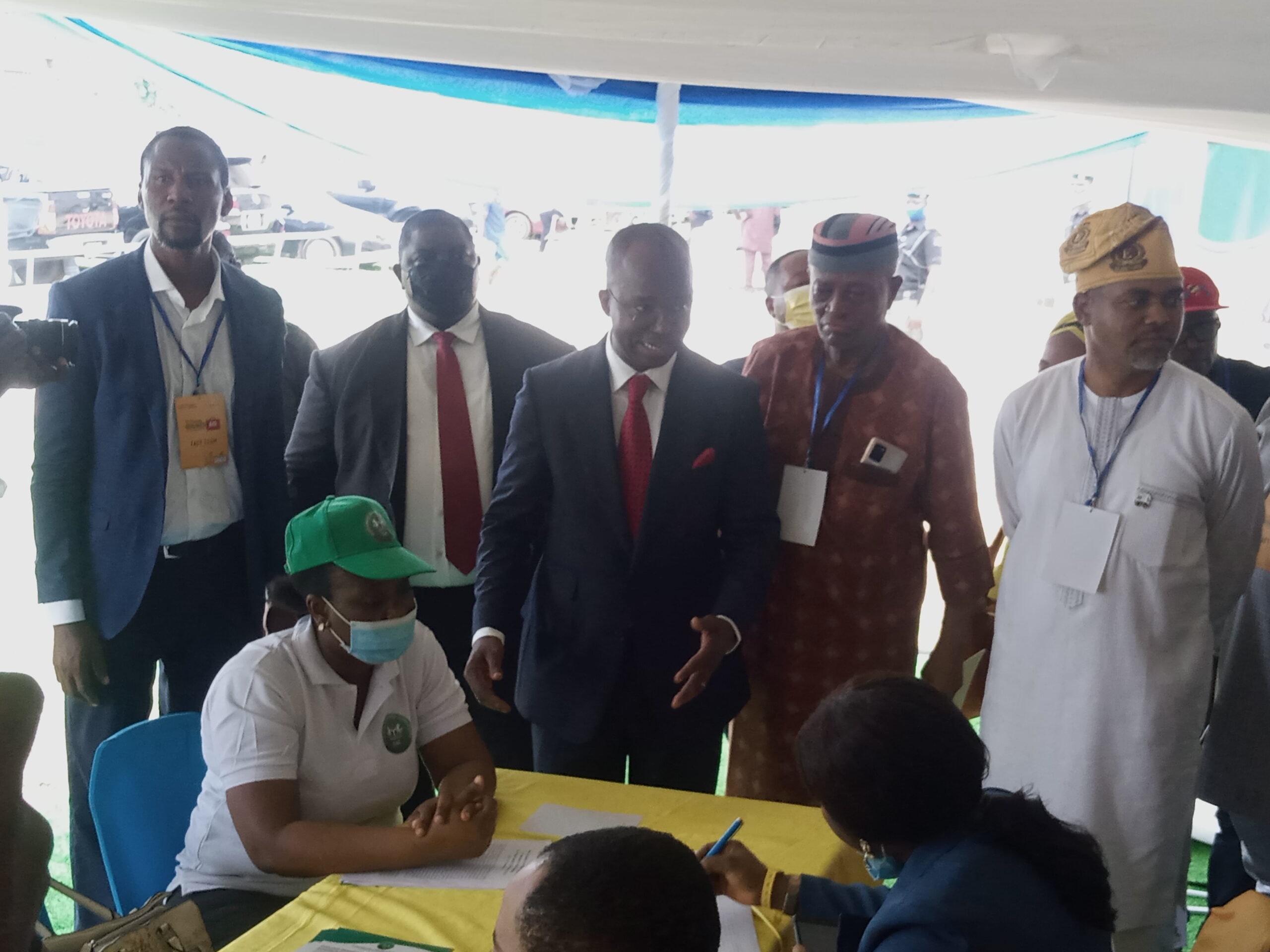 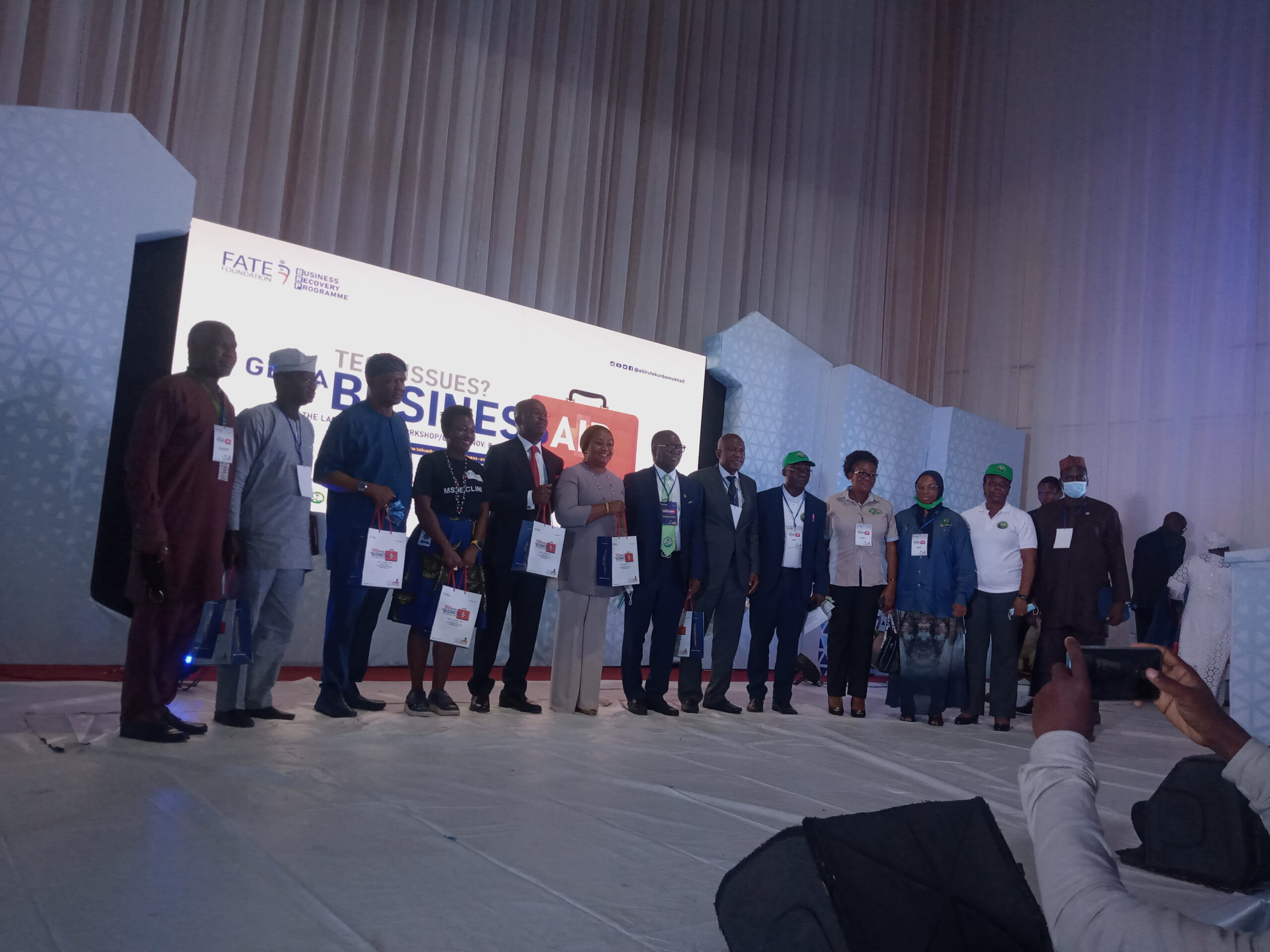 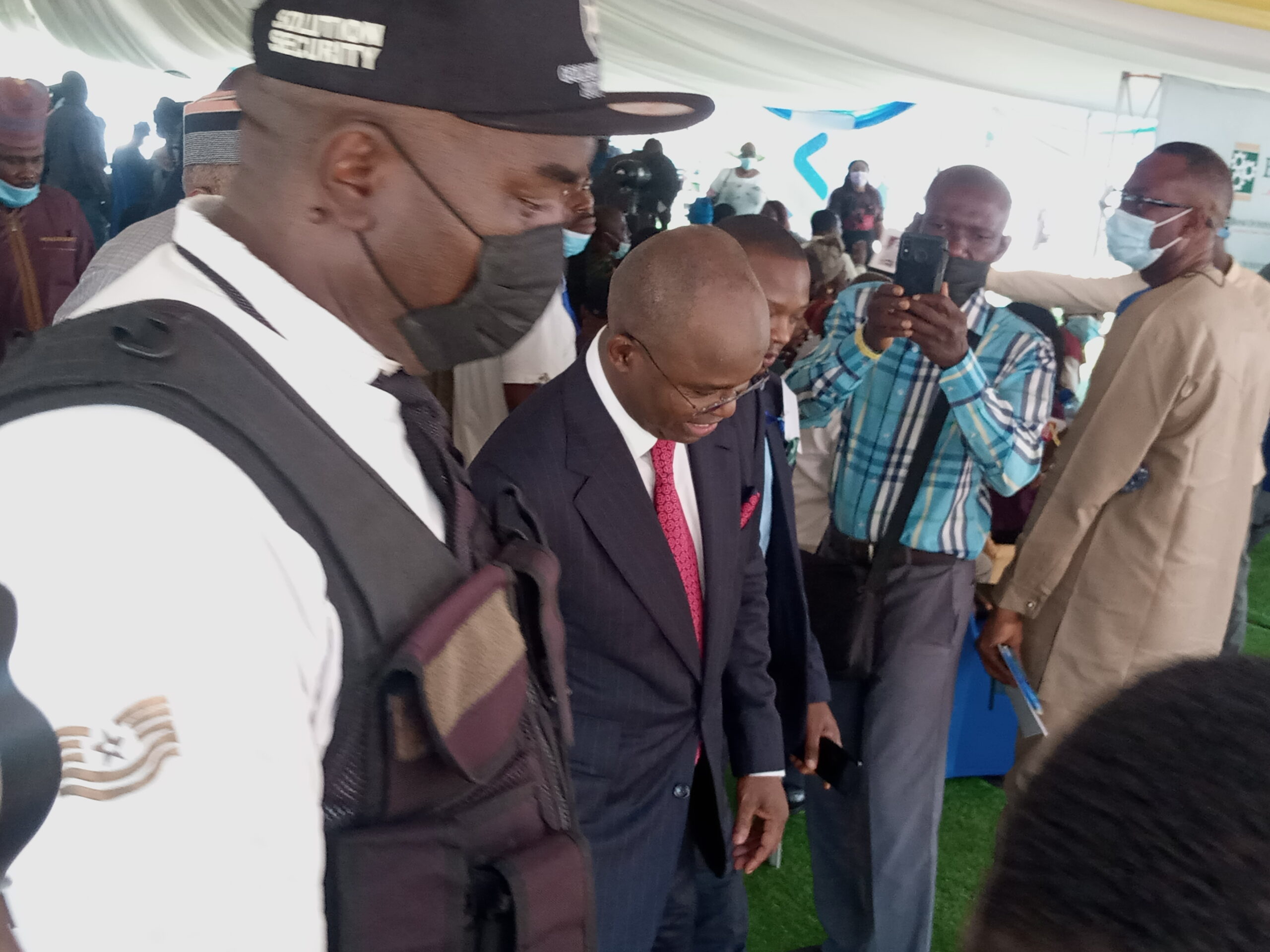 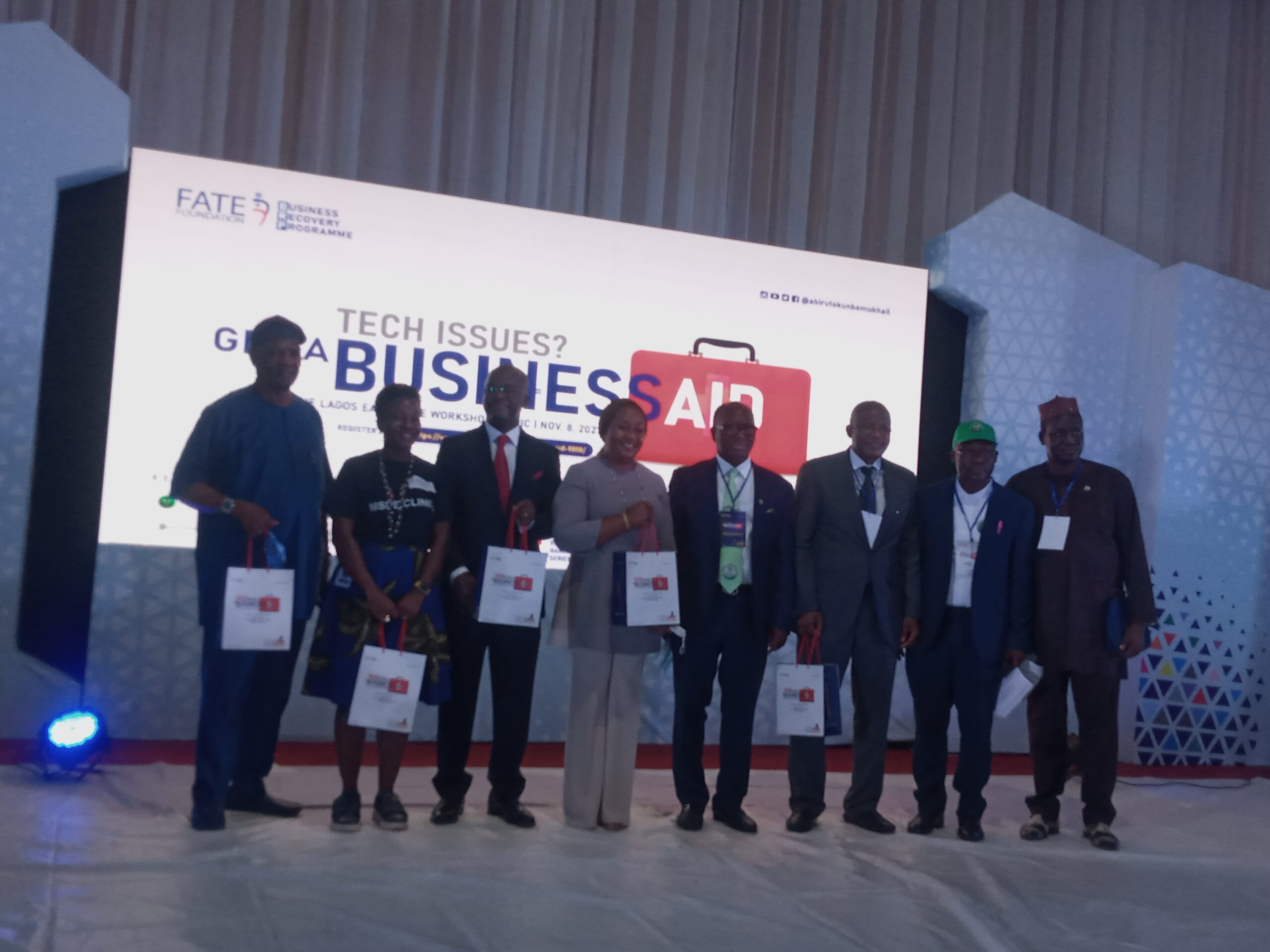 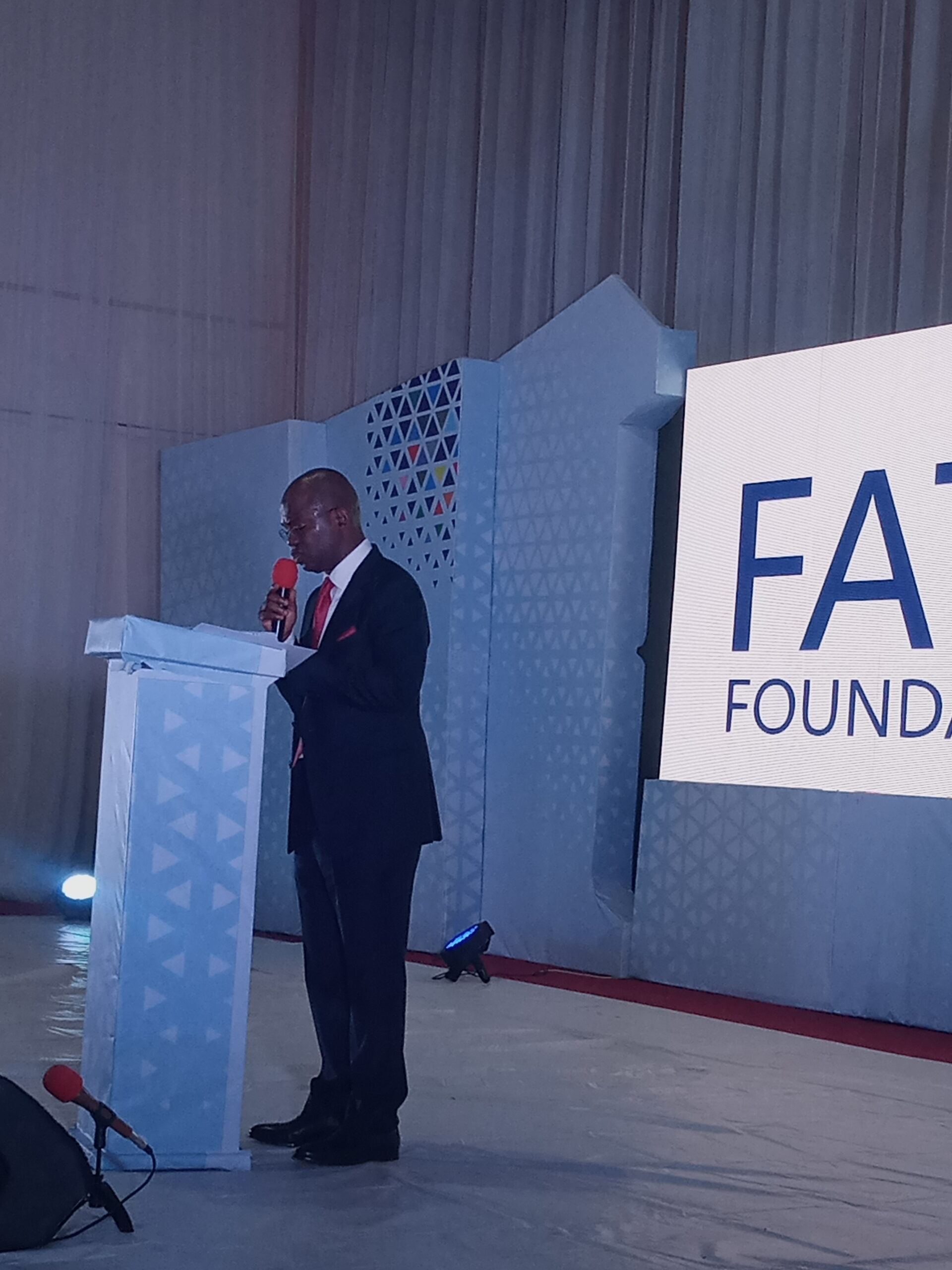 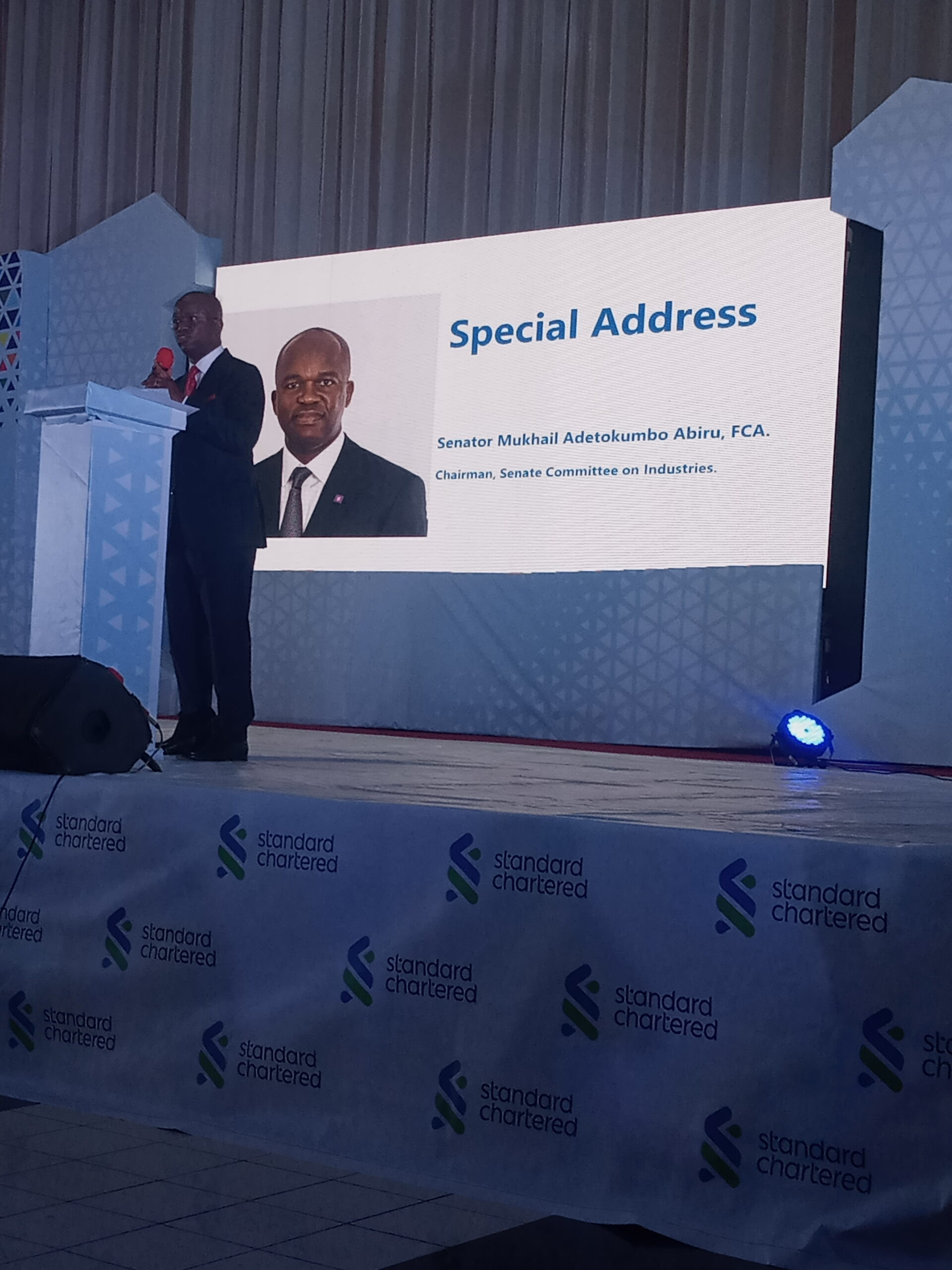 The one-day MSME Clinic/Workshop that was organized in conjunction with The Fate Foundation had major figures in the MSMEs ecosystem in attendance like the Managing Director, Bank of Industry, Mr Olukayode Pitan; the Executive Chairman, Lagos State Inland Revenue Service (LIRS), Mr Ayodele Subair; Executive Secretary, Lagos State Employment Trust Fund, Mrs Tejumola Abisoye; officials from Small and Medium Enterprise Development Association of Nigeria (SMEDAN) led by the agency’s Director of Planning Research, Monitoring and Evaluation, Mr Wale Fasanya; and Standard Organization of Nigeria(SON) team led by the Head of SME desk, Mrs Phebean Arumemi and renowned business consultants.
Highlighting the critical roles MSMEs play in the nation’s economic development, the Senator said ‘’MSMEs account for the majority of businesses worldwide and are important contributors to job creation and global economic development. They represent about 90% of businesses and more than 70% of employment worldwide”’.
He continued; ‘’Formal SMEs contribute up to 40% of national income (GDP) in emerging economies. These numbers are significantly higher when informal SMEs are included. The latest SMEDAN/NBS MSME Survey indicates Nigeria’s SMEs contribute nearly 50% of the country’s GDP and account for over 80% of employment in the country.
“It has been projected by the World Bank that about 600 million jobs will be needed by 2030 to absorb the growing global workforce, which makes SME development a high priority for many governments around the world. In emerging markets, most formal jobs are generated by SMEs, which create 7 out of 10 jobs”, Abiru told the participants.
Abiru said it was therefore instructive to assist the struggling businesses who were mostly impacted by the devastating COVID-19 pandemic with workable business solutions in the new normal world.
The senator said that the knowledge pack, a combination of seven books written by foremost experts which were participant got for free are reference materials for now and future adding that their contents are the secret of success of most major businesses.
According to him, “Timeless and highly valuable literature on subjects of Tax Management, Human Capital, Financial Management, Marketing and Communications, Strategy, Legal and digital technology will be made available to you at the expense of my Foundation.
The leading Nigerian Entrepreneur pack is a practical “do-it-yourself manual” that will greatly aid your business decisions and strategies as you journey along.
“These materials are authored by the following foremost hands on world acclaimed professional firms with deep insights on the Nigerian business environment such as: ACCA, KPMG, Deloitte,Banwo and Ighodalo, Verraki Business Solutions for Africa, A’lime Media and StreSert.
To the admiration of participants and dignitaries that graced the occasion, the Senator announced the launching of N100 million soft business loan support trained MSMEs with working capital, as well as asset finance for equipment acquisition at a highly subsidized interest rate.
The N100 million constituency Intervention revolving facility which be executed in partnership with Small and Medium Enterprises Development Agency, SMEDAN has minimum limit of N100,000 (One hundred Thousand Naira) and maximum of N1 million with as low as 6% interest rate with flexible repayment plan from 1 to 12 months starting from Q1, 2022. The senator mulled plans to increase the revolving facility in the same sum on yearly basis.
The Bank of Industry (BOI) also agreed to commit additional 100 million to the scheme.
A former Lagos State Commissioner of Finance and Governor’s Advisory Council member, Mr Olawale Edun applauded the gesture of Senator Tokunbo Abiru describing the business aid as a great initiative.
Also, a former Minister of Works, Senator Adeseye Ogunewe urged other elected public office holders to learn from the giant strides of Abiru. The former minister who accompanied Senator Abiru on touring business clinic consulting desks urged participants to place premium on the knowledge they had acquired in the course of the workshop and business clinic.