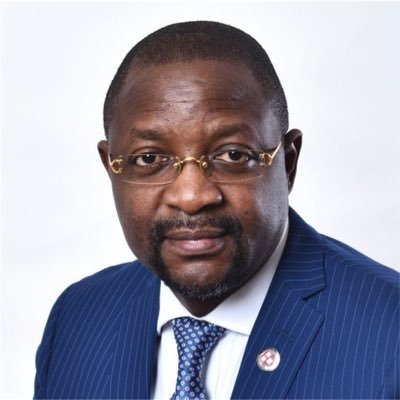 Posted By: The Gazelle NewsIn: News, SportNo Comments
Print Email
The Ministry of Youth and Sports Development has said that it will adopt some measures that would be put in place to ensure that adequate screening is carried out to admit athletes for the National Youth Games in the country following the soaring issues around age cheat in the games.
The Minister of Youth and Sports Development, Mr. Sunday Dare disclosed this during the closing ceremony of the 6th National Youth Games held in Ilorin, the Kwara State Capital.
Dare who  expressed his dismay over the current trend of age cheat at the National Youth Games which is meant for Athletes under the age of 15, frowned at it, emphasizing that this may affect the growth of sports in the country.
According to him, “the Ministry of Youth and Sports Development wants to declare that going forward we will ensure that we adopt more scientific means of identifying age cheat next time and mete out stiff penalties to the offending athletes and the state they represent.”
“I want to condemn and express my disappointment about a few of the problem around age cheating that continues to roar its head specifically even during this games”, he said.
The Minister  stated further that the Ministry  in addition “will consider the National Identity Management Card (NIMC) registration as a requirement, and others that will be rolled out later in our letters that will go out to the States and there will be need for all Athletes to have an NIMC registration before they can participate henceforth”.
“This document would be required, would be developed and we will work in conjunction with the Organization in charge, this measure is needed to avoid losing out on a possible potential medalist being screened out as over aged while they are not or vice versa”. Dare emphasized.
He explained that, the identification of talents since the inception of the Games in 2013 would be attributed to the deliberate policy and initiatives of the Ministry to create a platform for achieving its goals and objectives for selection of athletes to represent the country at international competitions.
The Minister noted that ”As a Ministry, what we have seen here in the last few days have reinforced our belief that every effort put into grassroots sports development is a worthy investment and not a waste.
This is a crucial step in the initiatives that the Federal Ministry of Youth and Sports Development has adopted to identify these talents early, give them the technical and financial support, provide them guidance and see them become world beaters in the not too distant future”, he said.
These outstanding  talents and many more that have been identified he added, will be properly groomed and prepared for the African Youth Games in Ethiopia in 2022 as well as the Youth Olympics in Dakar, Senegal.
He commended President Muhammadu Buhari for his constant support that has ensured the harnessing of youth potentials and development of sports at the grassroots level for socio-economic growth of the country.
Speaking earlier, the Vice- Chancellor of the University of Ilorin, Prof. Sulyman Age Abdulkareem, represented by the Deputy Vice Chancellor (Research, Technology and Innovation), Prof Mikel Buhari extolled the collaboration and partnership between the Federal Ministry of Youth and Sports Development and UNILORIN on the successful hosting of series of NYG at the ivory tower.
The 6th National Youth Games draws to a close with Team Delta emerging the overall champions clinching 60 gold medals, 26 silver and 28 bronze.
Kano State Government is expected to host the 7th edition of the games next year.