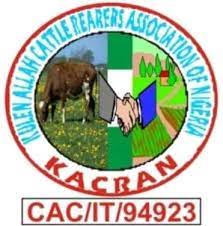 Posted By: The Gazelle NewsIn: News, Politics, ReligionNo Comments
Print Email
An association of cattle herders, Kulen Allah Cattle Rearers Association of Nigeria (KACRAN) have warned politicians and religious leaders to desist from calling on Nigerians to vote along ethnic and religious lines.
The association in a signed statement on Wednesday, 20 July, 2022, by its National President, Hon Khalil Bello said: “We are working hard to bring peace between cattle rearers and their beloved brothers, the arable farmers. We in KACRAN have noted with dismay and dissatisfaction,the habit of some politicians, religious leaders and preachers, who play primitive and parochial politics with religion by inciting and promoting inter faith conflicts in their political campaigns and messages. We utterly condemn this practice, and hereby appeal to all politicians, religious leaders and all Nigerians to discountenance and disregard political campaigns where people are told to vote on religious or tribal lines.”
KACRAN while appealing to all politicians and religious leaders to pay more attention to what will bring unity in Nigeria, than what will further divide citizens of the country, said: “KACRAN wishes to express its sadness on how some of our politicians and religious leaders who are suppose to help towards bringing peace and unity in the country, painfully resort to making utterances that will bring division in the country, at this crucial time, when we seriously need ardent prayers for peace and unity.”
Bello, in the statement, said: “It is worrisome and disheartening that we have come to a situation where some religious preachers openly tell people not to vote a member of a particular tribe or religion. This is an irritating, divisive message that can lead the people of the other religions feel hated and unwanted. This in the end will lead to more disunity and disenchantment, and this is dangerous for our national unity.”
He said KACRAN object and strongly condemn religious and tribal based  campaign and messages of that nature,  by any politician or religious leader, emphasizing that Nigerian politics is not ethnocentric or faith based.
He noted that in the entire country, you will never see a mosque, church or any other place of worship named after a political party.
He added that: “Politicians and religious leaders, should desist from exploiting the ignorance of our rural people, to cajole them, or induce them to vote along ethnic or religious line. Ethno-religious campaigns, will bring more harm than good to our political process and national unity. More over we encourage all party candidates not to allow such campaigners to be part of their campaign team. Our people should also know that such campaigns have no room in the political space of Nigeria.”
He equally said: “We further suggest that people should avoid anything that will bring division in the country but concentrate only on what will bring peace, unity and cohesion in the country.
“Our politicians and religious leaders should note that, it is their responsibility to do everything humanly possible to unite Nigerians but not act on the  contrary. Candidates’ good records, character, capacity, competence, previous performances, if any, ability to solve our national security problems and bring rapid developments in the country, is what  the electorate are after not religious or tribal bias or sentiments.”
Bello said: “KACRAN, wonders why some Nigerians in the 21st century, are trying to drag Nigeria back into the dark ages, where tribal and/or religious divides are  the main factors for consideration in politics above  competence and capacity.”
“Politicians should base their campaigns on manifestos, and telling the electorates what their vision,  mission, programmes, etc are and what they want to achieve,rather than thinking of the mundane ways of deceiving them to garner their votes.”