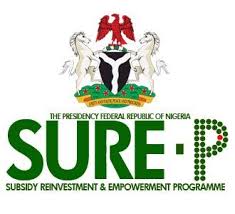 Kwara State Government has said that the N3,529,734,298.96 SURE-P (ECA) Refund it received on behalf of the 16 local government areas will go into paying parts of the arrears of unpaid salaries to SUBEB teachers, local government workers, and other categories of workers and officials.

“In line with the administration’s commitment to use any extra funds to steadily offset the arrears owed to the SUBEB and local government workers and other categories of persons owed by the past administration, a decision has been taken to use the N3.5bn SURE-P Refund to pay the workers. This is a show of good faith and a reassurance that every kobo owed to the workers by the former administration will be paid at every opportunity because it is their legitimate right,” according to a statement by the Kwara State Ministry of Local Government, Chieftaincy and Community Development.

“It is important to stress that these arrears totalled N11,112,233,818.20, so the ECA Refund will go into paying parts of it, just as the government has been using any extra funds or savings (after meeting their obligations) to steadily offset the huge arrears,” the statement added.