They Won, But Not For Their Tribes

By The Gazelle NewsAugust 11, 2022No Comments4 Mins Read 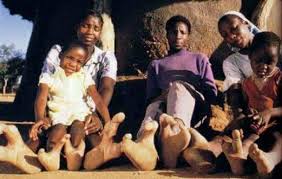 Share
Facebook Twitter LinkedIn Pinterest Email
By Valentine Emeka Utulu
Four young women of Nigerian extraction stood on the tracks yesterday, in Birmingham, England. They stood together with other athletes from all over the world. All were elite athletes, rigorously selected by their nations for the Commonwealth games. The prize this time was the 4×100 meters relay gold.
Jamaica was the favourite to win the race. They had in their team, the mercurial Elaine Thompson-Hera, regarded as one of the greatest sprinters of all time, a five-time Olympic champion, the fastest woman alive over the 100m and the third fastest ever over the 200m. Every athlete worth their salt knows to beware of Jamaican speed.
Also in the finals was Great Britain, the defending champion, running at home.
The Nigerian girls were tense and nervous. They did not want a repeat of what had happened in the just concluded world championships where despite their best efforts, they had ended up 4th, outside the medal placings, even though they ran a new African record of 42.22 seconds.
They had trained for this moment and prayed and trained and prayed. Everything hung in the balance. Even the air was still.
Now they had replaced Joy Udo-Gabriel with Tobi Amusan, the reigning world record holder, world Champion and Commonwealth Champion the 100m hurdles. Amusan was the first leg, and they were counting on her for an explosive start.
Poised at the second leg was favor Ofili, a nineteen-year-old with blistering speed. She was the first Nigerian woman ever to go beneath the 22 second barrier in the 200m. From her surname, you may deduce she hails from the Igbo speaking parts of Delta State. In her and her colleagues lay the future of Nigerian female sprinting.
On the third leg was Rosemary Chukwuma, who at 20 was already a veteran, having won a bronze in the 2018 Commonwealth games and gold in the Summer Youth Olympics of the same year. She hailed from Ebonyi State.
On the anchor leg was Nzubechi Grace Nwokocha, another veteran at 20. Nwokocha had been sprinting since she was in nursery school. It was in her blood. At the National Sports Festival, “Edo 2020” she had represented Delta State.
So here were two Deltans, one  Ebonyi and one Ogun State woman representing all of Nigeria.
When the starter’s gun went off, Ogun State born Amusan took off like a bullet and ran a fine leg. She handed the baton smoothly to Ofili and Ofili continued in the same trajectory. At the 200m mark, Chukwuma took over and ran a fine bend and handed over to the National champion Nwokocha. By the time Nwokocha breasted the finish line in a new national record, Britain was about 3 meters behind her and Jamaica was struggling for Bronze. Nigeria had won gold.
When I wrote an article some weeks ago celebrating the feat performed by Tobi Amusan in winning gold at the World Championships and breaking the world record in the process, I was surprised to get a phone call from one retired Nigerian diplomat who lives in Kaduna. I did not know the article had gone so far.
He told me how much he loved my essay and that he read it with tears in his eyes. He said when he saw I was the author, he just had to call me. He could relate with the story he said, and agreed with me that Tobi indeed won AGAINST ALL ODDS. He recalled that while he was in one of his postings in a foreign country, he had to take emergency measures when the Super Falcons were abandoned by their Nigerian handlers. The host country had to bring their own bus to ferry our girls to the venue of the match. The girls were so demoralized that they could not perform.
The Alhaji who called me was a northerner and a Muslim. But here he was with tears in his eyes celebrating the triumph of Tobi Amusan, a Christian from Ijebu-Ode.
The relay quartet that won gold for Nigeria at the Commonwealth games did not run for their tribes. They ran for Nigeria. So when politicians play the ethnic card and the religious card to divide and rule us, do not fall for their wiles. Nigerians love each other. It is the politicians who divide us.
We have the talent in abundance to dominate in sports and win the world cup and top the table standings in the Olympics. What we lack is capacity. We must build capacity and to build capacity you need competent leadership, not tribal or religious leadership.