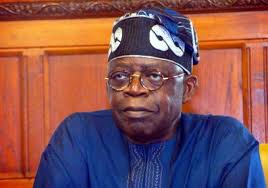 Posted By: The Gazelle NewsIn: News, PoliticsNo Comments
Print Email
We the Coordinators of Tinubu Support Organization in the South West States of Nigeria; Lagos, Ogun, Osun, Ondo and Ekiti States being critical stakeholders in the formation, management of the affairs and the entire structure and funding of the organization within our individual states over the last two years hereby register our displeasure and completely disassociate ourselves with a purported news report or rumour making the rounds on the appointment of one of us who is the coordinator of Oyo State Hon Ambali as the coordinator for South West.
For the avoidance of doubt, TSO South West effort has been significantly supported and encouraged by Lagos State chapter and has remained the melting pot of all our TSO activities in the South West including the support the Director General Hon Aminu Suleiman has received. To receive such announcement of the Oyo State Coordinator to now be in charge of South West is nothing but alter disregard for goodwill and good judgment.
We the coordinators of the remaining five south west states therefore are using this medium to call the attention of all well meaning stakeholders and leaders of TSO and the attention of the Director General that this decision will boomerang negatively in the south west because we would not only reject the nomination but also not allow any form of engagements in our states.
It’s equally of importance to note that should there be any consideration for a coordinator for south west following the new alignments in TSO national and the National Working Committee of TSO that would warrant an appointment of any of the current state coordinator, it would be appropriate to allow the South West Coordinators to meet and decide on who to nominate but an action different form this is considered an affront and potentially can set us all in a disarray in the South West.
We would therefore caution and state unequivocally that:
1.Only a unanimously nominated coordinator from the south west can be assigned the role and responsibilities of a south west coordinator.
2.The decision howbeit made shall not be binding on the south west chapters of TSO
3.The nominated coordinator has since dissociated himself from the meetings of TSO coordinators in the south west and cannot therefore be a coordinator of the same region
4.Before anyone can be appointed to coordinate South West of TSO all coordinators must be present and have say in line with the principe of democracy and fairness upon which TSO is founded and in alignment with the tenets of our Presidential Candidate Asiwaju Bola Ahmed Tinubu
This communique is signed by:
1.Hon Akin Ibesanmi – TSO Lagos State Coordinator
2.Hon Lanre Oyegbola-Sodipo – TSO Ogun State Coordinator
3.Hon Segun Fanibe – TSO Ogun State Coordinator
4.Hon Akin Akingbesote – TSO Ondo State Coordinator
5.Hon Gabriel Babalola – TSO Ekiti State Coordinator