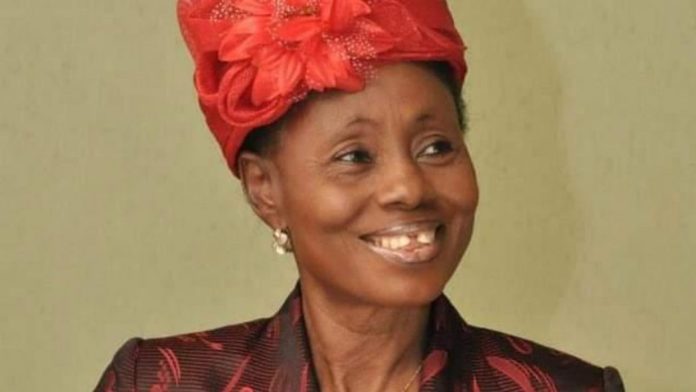 Posted By: The Gazelle NewsIn: Entertainment, NewsNo Comments
Print Email
Veteran actress Sola Onayiga has died.
An insider disclosed this in an exclusive chat with Qed.ng on Monday, 18 July, 2022.
“She was admitted to Intensive Care Unit at Lagos State University Teaching Hospital (LASUTH) two weeks ago. Got out of ICU last week but passed on this morning,” the source told Qed.ng.
Media personality Shaibu Husseini also confirmed the death in an Instagram post on Monday, 18 July, 2022.
He wrote: “I have just been informed that the accomplished Stage and Screen Actress and Fellow of Theatre Arts Auntie Sola Awojobi Onayiga has passed on. Auntie Sola who is best known for living delightfully the role of Ireti aka Catering practicals in the defunct television sitcom ‘CHECKMATE’! Reportedly passed on this morning. Journey well Ma! Journey Well!”
Sola was popularly known for her role as Ireti in the popular Fuji House of Commotion sitcom produced by the late Amaka Igwe. She starred alongside Ngozi Nwosu, Ireti Doyle, John Njamah and Andrea Chikachukwu.
She was also featured as Madam Philo in BBC’s Story, Story- Voices From The Market Place.
Speaking on how she ventured into acting in a 2006 interview, Sola said: “Before I went to study Theatre Arts, I was an amateur actress. But the first professional job I did was my participation in The King Must Dance Naked by Fred Agbeyegbe. I played Queen Odosun, one of the principal roles and was paid what I could describe as a professional fee. After the role, most people started calling me, Queen Odosun. The role was energy-sapping because the queen had a fierce personality.
“I watched actors such as Jab Adu (Bassey Okon), Elsie Olusola (Sisi Clara) among other talented artists in a popular television serial, The Village Headmaster. When I left secondary school, what I used to do at home was to gather newspapers and read; pretending to be a broadcaster. I was imitating T.V. broadcasters and I also imitate other people’s mannerisms.
This grew to stimulate my interest in acting. It was even this interest that gingered me into the role I played in the setting up of Abuja as the Federal Capital Territory.”
Sola hailed from Ikorodu in Lagos state.