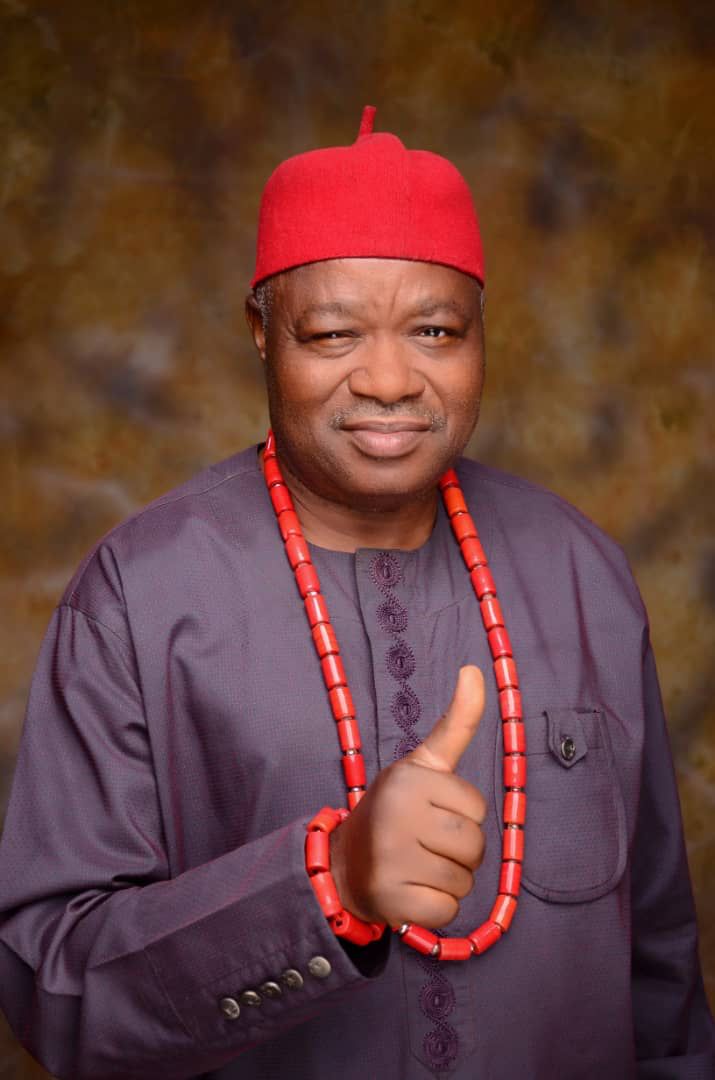 Posted By: The Gazelle NewsIn: NewsNo Comments
Print Email
The President of Ohaneze Ndigbo, Lagos State Chapter, Chief Sunday Ossai said that Ohaneze will not allow its former President, Chief Solomon Ogbonna Aguene to drag the reputation of the respected institution through the mud.
He recalled that desperation to continue in office, disrespect for elders, impunity and abuse of office led to his impeachment few days to the expiration of his tenure.
Reacting to Chief Aguene’s refusal to vacate the secretariat of Ohaneze Ndigbo Lagos, as well as hand over property of the association in his possession, the incumbent President, Chief Ossai said that plans are underway to retrieve all the properties from him without dragging the name of the association through the mud.
The President of the Apex Igbo scio-cultural organisation, in Lagos State, in a telephone chat with our correspondent said: “Ohaneze will not go and fight the former President, Chief Solomon Ogbonna Aguene because we don’t want our internal affairs to dominate discussion in the media. So, we are taking it step by step.
A process is in progress to push him out of the secretariat without making noise about it and without dragging the name of the association to the mud”.
He also disclosed that before the impeachment of the former President, he clamoured for tenure extension but members refuse to approve his request for elongation of tenure.
He said that Chief Aguene hinged his demand for tenure extension on COVID-19 and End SARS protest, which according to him, ate deep into his tenure.
Ossai said, “When he noticed that Ohaneze was not willing to grant his request, he went to court to obtain an order to perpetuate himself in office. He called it consent judgement, I wonder who consented to that, I wonder who he was in dispute with that led to both party giving consent that he should rule for more four years. This was the situation we found ourselves, hence the Ohaneze decided to impeach him. The consent judgement was supposed to have started from April but we impeached him on the 9th of July 2022, which means that he had started exercising powers based on the court judgement delivered in April. This also states clearly that we didn’t contest to the consent judgement, rather, we impeached him. So, he has no basis to say that we disobeyed the court order”.
He also laid to rest the insinuations that Ohaneze Ndigbo Lagos State, is currently fractionalized, saying, “To use the word factionalized is misleading and wrong, it is my believe that the Ohaneze Ndigbo Lagos Chapter, which I am the President is the only Ohaneze we have in Lagos. For example, those agitating for Biafra are there, does that mean that Nigeria is factionalized? We have only one Ohaneze, which I am the President, let me explain the meaning of Ohaneze to you. It means the King and the people, that is the real meaning of Ohaneze. The King and the people decided to join effort together, to improve the progress of Ndigbo. My own Ohaneze is the king and the people and we are affiliated to Enugu, which is the parent body of Ohaneze, the National Headquarters of Ohaneze, worldwide. It is my humble self that Enugu recognizes, because Enugu came to Lagos to monitor the conduct of the election and the election was very peaceful and successfully. It was keenly contested and at the end of the contest I emerged the winner of the election. I was later sworn in”.
He said that the constitution of the association only allow for one term of four years