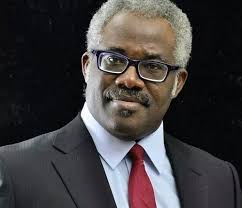 WEMABOD Gets New Board, Picks Oduntan As Chairman

Posted By: The Gazelle NewsIn: Business, NewsNo Comments
Print Email
The board and management of Wemabod Limited on Tuesday, 30 August, 2022, inaugurated Otunba Seyi Oduntan as its new chairman.
The inauguration took place at the headquarters of the conglomerate on Broad Street, Lagos, immediately after a new board was put in place.
The motion for Oduntan’s elevation from a director to chairman was moved by one of the board members, Engineer Kolawole Akinola, supported by other directors.
Speaking after his inauguration, the seasoned administrator and former Managing Director of Honeywell group said he appreciates other directors, referring to his colleagues as core professionals.
Describing Wemabod as an iconic organisation that had seen a major turnaround in the last four years, Oduntan said Wemabod has a real potential in real estate and other businesses, with asset base that is worthy of emulation.
He assured stakeholders that the new board would help to realise the potential of the company while leaving a legacy that everybody will be proud of.
Oduntan congratulated all board members and the Managing Director/Chief Executive Officer of Wemabod, Mr Yemi Ejidiran, for their commitments to making the company great.
He said: “To whom much is given, much is expected. Wemabod is a subsidiary of Odu’a and the company is looking for more investments and achievements
“We can work together to achieve outstanding results. The work ahead of us is to bring something to the table and achieve the desired greater results,” he said.