By The Gazelle NewsAugust 18, 2022No Comments2 Mins Read 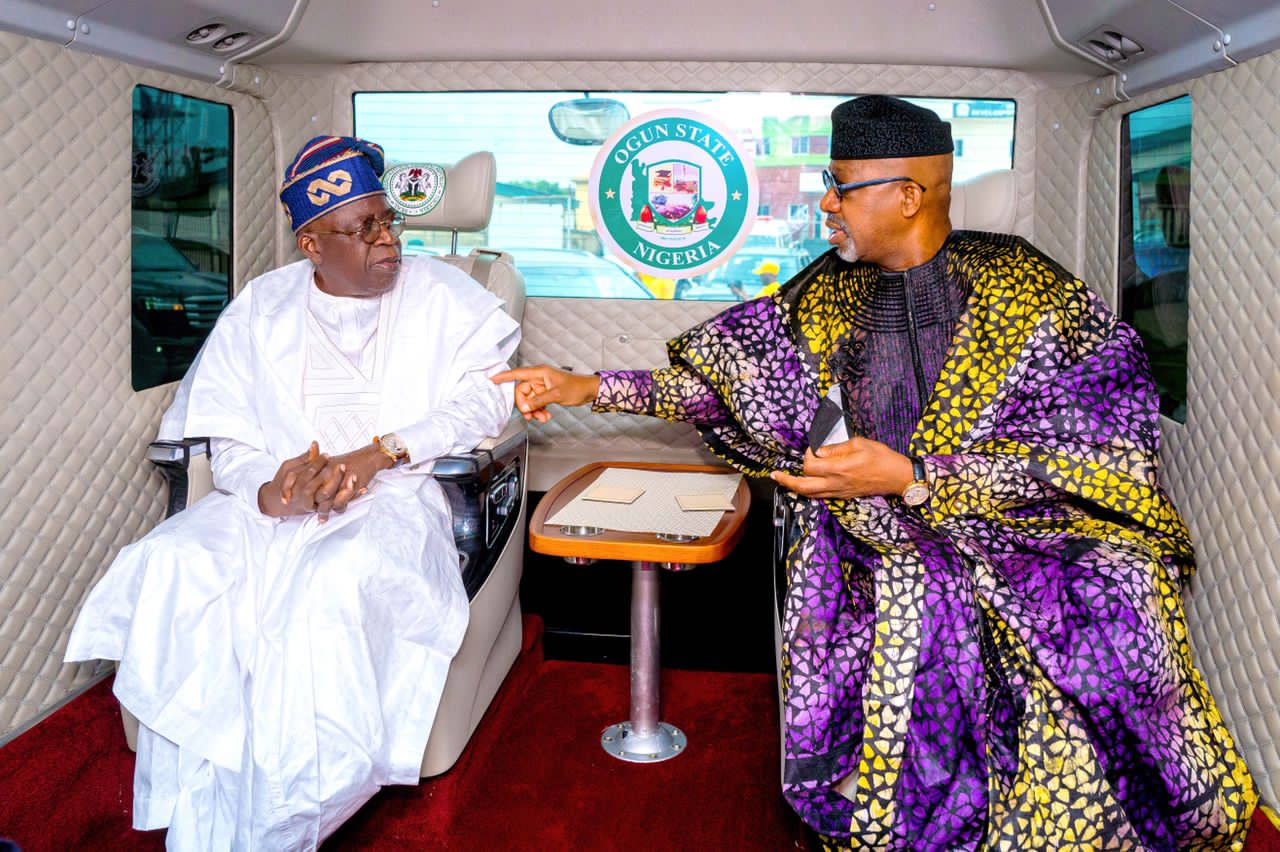 Share
Facebook Twitter LinkedIn Pinterest Email
The Presidential Candidate of the All Progressives Congress (APC), Asiwaju Bola Ahmed Tinubu on Wednesday revealed that he is very delighted with the performance of the Dapo Abiodun administration in Ogun State.
Tinubu, who expressed his joy about the developments of infrastructures in the state, declared that the governor has done well. 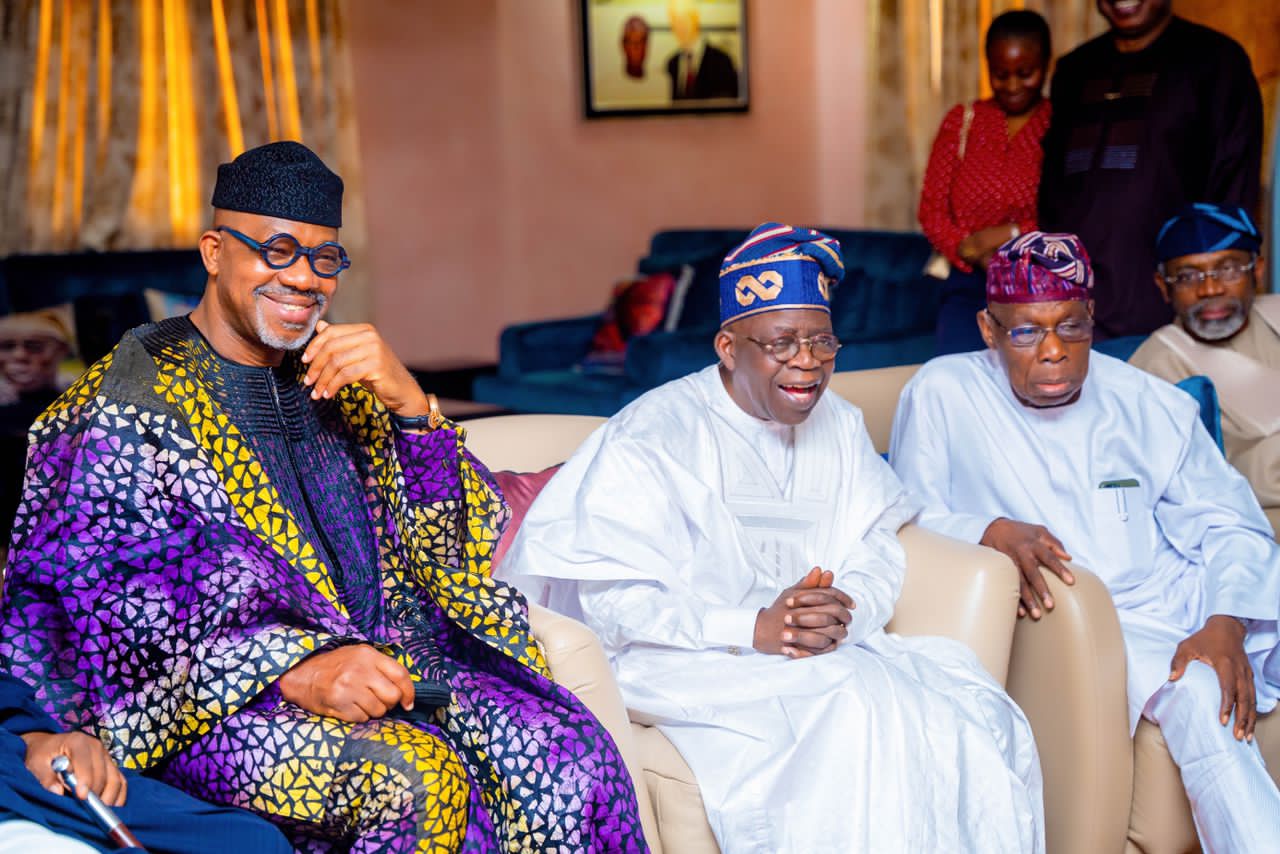 The visibly elated Tinubu gave the verdict at the MKO Abiola Stadium, Abeokuta, when he appeared at the venue of the Artisan Day 2022.
The APC presidential flag bearer had paid an unscheduled visit to the artisans after a closed-door meeting with former President Olusegun Obasanjo.
The artisans were celebrating their annual day with the theme: “The role of Artisans in tackling the menace of youth and women unemployment”, when the former Lagos State Governor paid them a surprise visit.
Tinubu, who said he was in Abeokuta to see Obasanjo explained that he had to stop by, at the stadium to say hello to the artisans, when he learnt that the governor was going to address them. 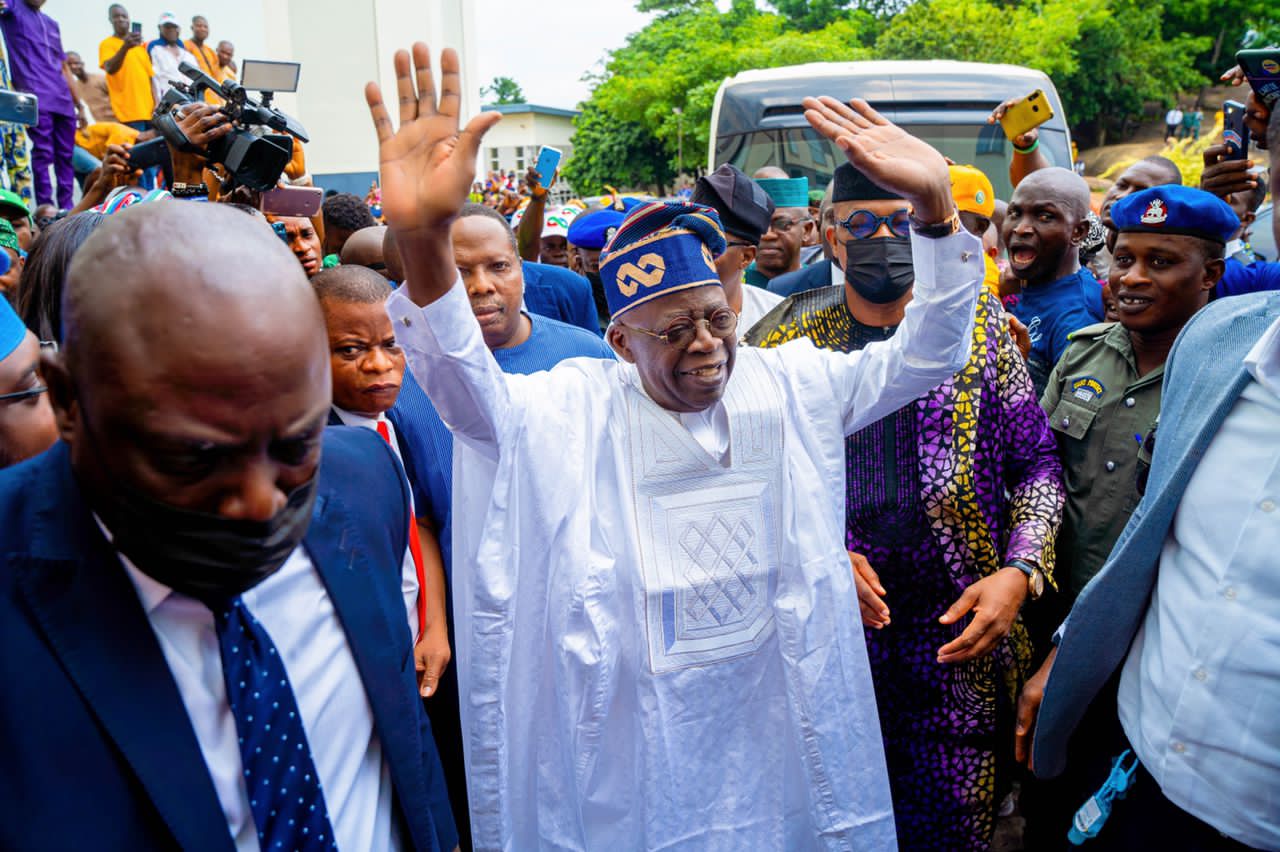 Noting that he is proud of the various infrastructural drive of the governor, Tinubu thanked the artisans and the people of Ogun State for giving the governor the support to achieve so much.
“Campaign has not started, we are not here for campaign, so I don’t have much to say.
“I’m just here to say hello to you. We are glad with what the governor is doing and we are glad with all the support he is given”, Tinubu said.
Governor Dapo Abiodun acknowledged the artisans for their cooperation with his administration, saying that artisans are the main drivers of Gross Domestic Product (GDP) of the state.
While thanking the artisans for their support, he described them as employers of labour that have contributed immensely to the growth of the state economy.
He however thanked them for their huge contribution to the successful affordable homes project of his administration across the state, urging the artisans to continue to support his administration.
Governor Abiodun also thanked the APC National Leader for the August visit.
Tinubu was accompanied to Abeokuta by a former National Chairman of the APC, Chief Bisi Akande; Speaker of the House of Representatives, Rt. Hon Femi Gbajabiamila; former Economic and Financial Crimes Commission (EFCC) Mallam Nuhu Ribadu; former governors of Ogun State, Chief Olusegun Osoba and Otunba Gbenga Daniel, among others