By The Gazelle NewsNovember 30, 2021No Comments4 Mins Read 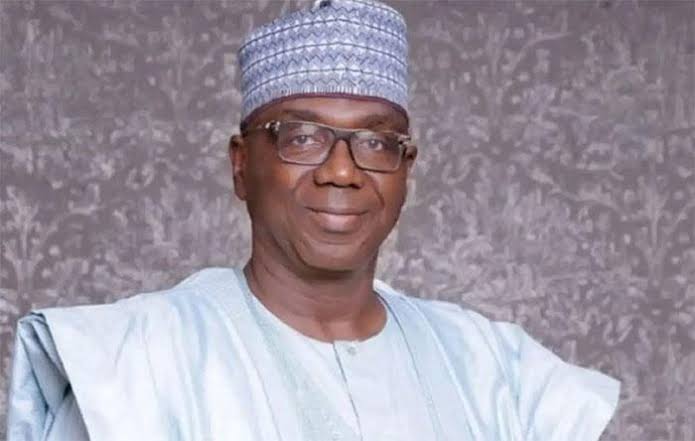 Speaking at the opening of the 8th Kwara State Joint Trade Fair in Ilorin, the state capital, the Governor said the administration is making deliberate investments in critical infrastructure such as roads, innovation hub, visual arts centre, garment factory, among others, which he said would create more jobs and widen the state’s revenue base.

“As a government, our most important agenda is to build a state that survives on enterprise with zero reliance on the monthly handouts from the centre. For this reason, we are investing in infrastructure and offering support to investors and businesses,” he said.

“In addition to our investments in the digital and attention economy through the innovation hub and the Dolby studio-fitted visual arts centre, we are also constructing an international conference centre in Ilorin.

“This is a two-in-one hospitality facility that would be the best of its kind in central Nigeria. We are doing this in partnership with the private sector. The gold-standard facility will make Kwara a go-to place for tourism, resort and conferencing in Nigeria. This will create thousands of direct and indirect jobs, and attract better attention to the state.”

The Governor commended the KWACCIMA for the efforts that went into the trade fair, saying the administration is fully behind the body and its affiliate organisations in the state.

He said the government is working harder to further ease the business climate in the state, including stamping out issues of double taxation.

“The theme of this trade fair, Trade Beyond Borders , aptly captures the mood of this time. As technology evolves and our world gets increasingly linked, the previous barriers against trade and human interactions are giving way,” he said.

“Channels of trade and exchange of goods as we knew it are also changing. Today, commodities and assets worth billions of naira are now sold to customers in the remotest corners of the world with just a click of the nouse. The time therefore calls for everyone to grab the opportunities that technology has offered to deepen trade.

“We know a few things bother you in the business community. I assure you that all obstacles to ease of doing business are being looked into. And, very soon, we will roll out comprehensive reforms to make doing business cheaper and stress-free in Kwara State. This will be contained in an Executive Order which contains specific measures in this regard.

“There is so much that any government can do without the support of the private sector. We therefore bank on your continuous support.

“I congratulate KWACCIMA and its affiliate bodies for this feat. I also commend the various government offices that worked with you. I thank our guests from outside of Kwara, while urging participants to make the best use of new partnerships and networks from this trade fair.”

Also speaking, the state Commissioner for Enterprise, Hajia Arinola Lawal, said both the organised private sector and the state government played  tremendous roles in hosting the trade fair, attributing the joint efforts to the cordial relationship between the two.

She said the 8th edition of the Kwara Trade Fair was unique for being innovation-driven and for the support enjoyed from the Governor, thanking him for the moral and financial backups at all time.

KWACCIMA President Alhaji Olalekan Fatai Ayodimeji, for his part, said the Kwara’s gifted natural endowments and good prospects have positioned the state to tap into the opportunities in the African Continental Free Trade Area.

He commended the steps of the Governor to strengthen the relationship between the public and private sectors in the state.

The opening ceremony was attended by top government functionaries and business leaders from within and outside Kwara, including Chairman of Lubcon Nig. Ltd Alhaji Jani Ibrahim; representative of the Emir of Ilorin and Balogun Gambari of Ilorin Alhaji Aliyu Adebayo; Oloro of Oro Ago Oba Johnson Dada; among other royal fathers.