A prosecution witness has told Justice Sikiru Oyinloye of a Kwara State High Court, sitting in Ilorin, that the signatures of 326 students listed by the Kwara Scholarship Board under the leadership of Alhaja Fatimoh Yusuf to be beneficiaries of the N50million state bursary were forged.

Yusuf, the immediate past Chairperson of the Kwara State Board, is being prosecuted by the Economic and Financial Crimes Commission, EFCC, alongside the board’s executive secretary, Fatai Lamidi, and its accountant, Stephen Ajewole, for allegedly diverting money meant for payment of 2018 students’ bursary.

Testifying on March 11, 2020 as the second prosecution witness, PW2, Abdulkareem Ismail, a former president of the National Association of Kwara State Students, Sokoto State Polytechnic, told the Court that only 50 students of the polytechnic, benefited from the bursary. 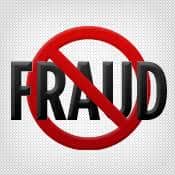 “I was among the 50 persons that benefited from the bursary, but they never asked us to append our signatures, and I did not append my signature.

“I was invited by the EFCC last year, where I was shown the list of beneficiaries submitted by the Board, and I discovered that there were many irregularities.

“The list submitted to the Scholarship board officials prior to the payment contained more details of students’ bio-data, but the one generated by the Board was doctored.”

Justice Oyinloye, thereafter, adjourned until March 23, 2020 for continuation of trial.