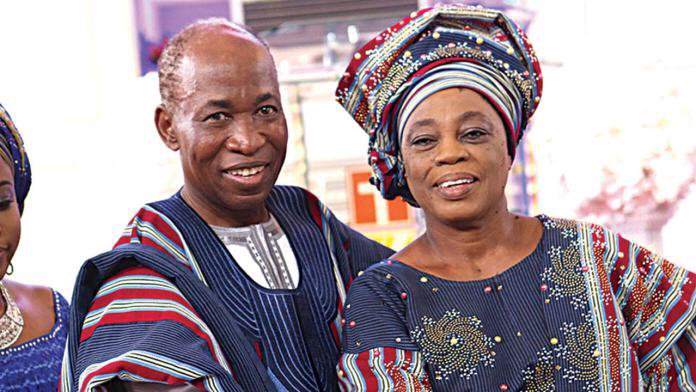 Posted By: The Gazelle NewsIn: Metro, NewsNo Comments
Print Email
Mrs. Yinka Badejo, widow of Rev Wilson Badejo, ex- General Overseer of Foursquare Gospel Church Nigeria has passed on.
According to a report in ‘ChurchTimes’, she died in the early hours of Friday, 12 November, 2021 after being ill for a while.
Her husband, Rev Wilson Badejo, had died on Saturday, 7 August, 2021 at the age of 74.
The paper quotes close family sources as saying Rev Mrs Yinka had been ill even before her husband’s demise.
“Her husband was concerned about her health before he died. Ironically, her husband was not sick before he died. It was Mrs Badejo that had been ill.” said the source.
There is no official statement from the church on the passing of the late woman of God. A source told Church Times that the church may have to wait until the end of its ongoing annual convention before making official statement on her death.
Born on October 26, 1949, at Idioro, Ibadan, in Oyo State, Mrs Badejo obtained a Bachelor’s degree in Library Studies in 1975 from the University of Ibadan after which she got married to Reverend (Dr) Wilson Badejo, in the same year.
She attended Foursquare Theological Seminary, Ikorodu, Lagos, where she obtained a degree in Theology in 1998. She was Deputy President of Foursquare Women International.

Bisi’s Franktalk: When A University Is In The News For The Wrong Reasons + Feedback From Previous Articles