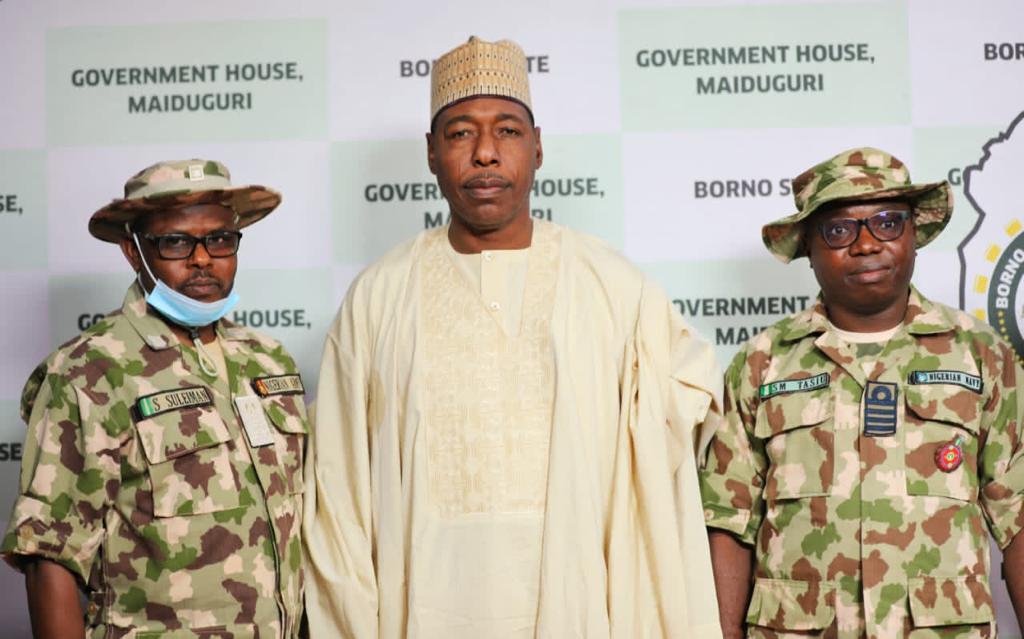 Posted By: The Gazelle NewsIn: NewsNo Comments
Print Email
Borno State Governor, Professor Babagana Zulum has called for urgent security measures to curtail the recent growth in activities of terrorist groups in the state.
Zulum, who received in courtesy, the Senate Committee on Army led by Senator Mohammed Ali Ndume at the Council Chamber of the Government House in Maiduguri, expressed strong concern over the increasing presence of terrorists from the Islamic State West Africa Province (ISWAP) in some parts of the State. 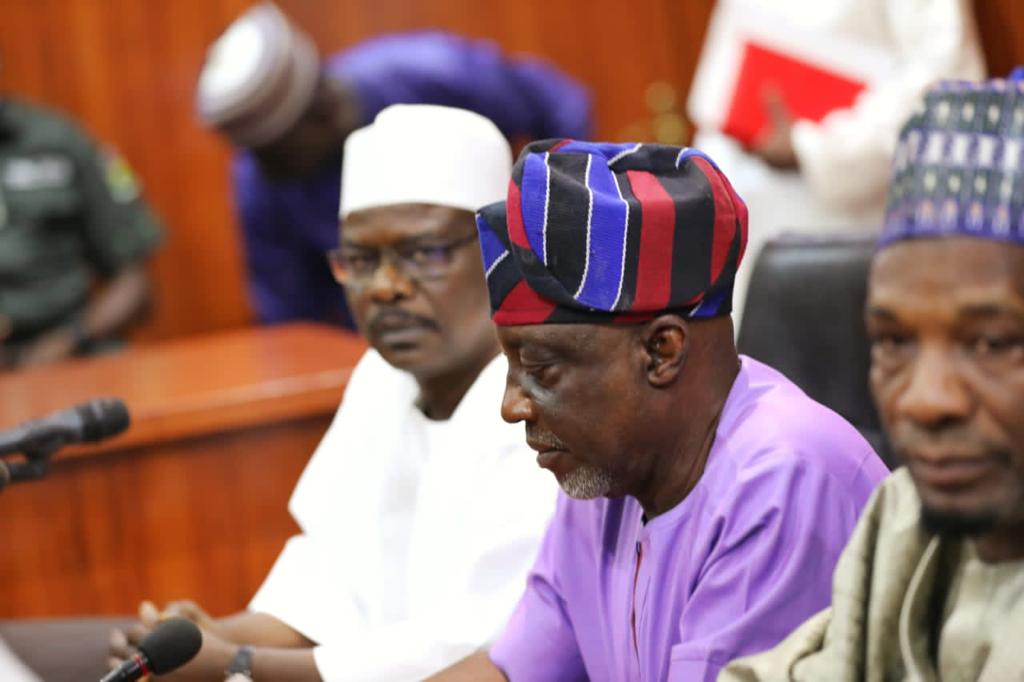 The Governor while commending the President Muhammadu Buhari’s administration, the Nigerian Armed Forces and volunteers for major gains recorded in the state, said he was deeply worried about the increasing presence of the ISWAP in some parts of the State, especially in southern Borno.
Zulum said: “Borno State has started witnessing the gradual return of peace to the State. This will not be possible without the support of the Federal Government. The Service Chiefs are giving us the desired cooperation. Indeed the current Theatre Commander and the GOCs have been giving their cooperation,” but however admitted that ISWAP was threatening to reverse the successes recorded.
He said: “Honestly speaking, we have to do something about the operations of ISWAP in Borno State, if nothing is done to check them and chase them out, it may be bad not only for people of the North-East, but the entire Nation at large.”
The governor added that “ISWAP fighters are better armed, better equipped, more intelligent and more sophisticated than Boko Haram, and they grow spontaneously. Hence the the need to pursue the ISWAP now.”
He also spoke about the recent surrender by hundreds of repentant Boko Haram fighters, which he said was already resulting to some stability especially in the areas of agriculture.
He said that since the surrender of thousands of insurgents, farmers have increased access to farms by 700%, noting that he supports, the continued combination of military warfare, and political approach towards disarmament, deradicalization and safe reintegration.
Earlier, Chairman Senate Committee on Army, Senator Ali Ndume said they were at the Government House to commend Governor Zulum for the support he has been rendering to the Army towards restoring peace to the State and nation at large.
He said: “Your Excellency, this is a Senate committee on Nigerian Army, and we are here on oversight, and to thank Your Excellency for the support that you have been giving to the Army, which they themselves (Army) have acknowledged.”
The Senate Committee’s delegation included Senator Abba Moro, representing Benue South, and Vice Chairman of the Committee, Senator Hassan Mohammed Gusau, Senator Kola Balogun from Oyo South Senatorial district, and Senator Bulus K. Amos from Gombe South.
Also on the Committee’s visit were: Brig. Gen. Sani Suleiman who is the Director Defense Liaison to the National Assembly; Navy Captain Shehu Mohammed Tasiu, Deputy Director Defense Liaison to the National Assembly; Lawal Sani, who is Clerk of the Committee; and Akikomi Baba Tunde Johnson, Deputy Clerk.