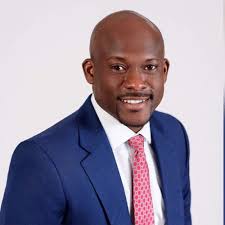 Residents of Lagos who have attained 18 years and above but yet to register for the Permanent Voter Registration have been urged to take full advantage of the remaining few days to the end of the exercise.

You will recall that the two weeks extension announced by the Independent National Electoral Commission (INEC) for the exercise will end on July 31.
A Federal Lawmaker, Hon Ibrahim Babajide Obanikoro made the clarion call on the eligible Lagosians particularly those living in Eti Osa Federal Constituency in a statement released by his Media Office.
He said the window of opportunity created by INEC was good enough to allow fresh registrants for the exercise while also appealing to those who have registered but yet to collect their PVCs to do so without delay.
Hon Obanikoro who represents Eti Osa Federal Constituency in the House of Representatives said since the acquisition of PVC is the only way to be part of the electoral process, Lagosians must not shy away in keeping alive their civic responsibility.
He noted that the worry expressed by INEC over non collection of over twenty two million PVCs nationwide was profound, adding report that more than one million was from Lagos is unacceptable.
The Federal Lawmaker, appealed to residents of Eti Osa Federal Constituency yet to either register or collect their PVCs to troop out enmasse to different centres and do the needful.
On the decision of INEC in collaboration with Lagos office of People Living with Disabilities to create special centres for them within the five divisions of the state, Hon Obanikoro described it as a way of ensuring that they were not disenfranchised ahead of the 2023 general elections.
He also stressed the need for the electoral umpire to accord priority to requests from registered voters who want their Polling Units transfered due to new residence.
According to INEC, about seven million Lagos residents have been registered to participate in the forthcoming 2023 general elections.