By The Gazelle NewsAugust 15, 2022No Comments3 Mins Read 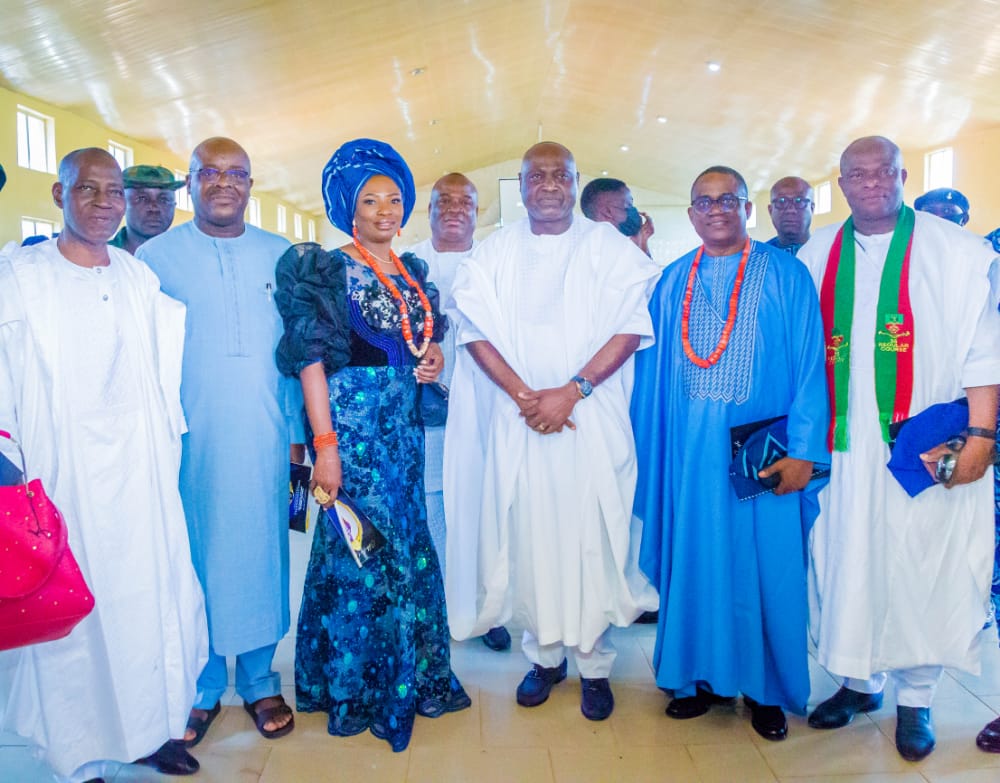 Share
Facebook Twitter LinkedIn Pinterest Email
A former Chief of Army Staff, General Azubuike Ihejirika (rtd.) has urged Ekiti State Governor-elect, Mr Biodun Abayomi Oyebanji to follow in the tracks of outgoing Governor of the state, Dr. Kayode Fayemi, in the area of performance and  consolidate his legacy projects.
Speaking at Araromi Baptist Church, Iyin Ekiti, during the thanksgiving service for the late Mrs. Rachael Olufunke Olawumi, mother of a former Director General, National Youths Service Corps (NYSC), Major-General JB Olawumi, General Ihejirika cited the new Ado- Iyin road, which was recently constructed by Governor Fayemi, describing it as a core legacy project that should be sustained by the incoming administration.
“While I congratulate the Governor-elect, Mr Oyebanji, it is necessary to point out that Ekiti State has always been blessed with a good leader. In recent years, Ekiti has produced performing governors who always leave behind legacy projects. Having been in Iyin before in honour of my brother, Major Gen. Olawumi, I was shocked this time when I left Ado-Ekiti and arrived at the same Iyin under a few minutes on a well tarred, double lane road.
“I give kudos to Governor Kayode Fayemi for embarking on such a project because it will go a long way in making life easy for people of Ekiti State. Therefore, I advise the Governor-elect to emulate Governor Fayemi and other wonderful governors before him, who had made the best out of Ekiti,” he stated.
Giving his goodwill message at the service, Oyebanji commended General Ihejirika and other senior military officers present for standing by Major General Olawumi in celebrating his cherished mother. He also applauded OIawumi for his heart touching tribute in honour of his mother and congratulated the former NYSC Boss for being alive to give her the honour she deserved.
Speaking further, the Governor-elect assured General Ihejirika that in the spirit of continuity, his administration will continue from where Governor Fayemi stops from October.
He said, “I feel so delighted by those good words from our country’s former Chief of Army Staff, Lieutenant General Ihejirika (rtd.) on Ekiti and the quality of our leaders. What you see on the new Iyin road is a first phase of a road project that was meant to start from Ado and end at Itawure.  Our administration will start from where Governor Fayemi ends the road and this will be done on all other projects to ensure that none is abandoned”.
Earlier, the officiating minister at the service, Rev’d S.S Ipinlaye had called on Nigeria leaders and other successful men and women in the society to always strive to lift the poor. The man of God, who linked the current insecurity crisis in Nigeria to poverty and idleness, urged the rich to make a conscious effort to lift the poor for peace to return to the country.
Speaking on behalf of the deceased family, Major General Olawumi expressed his gratitude to the officiating ministers, the Governor-elect, top military officers present and his old classmates in secondary school, University and Nigeria Defence Academy, for their contribution to the success of the funeral ceremony.