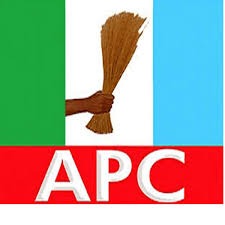 Lagos New Parking Policy: PDP Leaders Are Charlatans Who Should Be Ignored – APC

Posted By: The Gazelle NewsIn: News, PoliticsNo Comments
Print Email
The Lagos State chapter of the All Progressives Congress (APC) has described the leaders of the state chapter of the opposition People’s Democratic Party (PDP) as charlatans who should be ignored when important issues are discussed in the state, reports thegazellenews.com.
The Lagos APC stated this on Friday, 26 August, 2022 while reacting to the condemnation of the recent parking policy put in place by the state government.
The reaction was contained in a press statement issued and signed by the spokesman of the APC in Lagos State, Seye Oladejo.
According to the party, the need to regulate chaotic parking of vehicles in the state was responsible for the enactment of a law establishing the state parking authority, LASPA.
“With an estimated 1.2 million registered vehicles, about 224 vehicles per kilometer of road space and a population of over 24 million people, Lagos State surely needs a sustainable statewide parking policy to complement the renewed urban development plan and the ever competing needs for space especially in the city activity centers and Central Business Districts.
“According to recent statistics by the Federal Road Safety Commission (FRSC), there are more than 13 million active vehicles plying Nigerian roads today. Out of that figure, more than 2 million cars are in Lagos.  About 10% of the cars require parking each day.
“The visionary drive of the successive Lagos State Governments which has seen Lagos State gradually emerging as a true 21st Century city state, with burgeoning economy, first class infrastructure, and service support systems is obviously beyond the impaired contemplation of the PDP. What occurs to PDP in its renowned shortsightedness is politics and money making.
“In a most ridiculous manner, the opposition party is rather seeing an opportunity to pool a wool over the eyes of the people of the state, pretending to have any altruistic interest in their wellbeing. It is easy for the discerning people of this state to see beyond the hypocritical sympathy of PDP.
“Otherwise, if the leadership of PDP had any such genuine concern for Lagosians, it should be demonstrated towards alleviating the untold hardship many people of the state are facing on the road on daily basis.
“It bears repeating for the information of the general public that LASPA or any of its staffers or agents will not charge on cars parked in any compound. However, any car parked on the setback, such person, organization or group of persons will be charged accordingly.
“A setback (for obvious reasons) is the space between your perimeter fencing and the walkway or the road, as the case may be. Whoever claims he/she owns a setback around his/her property will have to provide official documentation from the authorised MDA in Lagos State showing the legal ownership of the said setback and the Traffic Impact Assessment (TIA) certificate of the property to the authority.
“For the avoidance of doubt, the main duty of LASPA is to regulate parking to reduce traffic gridlock caused by indiscriminate parking, reduce travel time, loss of productive manhours and economic downtime which when multiplied by average wage rate amounts to billions of naira and reduce incessant road accidents.
“These are by far noble objectives geared towards making Lagos conducive for all residents. We, therefore, enjoin Lagosians to ignore the charlatans currently running PDP in the state and teem up with LASPA in achieving the objective of making our road free of gridlock,” the statement said.
Oladejo described the PDP as trying to curry the sentiments of the people of Lagos, thus, “in its characteristic manner, made allegations that are outlandish, embarrassing, and contemptible”.

Polaris Bank Has Been Transformed For Growth Says Abiru