By The Gazelle NewsAugust 29, 2022No Comments5 Mins Read 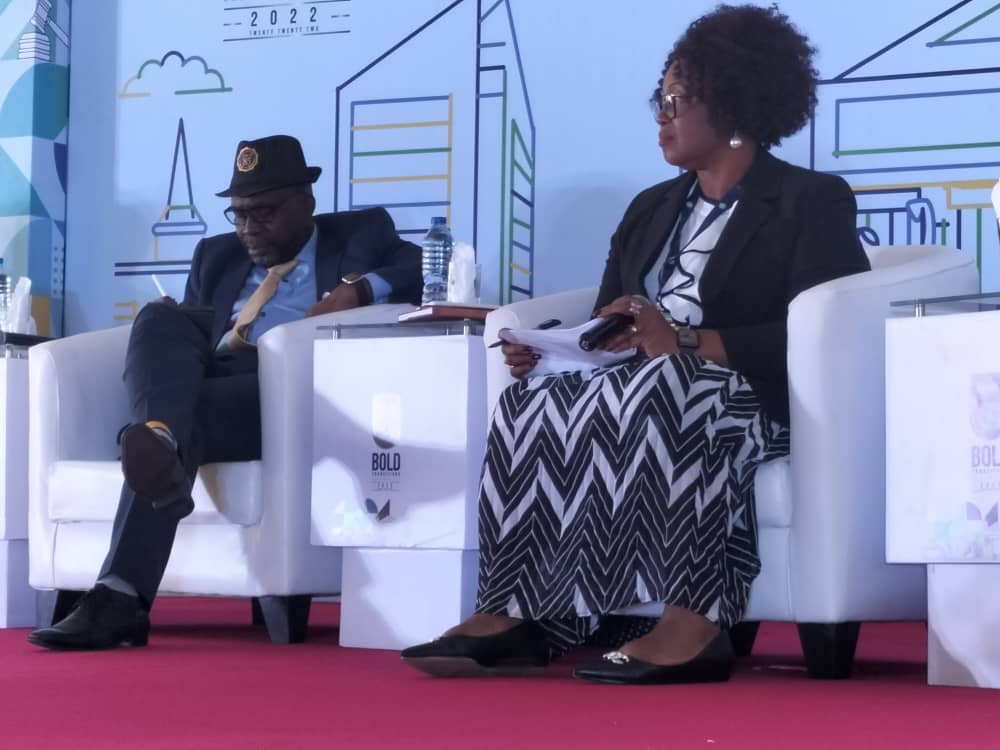 Share
Facebook Twitter LinkedIn Pinterest Email
The Chairman of the Independent Corrupt Practices and Other Related Offences Commission (ICPC), Prof. Bolaji Owasanoye, SAN, has challenged the Nigerian Bar Association (NBA) and members of the association to play a pivotal role in the fight against corruption in the legal system.
In a related development, the former Chairman of the Nigerian Electricity Regulatory Commission (NERC), Dr. Sam Amadi, has hailed the impact of the anti-corruption agency in addressing corruption in the country, particularly the public sector and government finances.
Both Owasanoye and Amadi spoke at a breakout session of the NBA Annual General Meeting and Conference on the subject matter, “How Corruption Fuels Insecurity and Bad Governance: The Role of Lawyers in Tackling Corrupt Practices in Nigeria” held at the Eko Atlantic, Victoria Island, Lagos.
The ICPC boss, who decried corrupt practices by members of the legal profession, advised the leadership of the NBA to act swiftly and sanction members of the profession involved in corrupt practices.
He questioned the middlemen role played by some lawyers for suspects involved in corruption, money laundering and illicit financial flows (IFFs) cases, describing it as unethical.
“In one of the investigations by the Commission, we traced the money to the account of a lawyer. When we got to the account, the money had further been transferred to many accounts in an effort to frustrate the investigation. These lawyers are agents of money launderers, and they undermine the legal profession.
“Also, some lawyers are engaged in the payment of bribes to file cases in courts or to collect receipts. Lawyers must dare to speak and challenge the status quo and reinvigorate the fight against corruption and money laundering,” he stated.
Prof. Owasanoye further expressed deep concern over orders granted by courts to lawyers preventing anti-corruption agencies from investigation and making arrests.
“The courts are now in the habit of issuing orders stopping anti-corruption agencies from investigation and making arrests. The biggest culprits are the senior lawyers and it is a matter of regret that the NBA is not doing anything about it.
“The NBA has shown some promise but this promise needs to be taken forward and the Association needs to act swiftly to save the legal profession and prevent its denigration,” he lamented.
Evaluating the nexus between corruption, insecurity and bad governance, the ICPC boss explained that the provision of critical infrastructure, security, education, health, and food are the immediate casualties of corruption.
“A single transaction of diversion of huge sums could have immediate impact that may become irreversible or more difficult and costly to reverse, while petty diversion of budget or misallocation of resources may not immediately make impact but will inevitably impact medium to long term.
“A lot of phantom projects are included and also duplicated in the budget every year. The ICPC has annually been unpacking the budget once it is passed by the National Assembly. The Commission has been able to stop the duplication of projects in the budget running into billions of naira,” he noted.
He added that two units – Constituency and Executive Projects Tracking and System Study and Review were created by the Commission as part of measures to get to the root causes of corruption in the public sector and address them head-on.
He further stated that the Commission was collaborating with the National Information Technology Development Agency (NITDA) through the use of modern technology to aid the fight against corruption and illicit financial flows.
In his presentation, the former NERC Chairman, Dr. Sam Amadi, praised the present chairman and board of the ICPC for fostering integrity, honesty and accountability in the system.
“The ICPC has been very excellent under the present Chairman and Board which has brought integrity, honesty and accountability to the system,” said Amadi, who is also a political strategist and law governance expert.
He emphasised the importance of human rights to social order, saying that they are critical conditions for social justice and good governance.
Amadi also called for self-regulation by the legal profession.
According to him, “The NBA has to self-regulate its members by addressing and penalising the corrupt ones among them. The Association should create a new index for good performance.”
Speaking at the event, the Chairman of Civil Society Network Against Corruption, Mr. Olanrewaju Suraju, advised lawyers to uphold the integrity of the legal profession.
Criticising lawyers who undermined the profession through corrupt practices, the anti-corruption crusader advised the members of the profession to defend the rule of law.
In his remarks at the breakout session, the Chief of Office, Office on Genocide Prevention and Responsibility to Protect DPPA, United Nations, Mr. Martins Ejidike, said corruption is a threat to the realisation of the Sustainable Development Goals (SDGs).
“Corruption is a real threat to the realisation of the SDGs because it takes away the resources required for the development goals. There is clearly an inverse relationship between corruption and good governance,” Ejidike said.