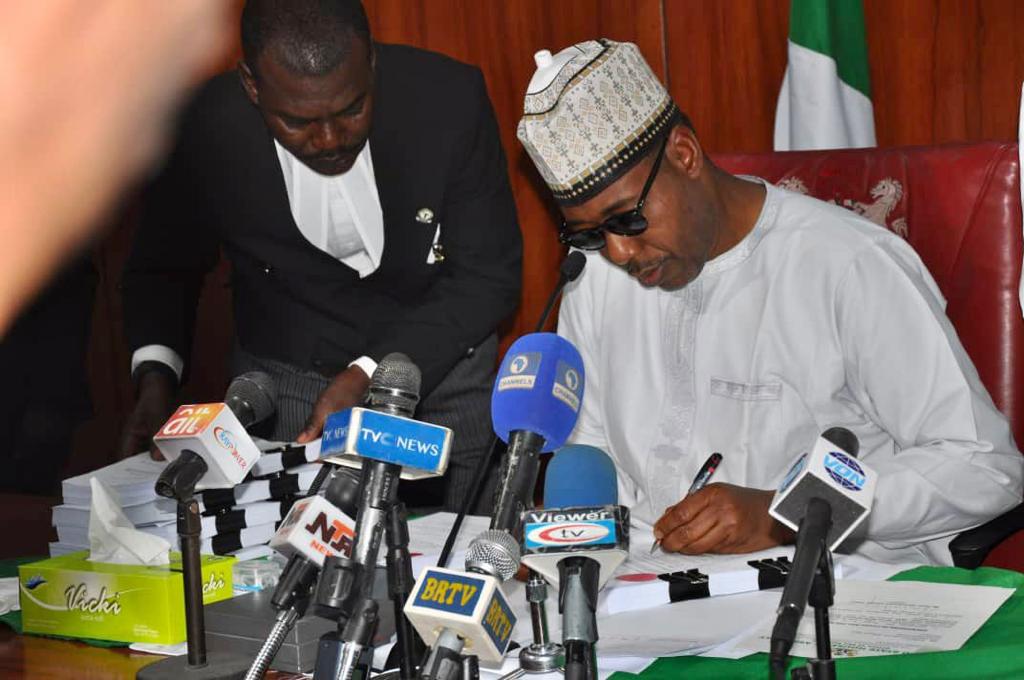 Posted By: The Gazelle NewsIn: News, SecurityNo Comments
Print Email
The Commandant General of Nigeria Security and Civil Defence Corps (NSCDC), Dr. Ahmed Audi has expressed his determination to continue to encourage and support efficiency, effectiveness, probity and accountability in the Private Security Industry.
He said that this will ensure that they carry out their operations in conformity with laid down rules and regulations in order to bring sanity to bear on the industry and eliminate activities of quacks.
Audi said this move became necessary owing to the prevailing security situation in the country especially in the Northeast and the Private Security Industry has a significant role to play in assisting Security Agencies of Government in their collective effort towards addressing and checkmating the dangerous trend of insecurity which has led to loss of lives and properties with many more displaced from their homes. 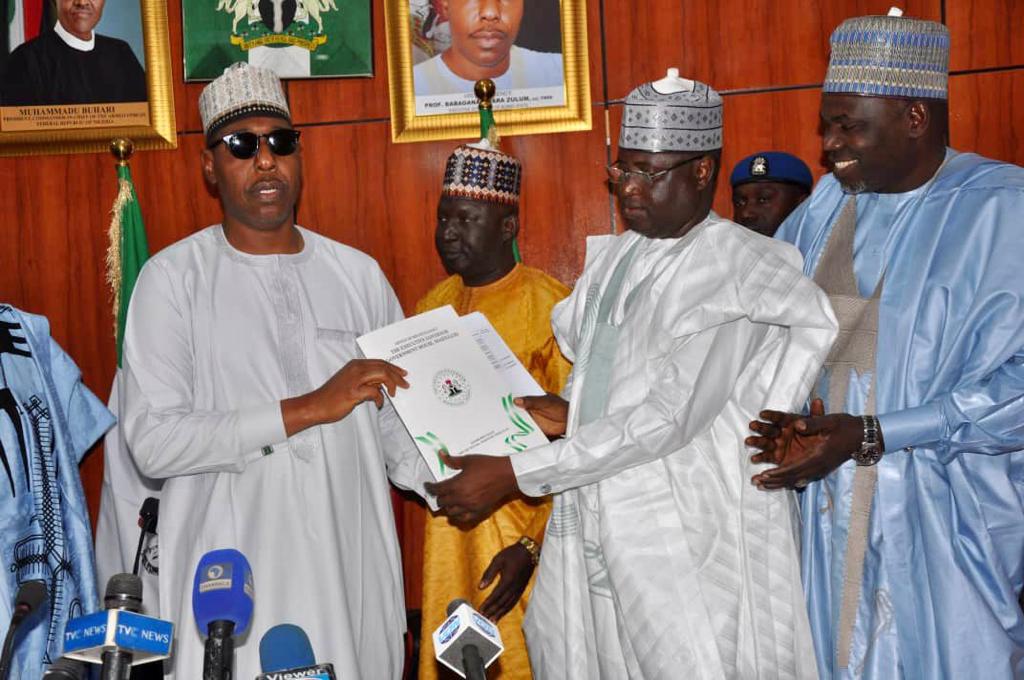 He made this assertion during the official launch of AL-ANSAR Security services and commissioning of its headquarters in Maiduguri, Borno State, which he described as a new addition to private security practice in Nigeria to enhance a safe and secure environment.
He however charged the company to look beyond the business aspect by channeling its energy more towards improving internal security by gathering and sharing of timely, credible intelligence and information.
Audi added that the launch of the new security outfit is an additional step towards addressing the challenge of unemployment in Nigeria as it will go a long way in providing job opportunities for many of the teeming youths and thus, shift their focus from criminal tendencies knowing fully well that idleness has made them vulnerable to different kinds of negative influence which has brought us to where we are today.
He expressed hope that due diligence would be followed in the process of recruiting guards for the company. “Let me advise the company’s management to exercise caution in its recruitment drive so as not to recruit criminally minded individuals, NSCDC must be carried along in the recruitment process and training of guards to ensure that due diligence is followed” Audi said.
The Corps helmsman thanked the Borno State government for investing heavily in security and providing an enabling environment for security agencies to thrive. He called on members of the public to assist the Corps and other security agencies in safeguarding public assets by reporting threats on them.
According to him, communities need to unite with agencies charged with responsibilities of protecting infrastructural facilities with serious impacts on the lives of people. Noting in retrospect that the mode of attacks on infrastructure like railway sleepers, power and petroleum installations in the preceding year has made it necessary for him to seek public support.
He decried the ugly trend of displaying nonchalant attitude and in some cases connivance by inhabitants of some communities with criminal elements who indulge in such economic crimes, warning that perpetrators must stop or face severe sanctions when arrested.
The Commandant General in order to enable the corps confront vandalism headlong, directed State Commandants to develop modalities to ensure full compliance, reiterating that he will not condone vandalism of infrastructure any longer.
The corps has in a renewed commitment resolved to intensify surveillance and strengthen synergy with other critical stakeholders to confront vandals in all their hideouts.
The Commandant General had in the last quarter of 2021 convened a meeting whose members were Acting Deputies Commandants General, Zonal Commanders and Commandants to appraise the performance of the corps and set agenda for  improved performance with special emphasis on the the actualization of the corps mandates in the current year
The Deputy Governor Umar Usman Kadafur alongside MD Abubakar (Rtd), former Inspector General of Police joined in the commissioning of the security outfit.

Ogun Threatens Schools That Fail To Abide By COVID-19 Directives