By The Gazelle NewsAugust 13, 2022No Comments4 Mins Read 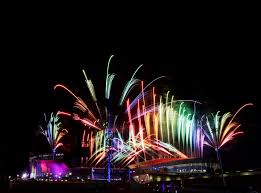 Share
Facebook Twitter LinkedIn Pinterest Email
By Simbo Olorunfemi
Tomorrow, it will be a week since that night of glory in Birmingham when Nigeria capped what had become her best performance at the Commonwealth Games, even before the night with a befitting finale that had us singing to the moon and bugaing into the night.
On the track, the scintillating win in 100 metres hurdles by Tóbi to silence cynics and affirm that her World Record run was the real McCoy. On the field, Ese Brume leapt to Gold. Then, Bronze from the 4 x100 men as well as that majestic Gold for 4 x 100 Women. Oh, with a few other medals adding to the basket, there was more than enough for us to buga out of Birmingham on a high.
As to be expected, justifiably so too, the bulk of the attention has been on the winners, especially the individual Gold medallists – Tóbi and Ese who had only just won Gold and Silver at the World Championship before the Commonwealth Games.
In the euphoria that usually envelopes momentous victories, it is always so easy to lose sight of many things. The true story of the victory sometimes get lost. As all sorts of fathers suddenly emerge, wanting to lay claim to glory.
When it is a contingent to a competition, as was the case with the Commonwealth Games, it is so easy to forget other representatives of the country who though might not have won medals’, but whose performance, given the totality of circumstance under which they performed, are deserving of celebration.
But as ‘failure’ is an orphan, not many remember the one who ‘almost’ got there. Yet, there is often only a thin line between success and failure, especially in sports. There is only that thin line between standing on the podium and not being there. It might have been only milliseconds. It might have been a photo finish. But how many people remember the one who just barely missed Out. Tóbi was once the ‘almost girl’. See what has become of her life, for succeeding in shaving off a few more seconds.
One image that has struck with me from Birmingham is that of Ṣadé Olatoye after impressive run in Hammer throw. Even though she threw her season best of 66.80m, she came 4th, missing out on a Bronze medal by less than a metre. I felt with her that pain of ‘almost’ being there. I see her as one of the Heroes of Birmingham. She might not have won a medal, but in a sport, to have done that well, make it to the final and end up fourth, she is surely deserving of accolades.
Some don’t even recognise that when it comes to these competitions, there is a threshold the athlete must have met in terms of performance to be deemed qualified to participate at all. So, to have had such a strong field of Nigerians in different track and field events is in itself a testimony to progress and an indication of a journey in the right direction, especially with them being so young and many emerging tops in their fields.
Chukwuebuka Enekwechi did us proud in Short Put, coming fourth, narrowly missing out on a Bronze medal by only so much. Ruth Usoro was in the finals of both Long Jump and Triple Jump, in which she finished 5th. Ezekiel Nathaniel was 6th in 400 metres Hurdles. Udodi Onwuzurike and Alaba Akintola were both in the 200 metres final. Esther Isa and Temitope Adesina were 9th and 10th respectively in High Jump.
These young men and women were among the Unsung Heroes of Birmingham. Some might say even medalists in other sports like Wrestling, Boxing, Weightlifting, Table Tennis did not receive that much attention as those on the tracks. It is difficult to fault that. But they have medals to show for their efforts. Nothing compares to the agony of those who came close but not close enough to leave with medals hung around their necks. This is celebrating those ones – the Unsung Heroes of Birmingham. May their stories turn around like that of Olúwatóbilọ́ba.
#CommonwealthGames2022
#TeamNigeria