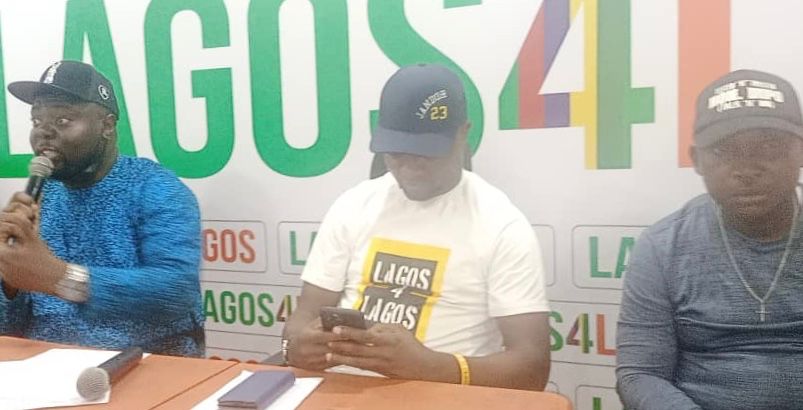 Posted By: The Gazelle NewsIn: News, Politics, TechnologyNo Comments
Print Email
A former member of the Lagos State House of Assembly between 2015 and 2019, and a chairmanship aspirant In the just concluded local government election in Amuwo Odofin Council, Hon. Dipo Olorunrinu, has described his purported suspension from the All Progressives Congress (APC) as a fake news and vowed to retrieve his mandate from the incumbent chairman, Valentine Braimoh. 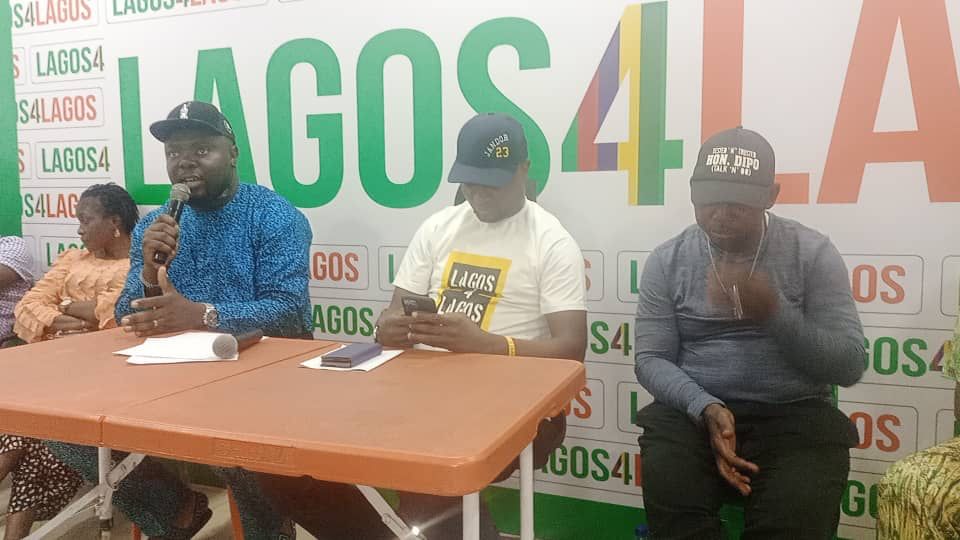 https://youtu.be/q9WQF_1k6As
He also indicated the determination of him and his supporters to align with the Lagos4Lagos Movement and join the group in its determination to stop impunity in Lagos APC.
Addressing a press conference at Lagos4Lagos headquarters in Ikeja on Monday, 23 August, 2021, Olorunrinu who saluted the courage of the Lead Visioner of Lagos4Lagos, Abdul-Azeez Olajide Adediran popularly known as Jandor said it’s time to say no to tyranny and impunity.
He, however, dismissed the purported letter written to have suspended him, adding that it won’t fly.
“It’s time to say no to tyranny. It’s time to say no to impunity, to injustice and imposition. I salute the National Caretaker Committee of our great party. I salute everyone that has made it possible that this party is truly Progressives. We are here to align with the Lagos4Lagos, the truly Progressives. We are not here to trade with people’s lives. Come 2023, our joy must come and the time to start is now.  Redressing injustice starts from local government. We won a ticket, our name was published, we filled a LASIEC form and suddenly, my name was removed. We will retrieve our mandate through the court. People are now trying to play ‘hanky panky’ with the people’s mandate that they are suspending me. This will be a stepping stone to a sincere democratic right of the people that the APC is preaching,” he said.
Speaking earlier, APC Ward C Chairman in Amuwo Odofin Local Government, Hon Demola Oni said the letter didn’t originate from the new Exco.
He explained that Olorunrinu has contributed so much to the party that suspending him will be a grave injustice that can lead to chaos because of his popularity.
“No letter was issued suspending anyone, let alone Hon. Dipo Olorunrinu who has done so much for the party. I was surprised to see a letter purportedly signed by one Tunde Ajayi. He’s not known to us in Amuwo Odofin. So his action is null and void and of no consequence whatsoever.
“How do you explain the rationale behind returning Valentine who performed poorly in his first term in office to continue as Chairman? No good roads in Amuwo Odofin.
“No more imposition. We won’t allowed ‘Baba Sope’ anymore. Valentine never stayed in Amuwo Odofin. He was imposed by his predecessor, Ayo Adewale,” Oni said.
Taofeek Sulaiman, the newly elected Secretary of Ward C said, “it’s unthinkable talking about suspending Olorunrinu who came first during the local government election primaries but his name was later substituted for the incumbent Chairman, Valentine who came third.
Speaking earlier, the Lead Visioner of Lagos4Lagos Movement, Abdul Azeez Olajide Adediran, said his group has taken over the ward executives of the APC in all the 245 wards across the state.
“Lagos4Lagos has taken over the affairs of the party at the ward level because we conducted congress and submitted the results of the congress to the National Chairman of the Caretaker and Extraordinary Convention Planning Committee of our party, Mai Mala Buni according to the letter and spirit of our constitution. And once the ward congress has been done all the former caretaker committee cease to exist until the party or the appeal committee say otherwise,” Jandor added.

Civil servants from grade level 7 above  Osun Orders Civil Servants From Level 7 & Above To Resume Work; Curfew Now 9pm – 5am

My Step Mother Is Wicked, She Once Forced Me To Eat Food With Her Son’s Faeces In It -Girl Who Threw Her Step Brother Into Well