By The Gazelle NewsJuly 28, 2022No Comments2 Mins Read 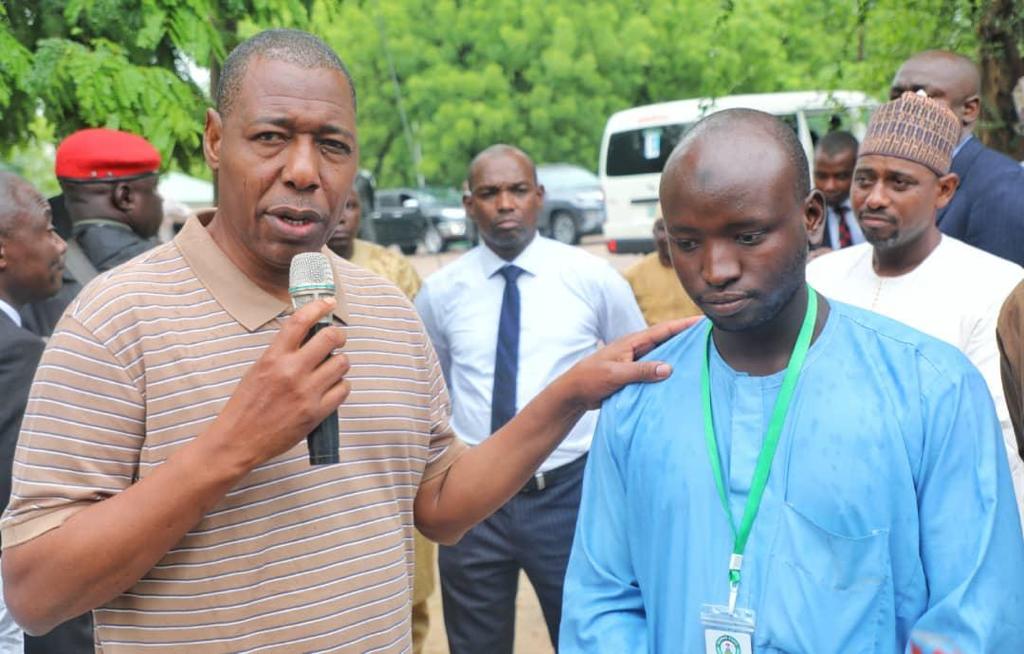 Share
Facebook Twitter LinkedIn Pinterest Email
Borno State Governor, Prof. Babagana Zulum has given N5 million to a-25 year old man with no former western education but was able to fabricate a farming plough machine.
The gift is to support the innovative skills of the man, whose only from of education was Islamic and called an almajiri by the people of the area.
A statement on Thursday, 28 July, 2022 by the spokesman of the Governor, Mallam Isa Gusau said his principal gifted the sum of N5 million to support the innovative skills of a talented almajiri in Borno State, who fabricated a farming plough machine, manually pushed for tilling of farmlands towards planting. 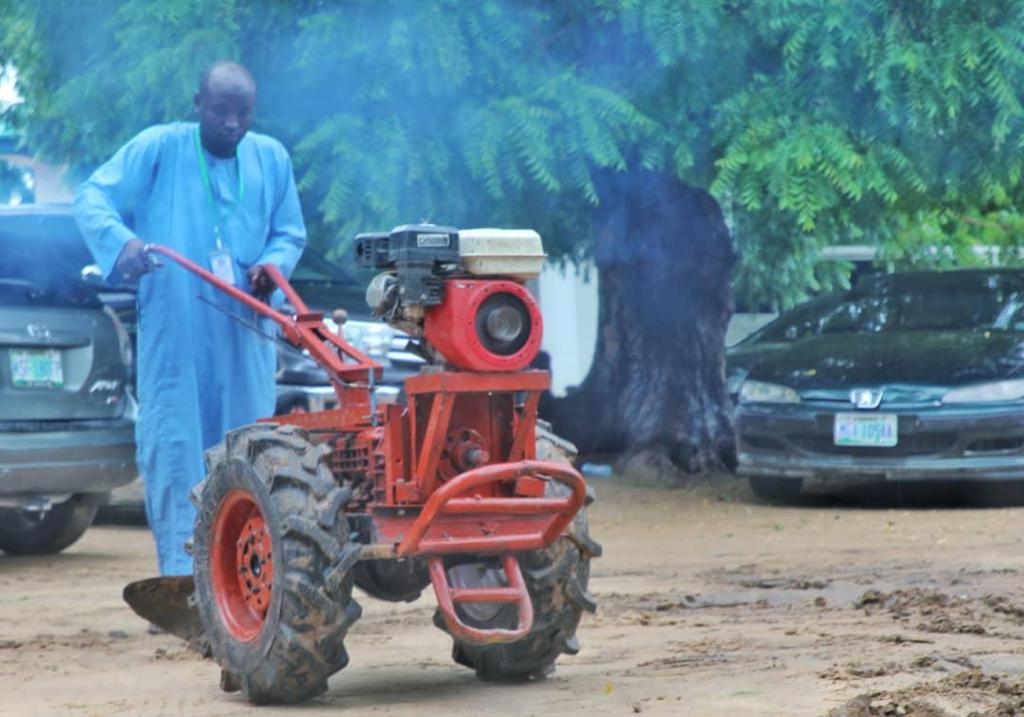 N109bn Fraud: Ex-AGF Idris To Remain in Prison as Court Adjourns Ruling on Bail Application till July 28
Zulum, who is a Professor of Irrigation Farming, was impressed that Laminu Mohammed, a 25-year-old from Gubio Local Government in northern part of the state though he had never attended any formal school except traditional Islamic education called Tsangaya in Borno, and popularly called almajiri system across northern Nigeria was able to build the machine.
Laminu used components of a lister engine which is originally made for water pump, to construct a plough which works like a tractor that is pushed by hand.
According to the statement, Zulum was informed of Laminu’s talent by a government official, this drew the attention of the Governor who invited him and during his technical interaction with him, Laminu proved his skills for the invention after which he was rewarded with N5 million.
The Governor said the amount is aimed to inspire the ‘unschooled engineer’ to produce more ploughs and possibly, other agricultural machineries that can serve farmers in Borno.
The Governor’s support for Laminu came barely two weeks after he approved over N5 million for a 13-year old primary school boy who used mud to copy the design of Borno’s first flyover located along the Maiduguri – Gamboru Ngala highway.
The Governor had also recently presented five mini buses and N20 million cash to a young Borno man who specializes in converting buses with petrol engines into solar-powered electric vehicles.
The support was passed to Phoenix Renewable Energy Group owned by the beneficiary.

The All Progressives Congress (APC) Campaign Council in Ojo Federal Constituency, in continuation of its…