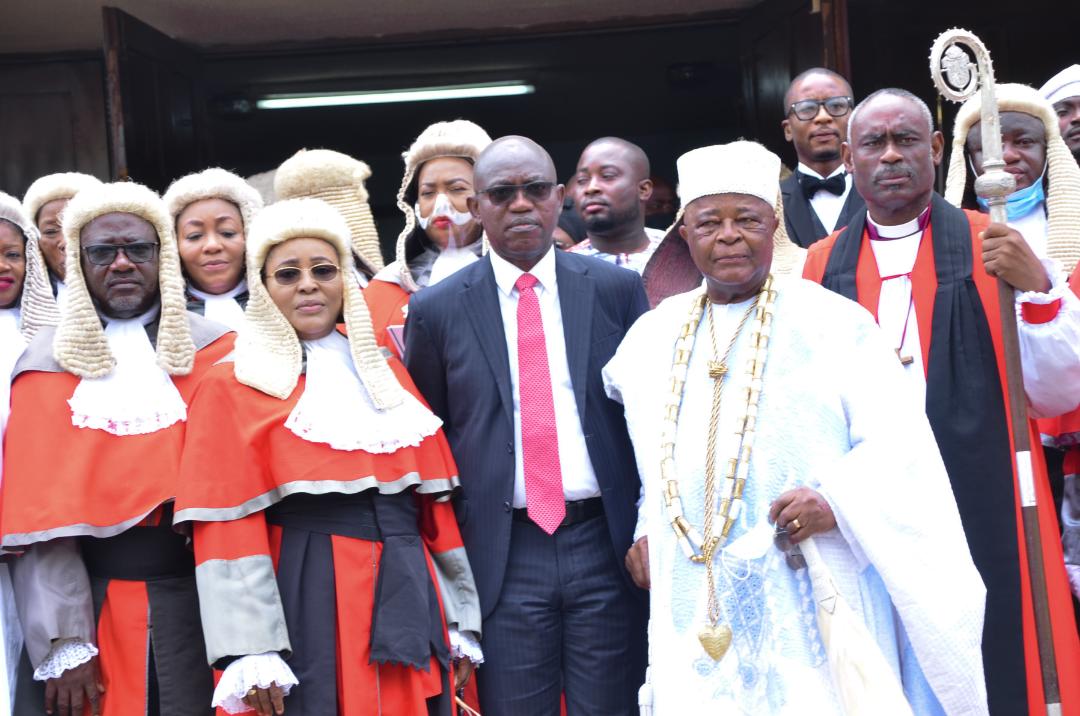 The Ogun State Chief Judge, Justice Mosunmola Dipeolu say it is important for two arms of government (executive, legislative), to give priority to the judicial system of government through autonomise the sector.

Dipeolu drop this hints at the 2021 Ogun  State Judges’ Conference with the theme “The Challenges Of The Judiciary In Contemporary Nigeria”, held at Judiciary Complex, Kobape, Abeokuta, the State capital.

She added that judiciary is the guardian and protector of fundamental human rights as well as the arbiter of disputes among all levels of government, which ought to be independent so as be free to perform its functions without fear or favour.

The Guest Speaker, Dr. Muiz Banire, said that the challenges confronting the contemporary judiciary was the need to understand the importance of the concept of the independence of judiciary, noting that it is only in the presence of an independent judiciary that the confidence of the public could be sustained in the administration of justice.

“In fact, of fundamental importance, if other branches of government will not be allowed to assume the status of a monster, is to ensure the existence and independence of the judicial authorities, so that their decisions are reached in accordance with law and not in submission to the wishes of government or upon other extraneous considerations”, Banire said.

He added that the process of selection of judges now dominated by desperate applications and politicians who often mount pressure for appointment, noting that political surrogates who have not been in practice for years or whose knowledge of law below the standard required.

“Indeed, the doctrine of separation of powers is well entrenched in the constitutions of many nations of the world, and the reason being that powers should not be concentrated in one organ of government, sa as to avoid arbitrariness and tyranny”, he said.

One of the discussants, Mr. Ebun Olu-Adegboruwa, said that topic of for theme,  comes at a time when a negative perception of the Nigerian Judiciary is pervasive (perhaps erroneously) among the common man in the Nigeria polity.

He said that going by the democratic system of government in operation, the powers of the federal republic of Nigeria were basically operated through tiers of government, the Legislative, the Executive and the Judiciary, saying that judiciary was the closest and most accessible branch of government to the common man.