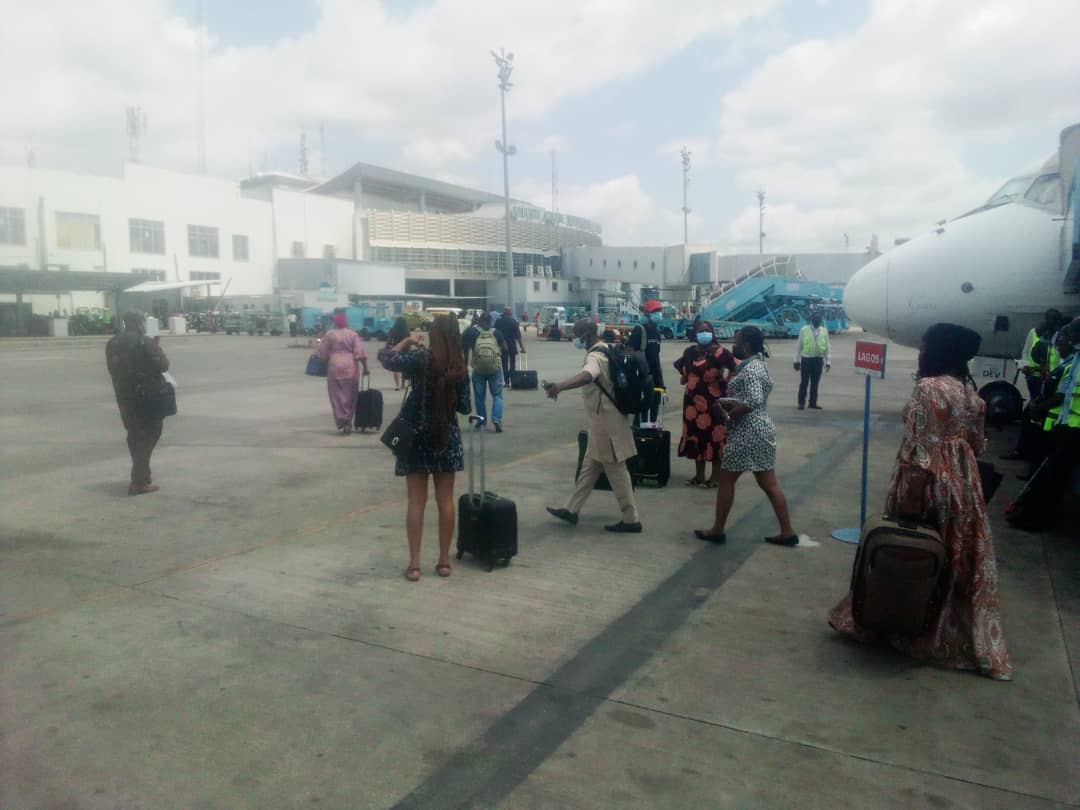 Posted By: The Gazelle NewsIn: Life, Metro, News, TrendingNo Comments
Print Email
Passengers on board various commercial flights to Abuja were on Sunday, 3 October, 2021, subjected to mid-air delay for about an hour as the Nnamdi Azikiwe International Airport in the Federal Capital Territory was closed for presidential movement. 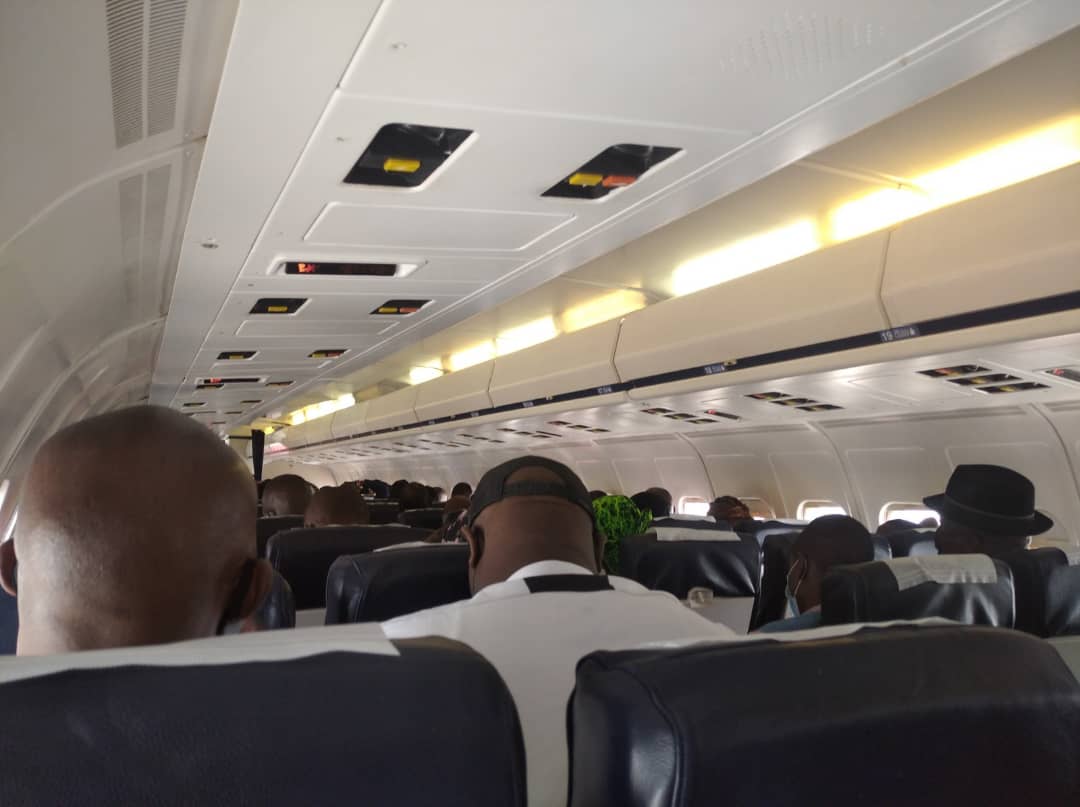 The Gazelle News.com gathered that the affected flights include Dana Air, Ibom Air, Max Air, among others.
It was further discovered that the mid-air delay was without any prior announcement by relevant authorities. The planes were about to land at the airport when the pilots were informed that the airport has been closed down temporarily. The pilots told their passengers that the shut down would last for only 15 minutes only for the passengers to go through a harrowing experience of their hovering around the airport for almost an hour.
Investigations revealed that the airport was closed down because President Muhammadu Buhari was travelling out of the country.
Some residents who spoke with this medium said that this has been the recurrence practice.
“Even though, the President is usually dropped at the Presidential Wing to board the Presidential jet, the whole roads leading to the airport are shut down while the airport is usually closed to air traffic until the President leaves for his trip,” a cab driver plying the airport route told our correspondent.
A passenger on board Dana Air flight 2342304752 from Lagos to Abuja who narrated his experience to our reporter, said it was unfortunate that such “primitive” practice was still in existence in the country.
“I mean how do you endanger the precious lives of people on account of presidential movement,” he queried.
Giving details of his ordeal, the passenger who preferred anonymity, said: “Our flight was for 10:15am from Lagos to Abuja. Our flight took off around 11am and it was announced by the pilot that we would get to our destination before 12pm.
“About 45 minutes into the flight, the pilot announced that there would be a 15minutes delay due to closure of the Abuja airport. 15minutes turned to 30minutes, 45minutes and about an hour before the airport was eventually opened.
“In the process, our plane was just hovering in the air; all the passengers on board the flight were terrified. This is the first time I would be experiencing such and I strongly think people should not be made to go through such harrowing encounter on air.”
Another passenger, James Adekole also condemned the practice of closing the airport for presidential movement, saying any policy that endangers the lives of the people must be jettisoned.
“Because of one man, you subject people to danger. In some climes, we have even seen Prime Ministers on commercial flights with the people. Here, we close the airport mid-air because of presidential movement without prior announcement. This should stop now,” he said.