By The Gazelle NewsAugust 26, 2021No Comments3 Mins Read 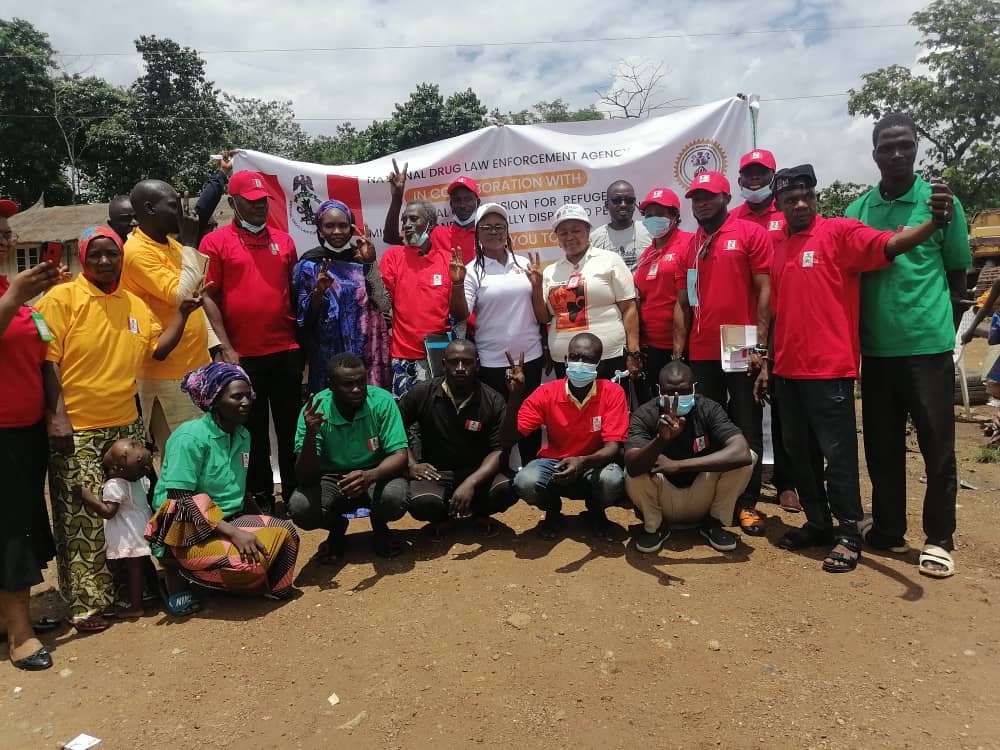 Share
Facebook Twitter LinkedIn Pinterest Email
The National Drug Law Enforcement Agency (NDLEA), on Tuesday, 24 August took the campaign against drug abuse to the Internally Displaced Persons, IDPs camp in Abuja. The one day sensitization and interactive session held at the Durumi camp was organised by the Agencys Directorate of Drug Demand Reduction in collaboration with the National Commission for Refugees, Migrant and Internally Displaced Persons. 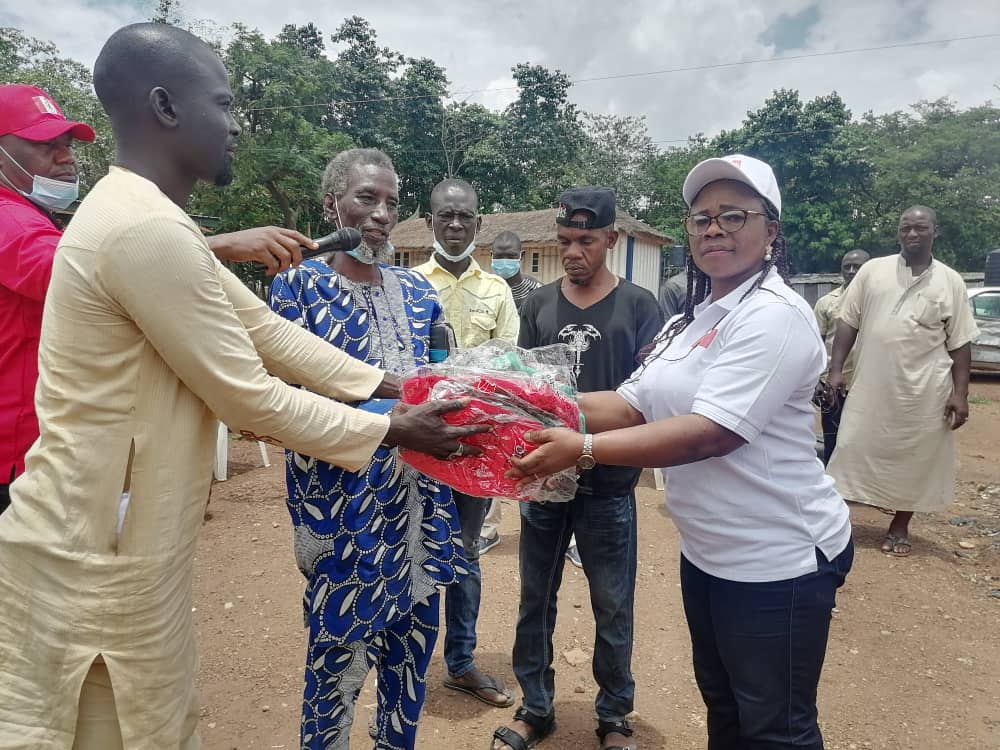 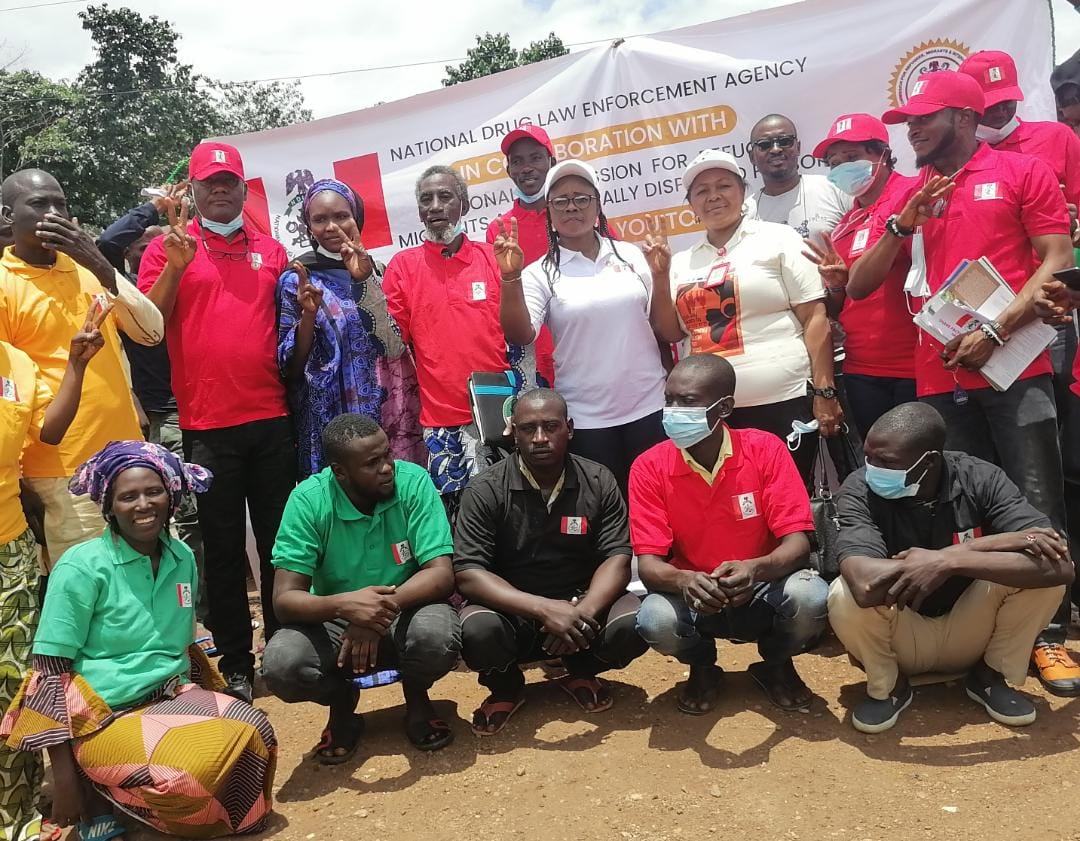 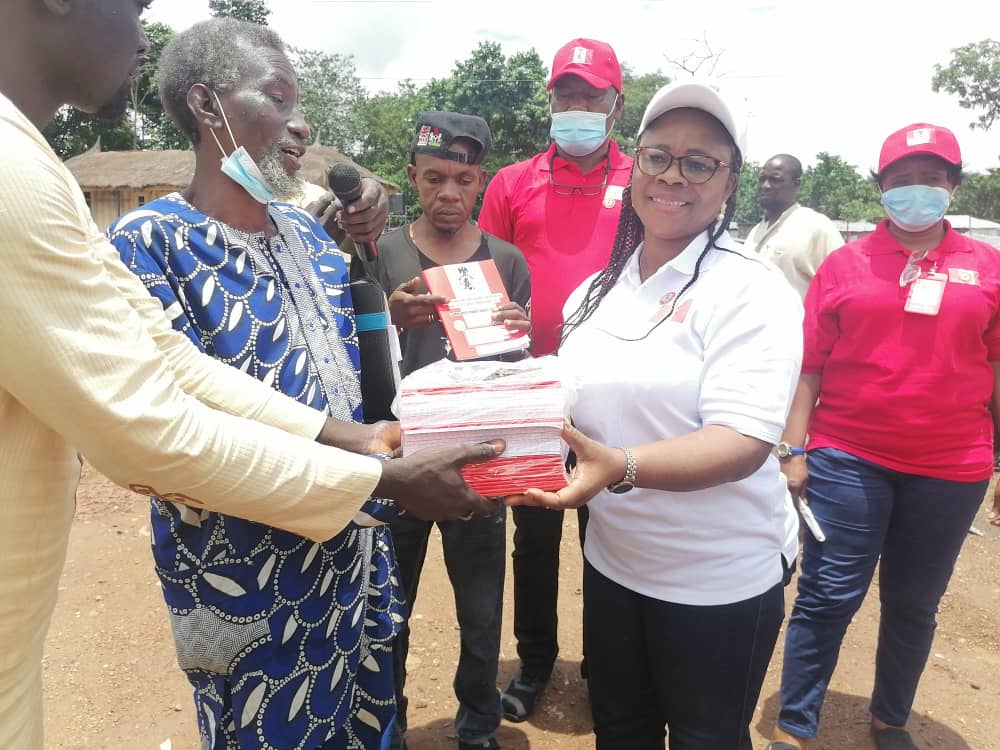 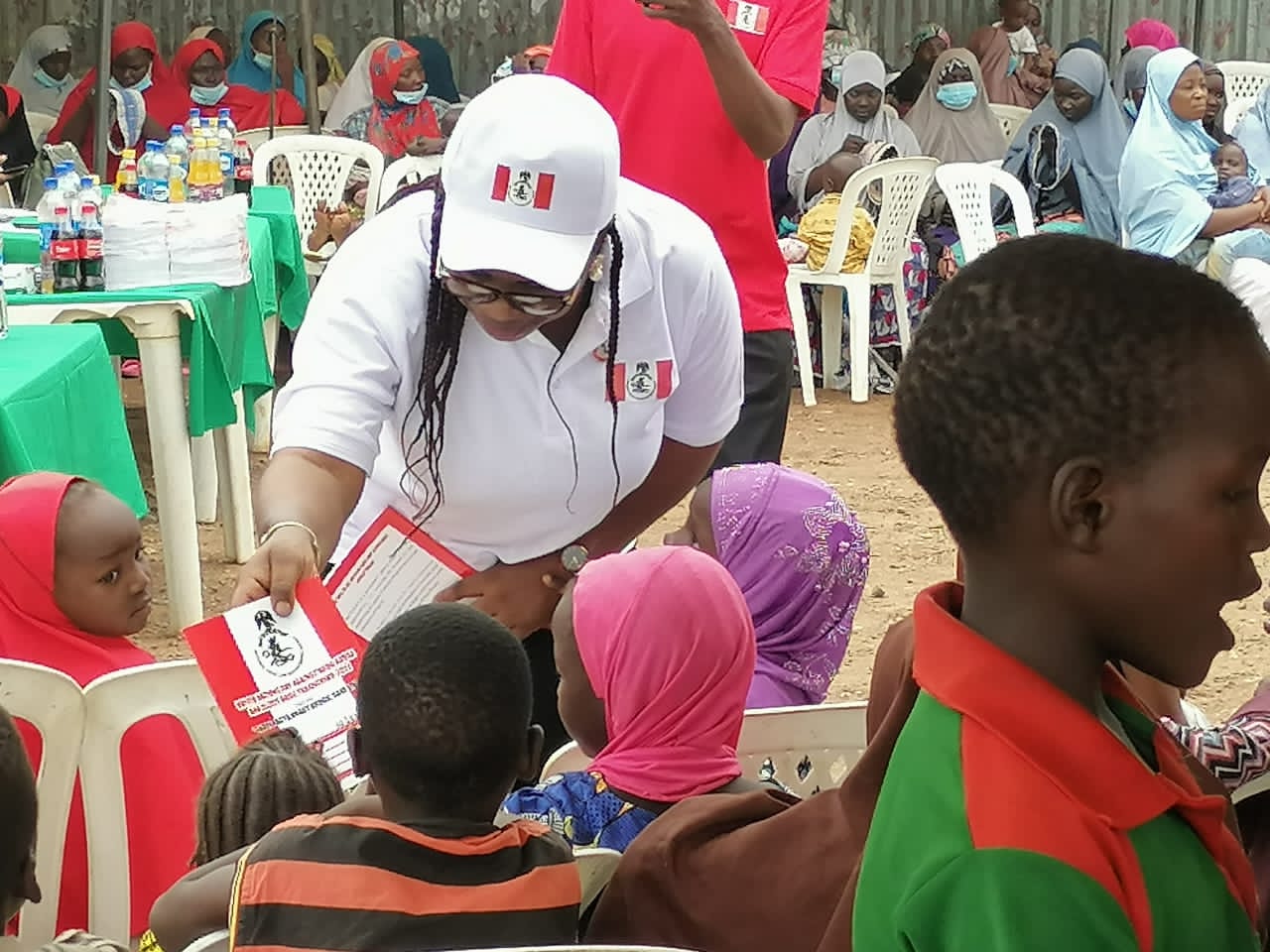 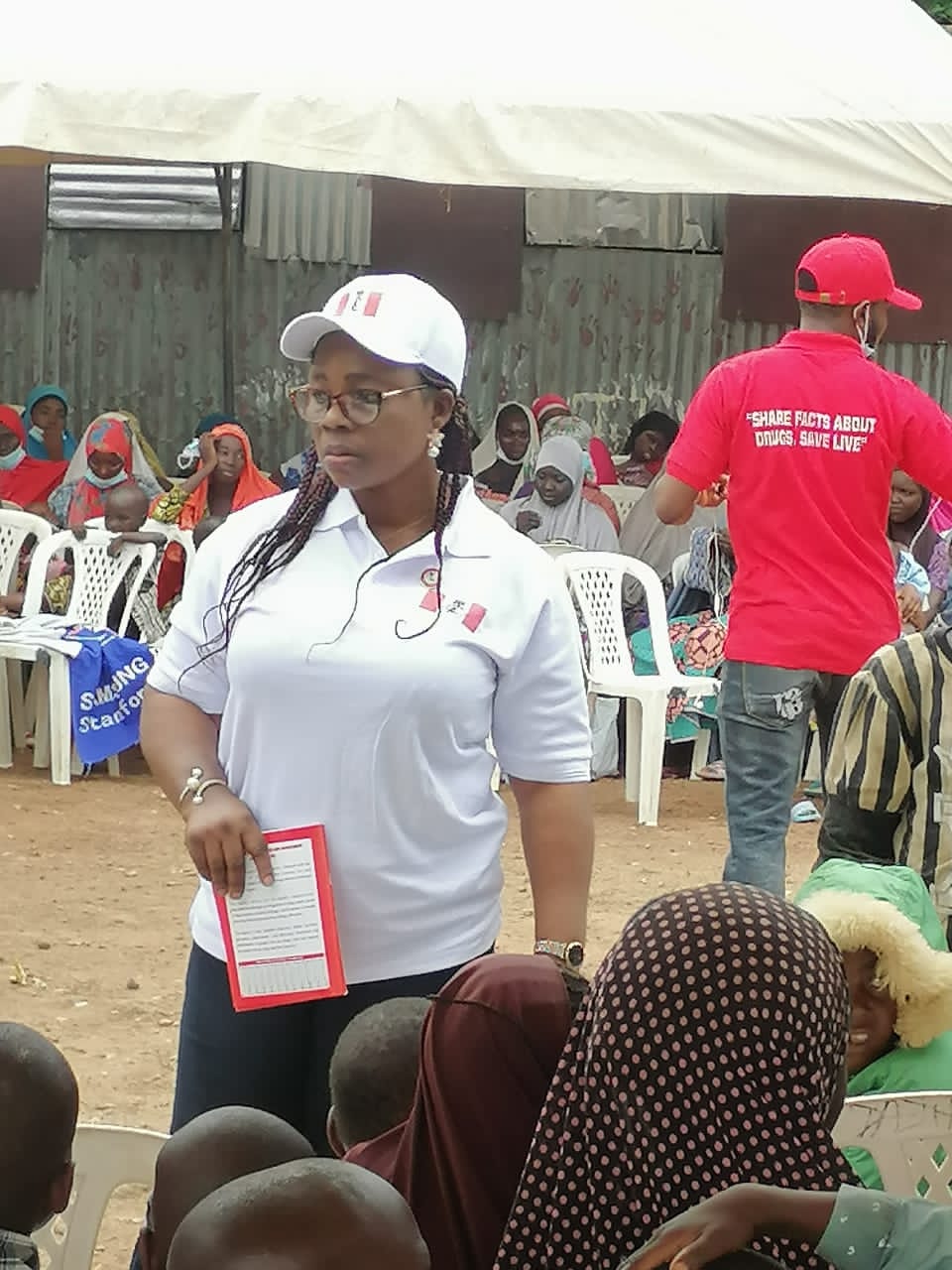 Speaking at the sensitization event, the Director, Drug Demand Reduction, Dr. Ngozi Madubuike who interacted with the women, children and youths said the Chairman/Chief Executive of the NDLEA has assured the IDPs camp of the NDLEA’s  preparedness to curb drug abuse among the men, women, children and youths in the camp, adding that the chairman understands the pains and the trauma they are going through being away from home. She also said henceforth, the presence of the NDLEA in the camp will be permanent with the  establishment of a counselling unit. She therefore sought their support to aid the elimination of drug abuse and other related crimes in the camp. She shared with them facts on the pains associated with drug abuse and urged them to stop any such habit.
The Federal Commissioner for the National Commission for Refugees, Migrants and IDPs, represented by Miss Jamila Iliwasu, praised the NDLEA Chairman for instituting the Counselling Unit links with the IDP camp, tagging it a laudable project aimed at curbing drug abuse in the IDPs camp.
Also speaking at the event, Chairman of the Durumi IDPs Camp, Ibrahim Amadu described the project as a “first of its kind.” He further stated that he is not suprised to see the NDLEA visiting his Camp for the first time because he knew Brig. Gen. Mohamed Buba Marwa will not fail in doing what he knows best. He thanked President Muhammadu Buhari for appointing Marwa as Chairman of the NDLEA. He said the programme and links initiated by the NDLEA for the camp will receive maximum support of the IDPs in the camp.
The Women Leader in the Camp, Iliyatu Ayuba and the PRO, Umaru Gwora, both took turns to speak and hail the decision of the NDLEA Chairman to have a counselling link in the Camp.
Present at the event, were other officials of the Drug Demand Reduction Directorate, an official of the DSS and National Youth Service Corp members. The event ended with interactive sessions and presentations of anti-drug abuse gift items and refreshments to the IDPs.