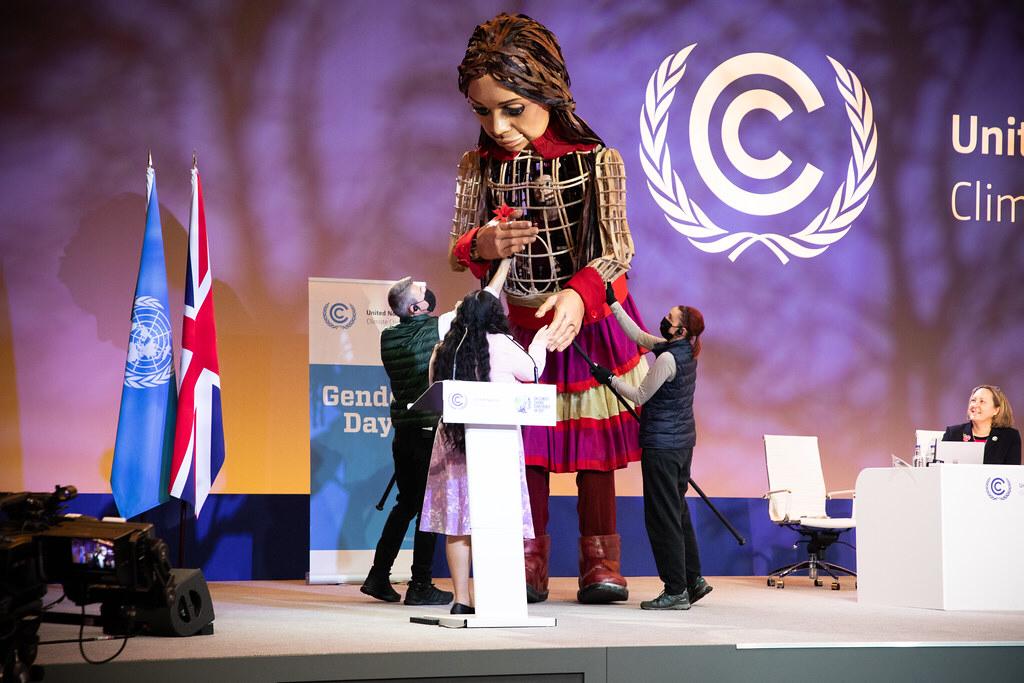 Posted By: The Gazelle NewsIn: WorldNo Comments
Print Email
The United Kingdom has announced the donation of £165 million to tackle climate change, especially to address the inequalities that make women and girls more vulnerable to climate change and empowering them to take climate action. 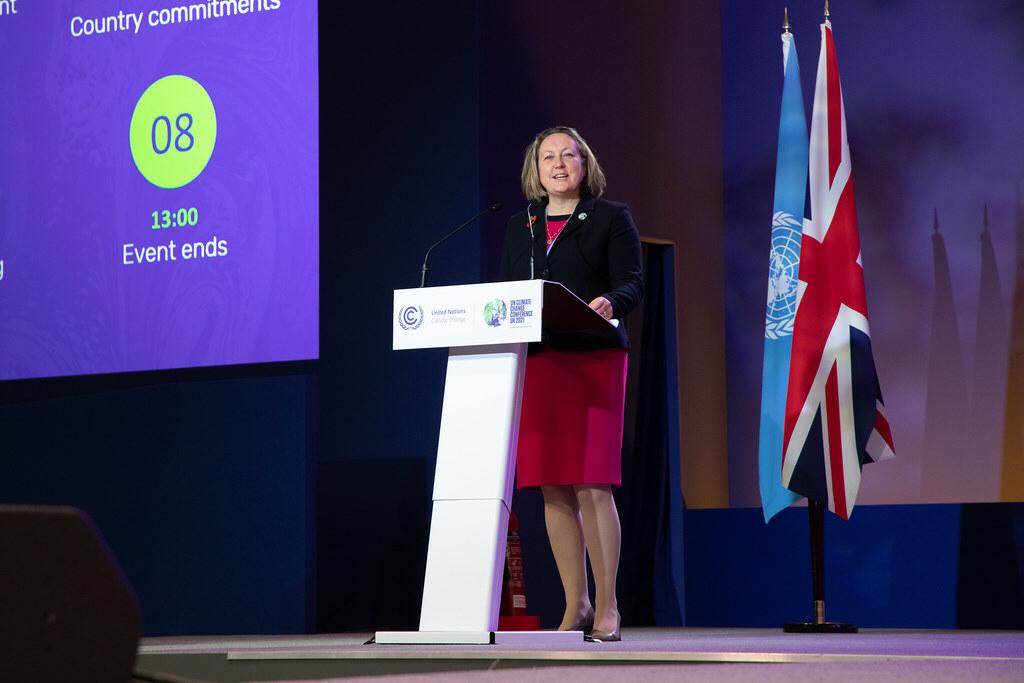 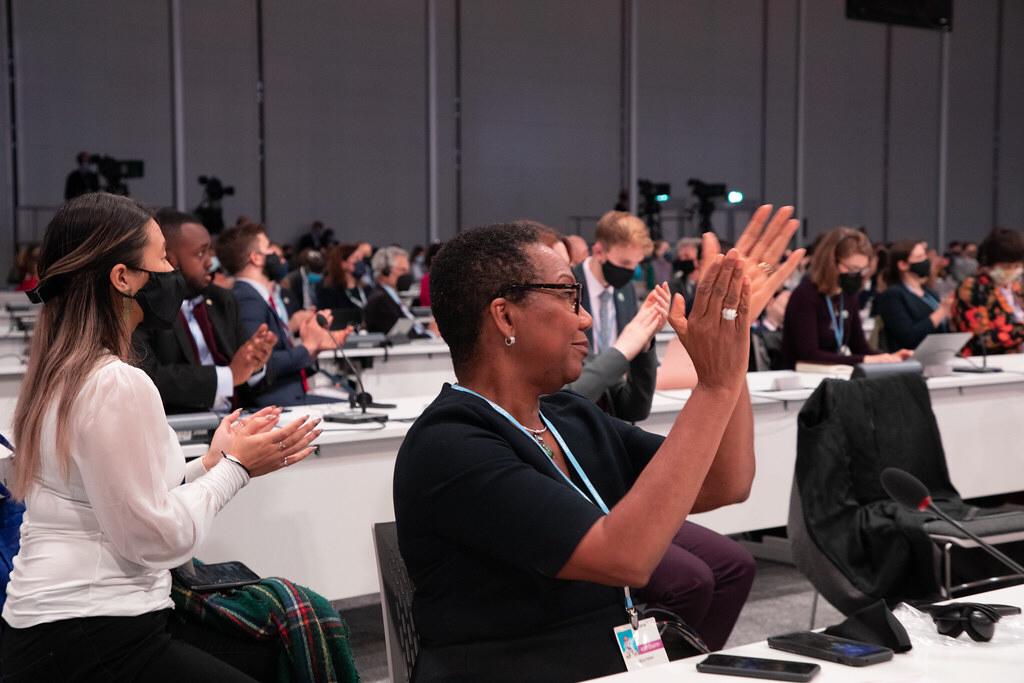 The announcement was made on Tuesday during the Gender Day at the ongoing COP26 in Glasgow, Scotland.
A statement made available by Press & Public Affairs Officer | Comms Lead, Prosperity and Economic Development at the Foreign Commonwealth and Development Office in Nigeria, Ndidiamaka Eze noted that around the world, the UN has found that women are more vulnerable to the effects of climate change than men, in part because they constitute a large majority of the world’s poor and often depend on small-scale farming for a livelihood, which is particularly vulnerable to climate change.
The statement noted that women and children can comprise 80% of those displaced by climate-related disaster. But addressing gender inequality has also been proven to advance efforts to tackle climate change.
The statement recalled that in 2017, Nigeria adopted the International Gender Action Plan by the United Nations Framework Convention on Climate Change (UNFCCC), and in 2020, the country developed its National Action Plan on Gender and Climate Change, with the main goal of the plan being to ensure that national climate change efforts in Nigeria mainstream gender considerations to guarantee the inclusivity of all demographics in the formulation and implementation of climate change initiatives, programs and policies.
It added that an implementation strategy was developed in 2021 with UK support, and it set out how gender action should be implemented under five climate change priority areas: Agriculture, Forestry and Land Use; Food Security and Health; Energy and Transport; Waste Management; and Water and Sanitation.
Other national climate plans on adaptation and mitigation including Nigeria’s revised Nationally Determined Contribution or NDC and its recently published Adaptation Communication highlight measures to enhance gender integration in climate change policies and actions.
The statement revealed that the COP26 President Alok Sharma and UK International Champion on Adaptation and Resilience for the COP26 Presidency, Anne-Marie Trevelyan hosted the UK’s Presidency Gender Day event accompanied by Little Amal, the 3.5 metre puppet travelling 8,000km in support of refugees, and Brianna Fruean, a Samoan Climate Change activist.
The statement disclosed that during COP26 on Tuesday, the UK announced £165 million to tackle climate change while addressing the inequalities that make women and girls more vulnerable to climate change and empowering them to take climate action.
The statement quoted Anne-Marie Trevelyan, to have said: “It is women, girls and those who are already most marginalised, that will be most severely impacted by climate change. But they also have a critical role to play to address the climate crisis.
“The UK is committed to addressing this dual challenge head on, committing new funding to empower communities and women’s groups to take locally-led adaptation action, to build local, national and global resilience. I urge more countries to make commitments to implement the UNFCCC Gender Action Plan and deliver the goals of the Feminist Action for Climate Justice.”
The British High Commissioner to Nigeria, Catriona Laing, was quoted to have said: “Climate change has led to the preventable loss of lives through actions that are insufficient or delayed, rolling back women’s economic gains of past decades. Aligning resources and responses, and taking deliberate action will provide us an opportunity to improve livelihoods of women, create a sustainable economic future and better protect the planet.
“Throughout the UK’s COP26 Presidency, we are encouraging countries around the world to put gender equality at the heart of climate action. I am pleased that Nigeria is engaged on this agenda and is putting gender considerations at the core of national climate and development plans.”
The statement noted that through its COP26 Presidency, the UK has been urging countries around the world to put gender equality at the heart of climate action, and today, convened ministers and other actors to discuss new action to tackle gender and climate change. A number of countries and stakeholders also announced bold new gender and climate commitments today.
It recalled that the UK jointly launched a toolkit on gender-smart climate finance. Co-led by CDC, the UK’s Development Finance Institution, the toolkit will improve understanding on the opportunities of gender-sensitive climate investment by providing guidance to the finance community on how to deliver climate outcomes while promoting gender equality and women’s economic opportunities.