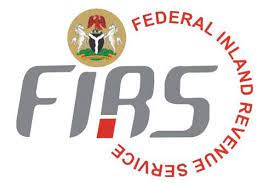 The government’s revenue agency has consequently issued a tax-deductible donations certificate to DashMe Foundation. The certificate was issued to the Foundation last week Thursday in Abuja.

DashMe, a Lagos-based charity with operations in Nigeria, the United States and the United Kingdom, was founded by former finance minister, Kemi Adeosun, in June 2021.

In a statement on Sunday, the DashMe Foundation said corporate organisations that donate to it will now enjoy donation relief under its new status, which is an allowance to deduct their donations from their taxable profits.

The former Finance Minister expressed her delight at the FIRS’s tax-deductible donations certificate to DashMe Foundation.

Reacting on the development, Adeosun noted that the issuance of the certificate by the country’s foremost tax body is a recognition of the charity’s strides in the past year and its commitment to changing the lives of vulnerable Nigerians.

Adeosun, who recalled that DashMe was recently granted a similar certificate in the United States, added that the approval would energise the charity’s drive to obtain the same tax-exempt status in the UK.

She said, “I am delighted that FIRS has recognized DashMe Foundation as being worthy of this rare status. We believe that more corporate bodies will be incentivised to donate to us now that they know that their donations will be fully tax deductible.

“The certificate will significantly enhance our capacity to raise more funds from the corporate sector and also enhance our ability to initiate more life-changing projects for Nigeria’s most vulnerable children, women and other disempowered groups.”

The interim Chief Executive Officer of the organisation, Tomisin Akinwunmi, also expressed excitement at the funding possibilities that the charity’s new status offers.

“We are thrilled by this development. Our projects are making a huge difference in the lives of people and this certification will encourage us and our partners to do more. We are thankful to the FIRS for providing us with anover N200 million in the past year, through its thrift shops, corporate donations drives and snacks business.
opportunity to raise funds at a scale that would enhance our ability to reach more Nigerians,” Akinwunmi said.

Akinwunmi said the Foundation had raised over N200 million in the past year, through its thrift shops, corporate donations drives and snacks business.

She added that the Foundation planned to extend its operations to all parts of the country by year-end 2023.

The Foundation’s current projects include orphanage building projects in Imo and Ogun states, sponsorship of orphans in universities, provision of prosthetic limbs and start-up capital for amputees, as well as regular food donations to several orphanages and IDP camps.

DashMe, a Lagos-based charity with operations in Nigeria, the United States and the United Kingdom, was founded by a former finance minister, Mrs Kemi Adeosun in June 2021. Since its launch in June 2021, the foundation has raised over N200 million through its thrift shops, corporate donations drives and snacks business.

The vision of Dash Me is to raise funds from within Nigeria and her diaspora community to change the lives of Nigeria’s most disempowered persons through projects that seek to improve the lot of orphaned children, women and underprivileged groups