By The Gazelle NewsOctober 24, 2021No Comments3 Mins Read 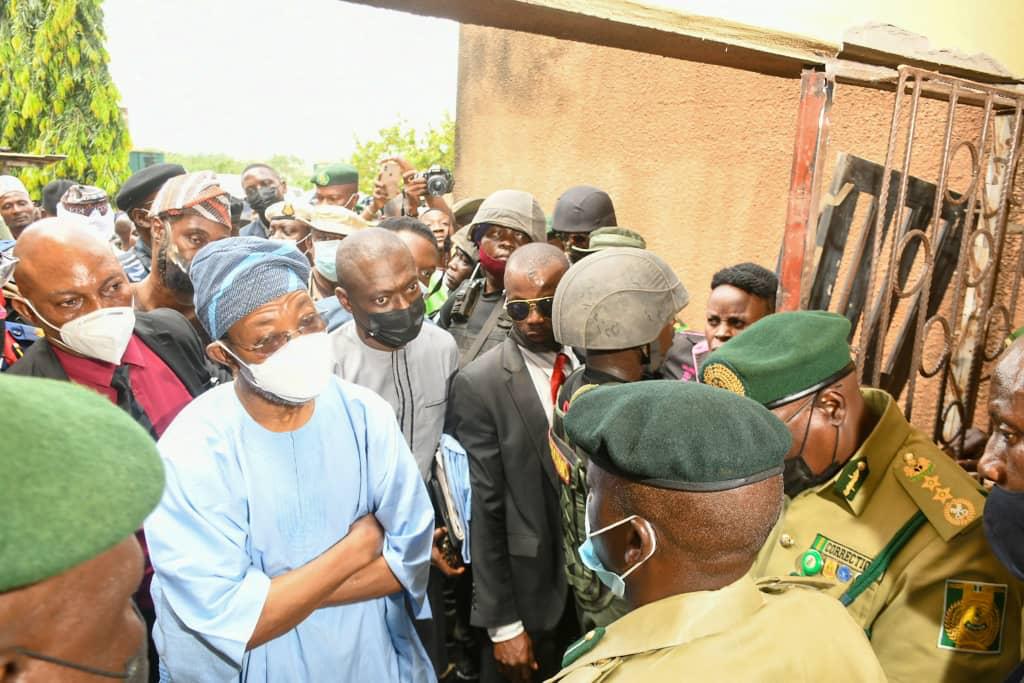 Share
Facebook Twitter LinkedIn Pinterest Email
Minister of Interior, Ogbeni Rauf Aregbesola, has vowed to pursue and recapture all inmates who escaped from the Abolongo, Oyo, Oyo State, Custodial Centre of the Nigeria Correctional Service (NCoS) on Friday night, 22 October, 2021 when the facility came under attack of gunmen.
The Minister gave the assurance whilst making an inspection visit to the facility on Sunday morning, 24 October, 2021 in Oyo, Oyo State. 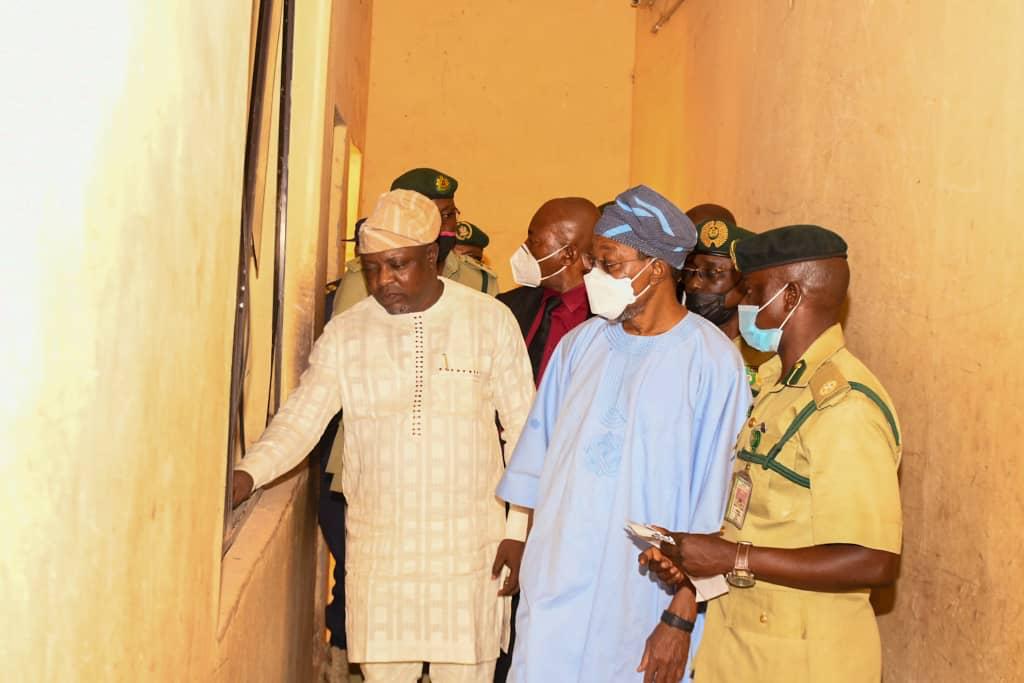 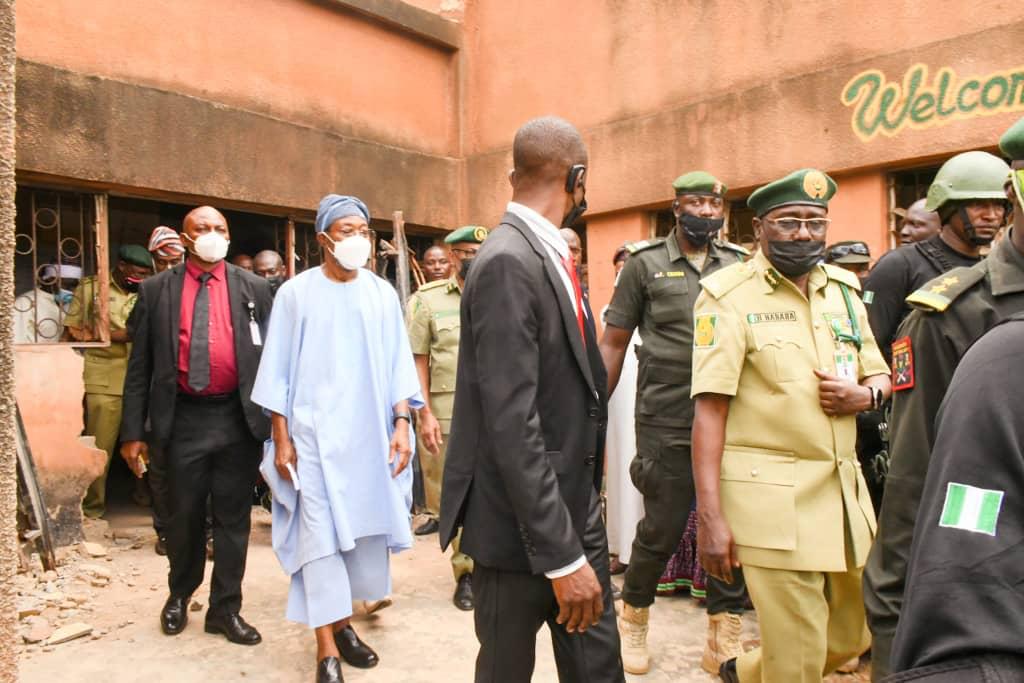 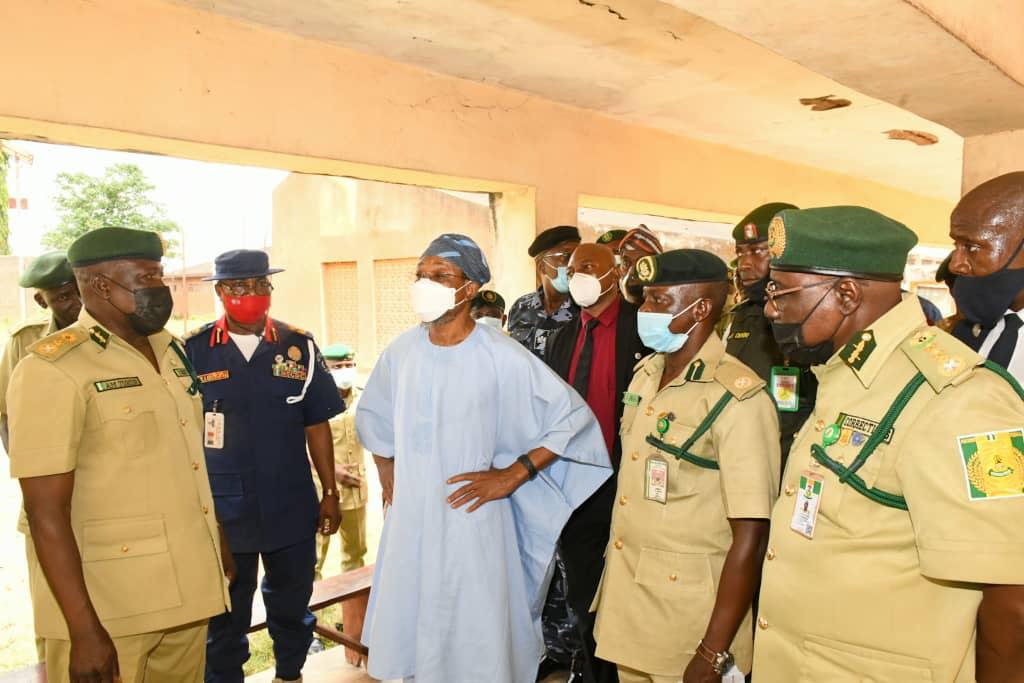 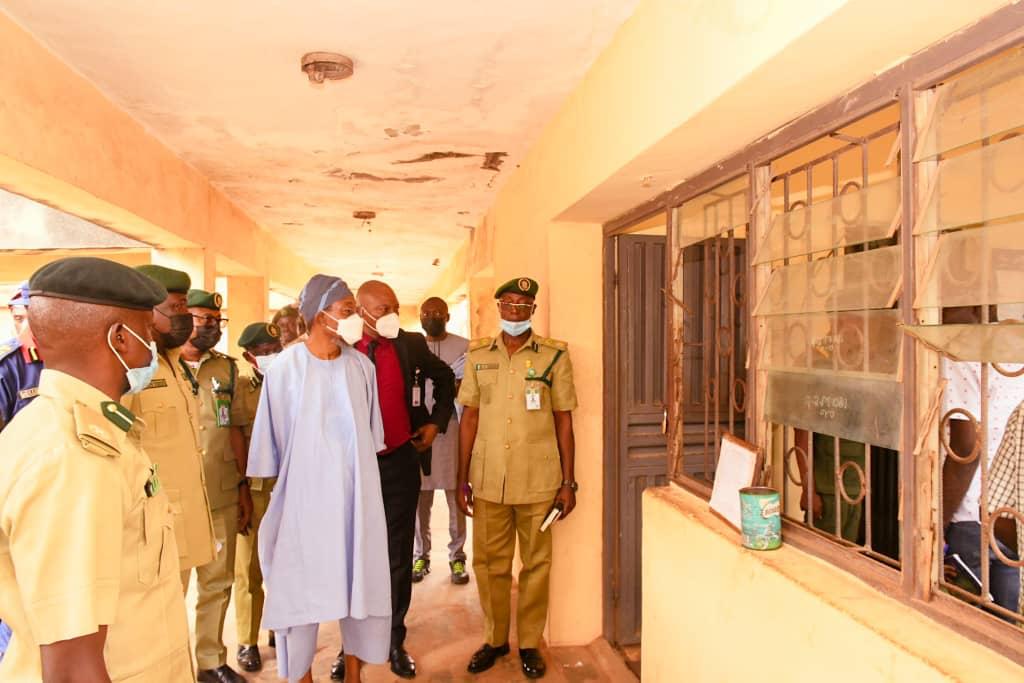 “I’m assuring Nigerians that the Federal Government will pursue not just those who attacked our facility, but those who have escaped lawful custody.
“The attack was unconscionable. I commend officers of the Nigeria Correctional Service and other members of sister security agencies who provided perimeter security for our facility for fighting gallantly and holding the fort before the  attackers were able to gain access to the awaiting trial section of the facility. However, those who escaped are already being pursued. Some have been rearrested, many more will still be captured,” the Minister stated.
Giving more details about those who escaped, Ogbeni Rauf Aregbesola noted that, 446 out of 907 escapees have been recaptured, whilst 69 never left the facility.
“As at the last count, 446 of the escapees have been recaptured, leaving 392 still at large. We want to assure Nigerians that the service have an updated database of the escapees which includes their biometrics. We are sharing the database with all security agencies in the country, including the Interpol, so those who escaped our recapture efforts can be nabbed.
“To those on the run, be assured you have nowhere to hide. You can run, but you can’t hide. We’ll fish you out! We are publishing details of those who escaped in the mass media so the public can assist in that effort,” the Minister reiterated.
On the effort to rebuild the damaged part of the facility, the Minister noted that he has directed the NCoS, to immediately begin remediation work.
“I have instructed the CG of NCoS to immediately begin the reconstruction of the damaged parts of the building. We hope to make the facility better secured and more habitable for the inmates.
Also speaking during the inspection, the Controller General of the Nigeria Correctional Service, NCoS, Haliru Nababa, noted that so far, the service has successfully prevented internal jailbreaks in all her facilities.
“The NCoS have so far prevented internal jailbreaks in the country. What we have reoccurring in recent times are external attacks on our facilities. We have been retraining our officers not just on securing those in lawful custody, but prevent external attacks.
“We are collaborating with other security agencies in the country to make such attacks near impossible and where they do occur, the attackers will not live to regret it,” the CG stated.
On the instruction given by the Minister of Interior to immediately begin remediation work on the facility, CG Nababa noted that work has begun already.
“As you can see, workers are already on site fixing damaged doors, broken windows and mounting walls. Before the end of today, work would have been completed on it,” Nababa stated.
Before leaving Oyo, the Minister’s entourage paid a courtesy visit to the Alaafin of Oyo, Oba Lamidi Adeyemi III, and commiserated with him over the attack of the FG facility in his town.
“We are here to commiserate with your majesty over the attack in your town less than 72hours ago. Oyo is known as a peaceful town and with the measures we are putting in place, you can be assured nothing of such will take place again,” Ogbeni Aregbesola assured the monarch.