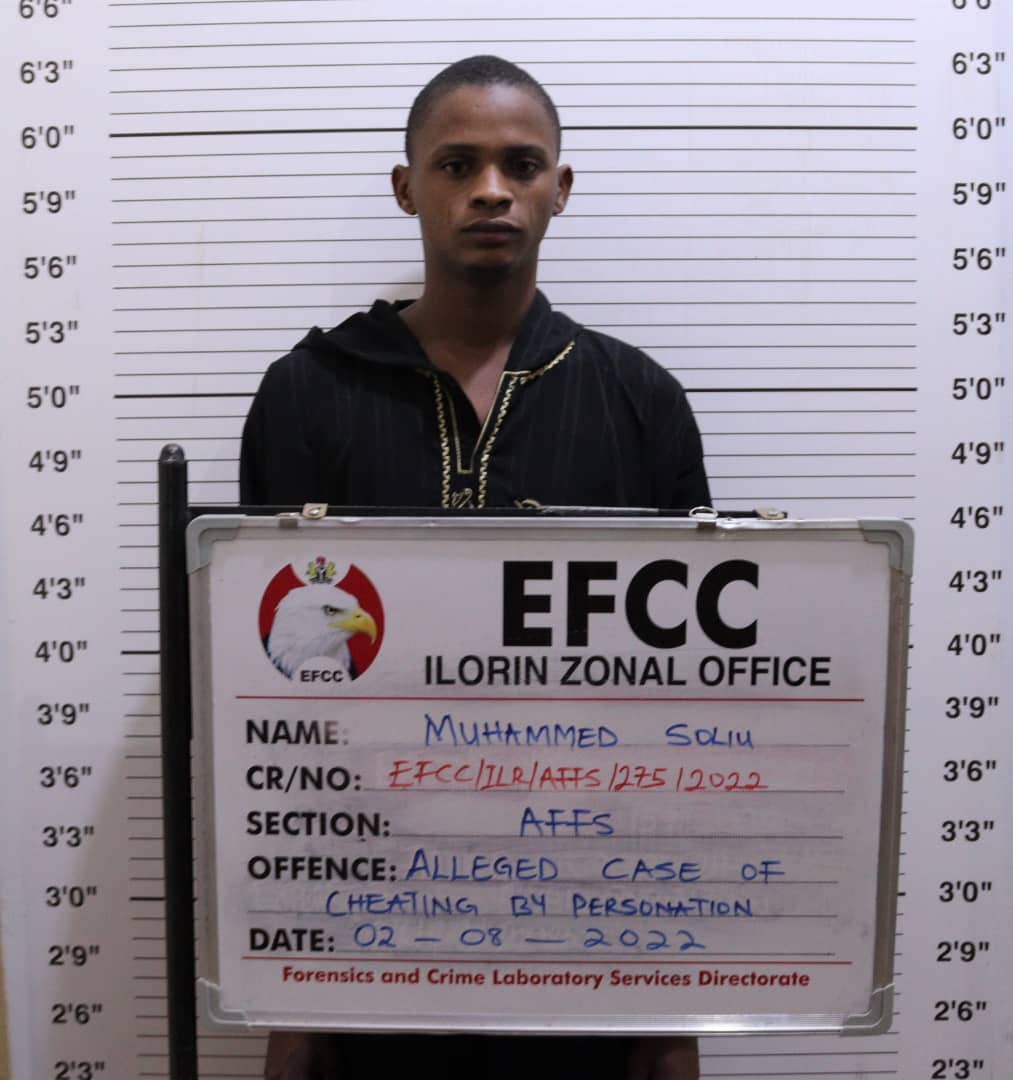 The judge found Muhammed guilty on the three counts levelled against him by the Ilorin Zonal Command of the Economic and Financial Crimes Commission, EFCC, and consequently pronounced a prison term of 6months on each count, to run concurrently.

Muhammed’s journey to prison started on August 2, 2022 when operatives of the EFCC, while acting on intelligence on the infamous activities of some internet fraudsters in Ilorin,  traced him to his house located at Oke-Ose area of the metropolis, where he was arrested.

Investigation into the case revealed that Muhammed, in the course of his illegal deals benefited over N28 million, part of which he used to build a house, establish a boutique and purchase a Toyota Camry car.

The defendant pleaded guilty when the three count charges were read to him.

Justice Yusuf, while sentencing the convict gave N100,000 as option of fine on each count. The judge also ordered the forfeiture of a 3- bedroom bungalow located at Yangamu, Oke-Ose, Ilorin; a Toyota Camry Car with registration number KSF 846 HG; 78 pieces of new clothes recovered at his boutique; one standing fan; the sum of N1,482,516.90 (One Million, Four Hundred and Eighty-Two Thousand, Five Hundred and Sixteen Naira, Ninety Kobo) proceeds of the crime found in the convict’s bank account and the two phones, which he used to perpetrate the crime, to the Federal Government.