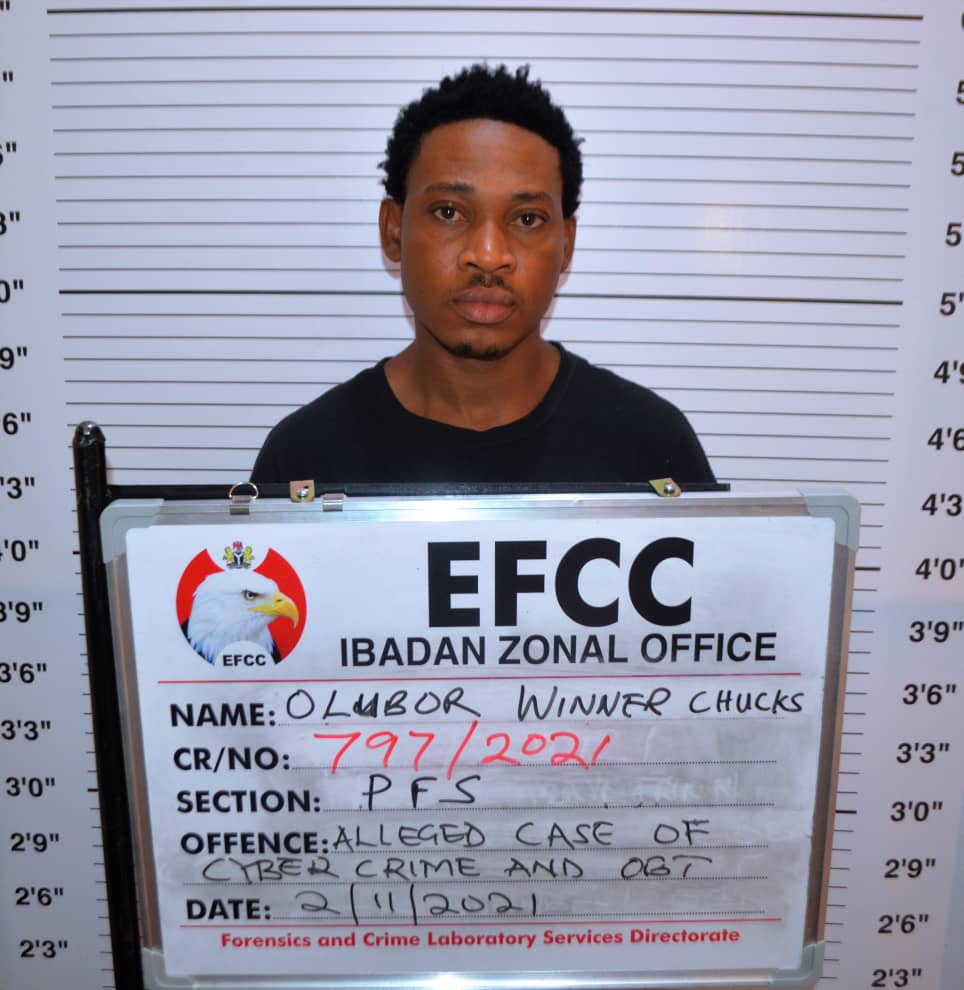 The Ibadan Zonal Command of the Economic and Financial Crimes Commission, EFCC, on Monday, January 10, 2022, secured the conviction of five fraudsters who were ordered to return a total of $4,641 to their victims before Justice Ayokunle Rotimi-Balogun of Ogun State High Court, Abeokuta. 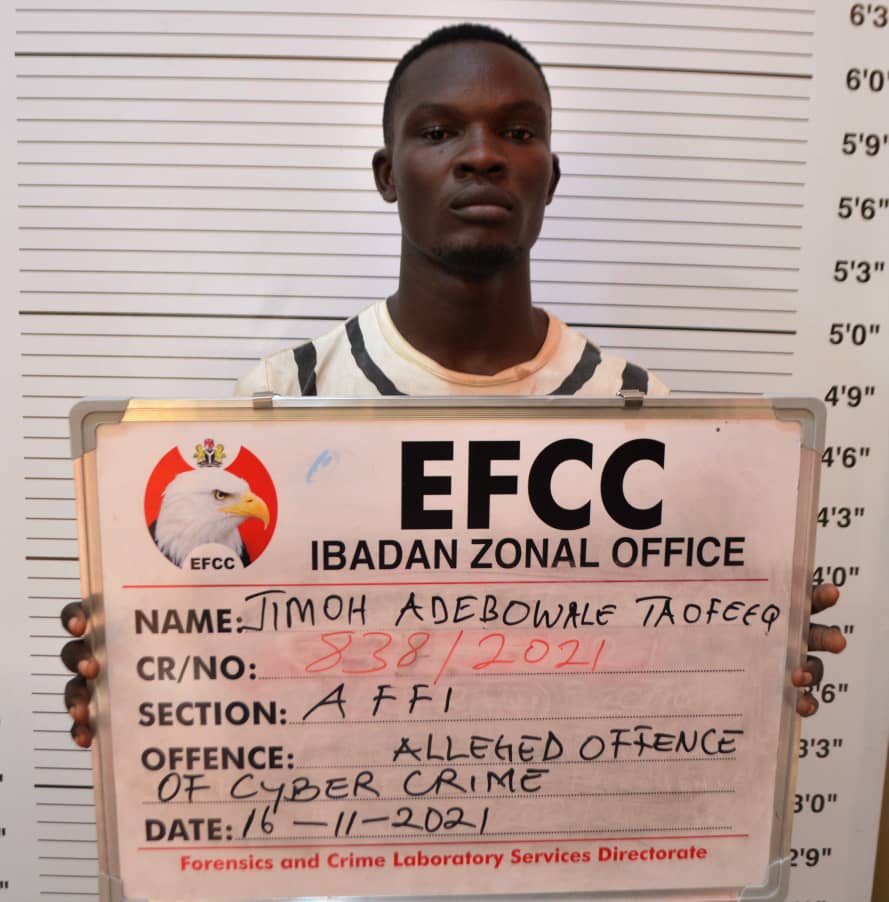 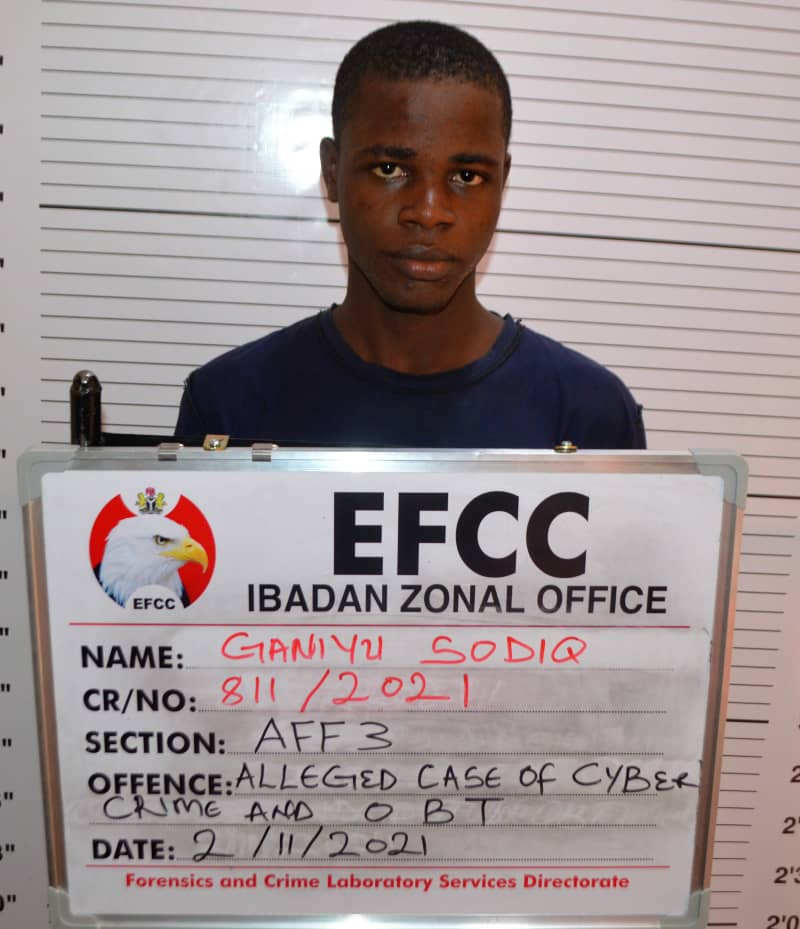 They were convicted and sentenced to four months imprisonment each, for the offence of obtaining money under false pretences, contrary to section 419  of the Criminal Code, Laws of Ogun State,2000.

The court also ordered the convicts to restitute their victims. 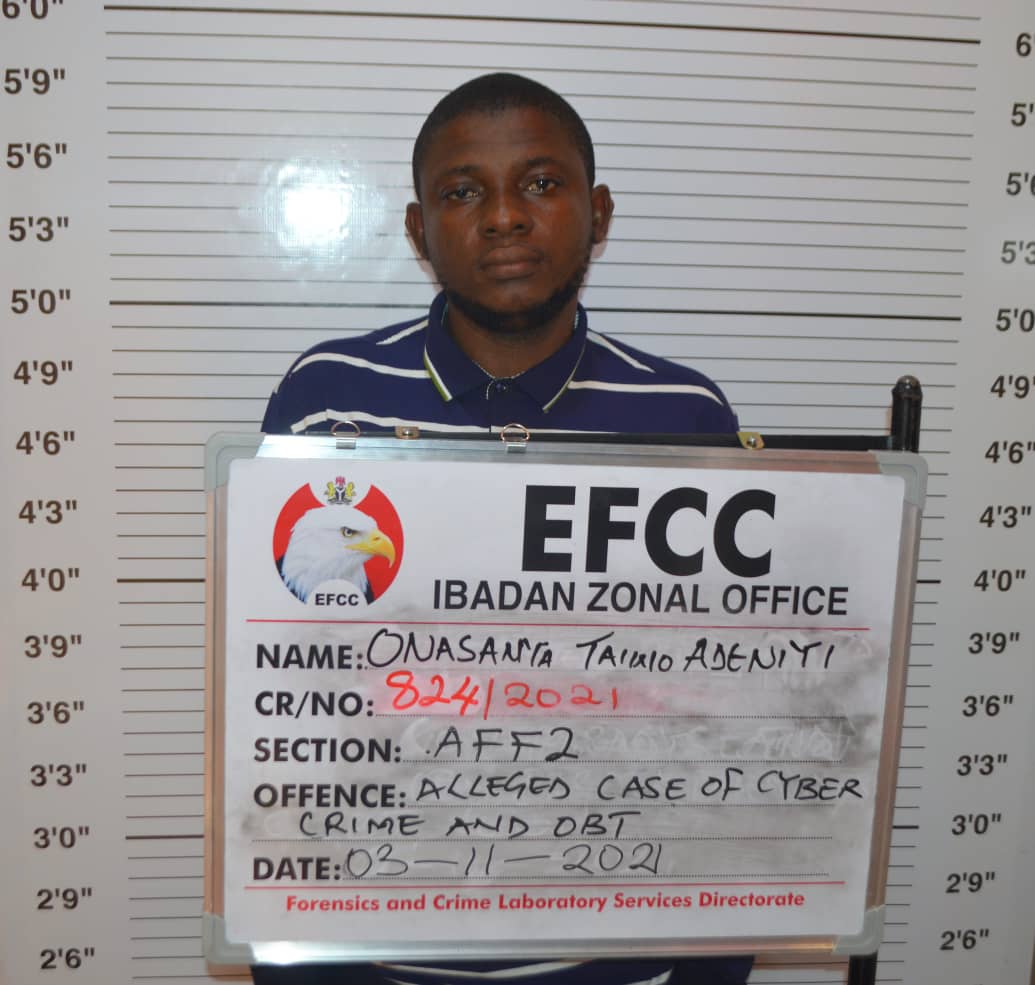 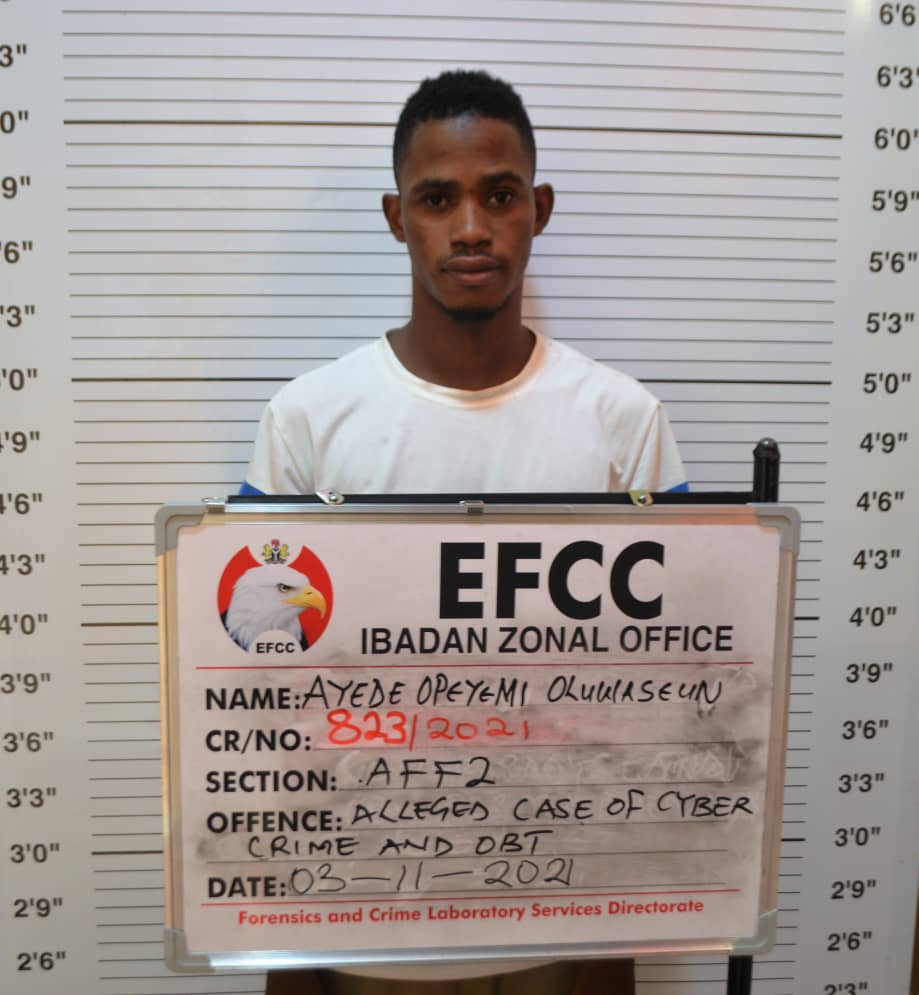 Onasanya was ordered to restitute his victims – Hannah Pane, Mr. Roland and Carolyn Donna the sum of $2,000USD(Two Thousand United States Dollars) and forfeit one iPhone XR and a Toyota Corolla 2012 model salon car to the Federal Government of Nigeria.

Similarly, Olubor is to restitute his victim the sums of $591USD (Five Hundred and Ninety One  United States Dollars) He was equally ordered to forfeit to the Federal Government of Nigeria, one  Iphone  11 Pro Max and one Black Wrist iwatch series 3.