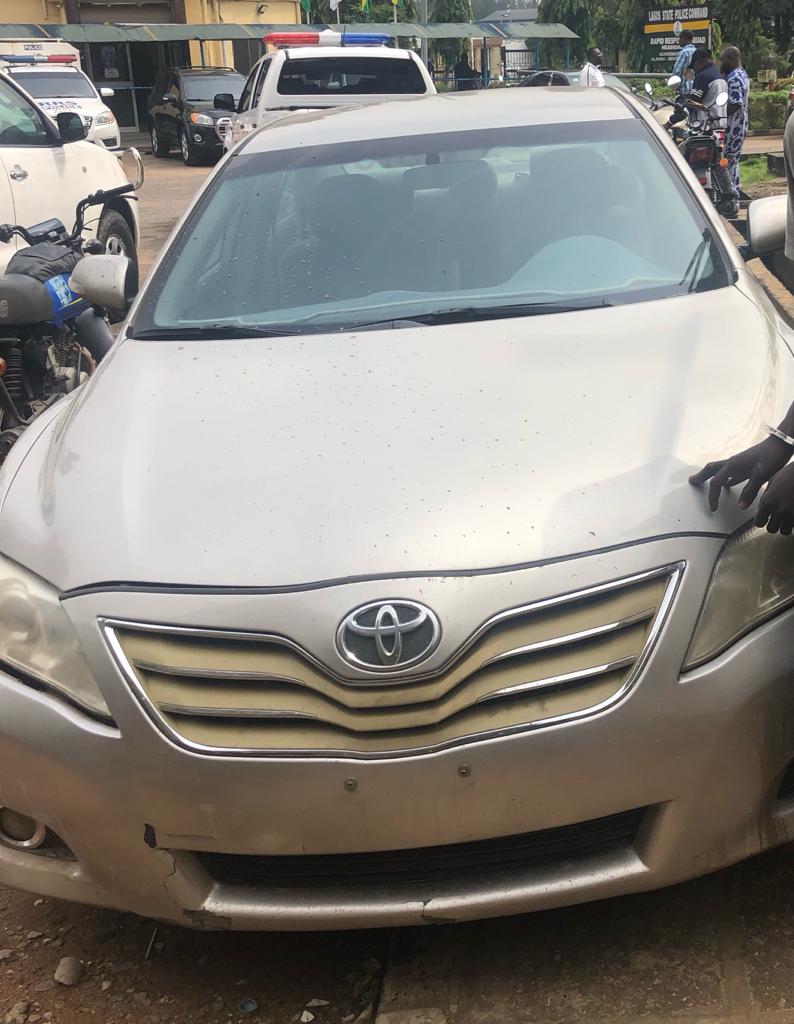 Posted By: The Gazelle NewsIn: Crime, NewsNo Comments
Print Email
By Ibrahim A. Jagaba
The Rapid Response Squad (RRS), unit of the Lagos state Police command has succeeded in arresting a member of an inter-state car theft syndicate, as well as recovered a year 2010 model Camry car, stolen two weeks ago from the Federal Capital Territory, Abuja, and sold in Ghetto, Marwa area of Lekki, Lagos state. 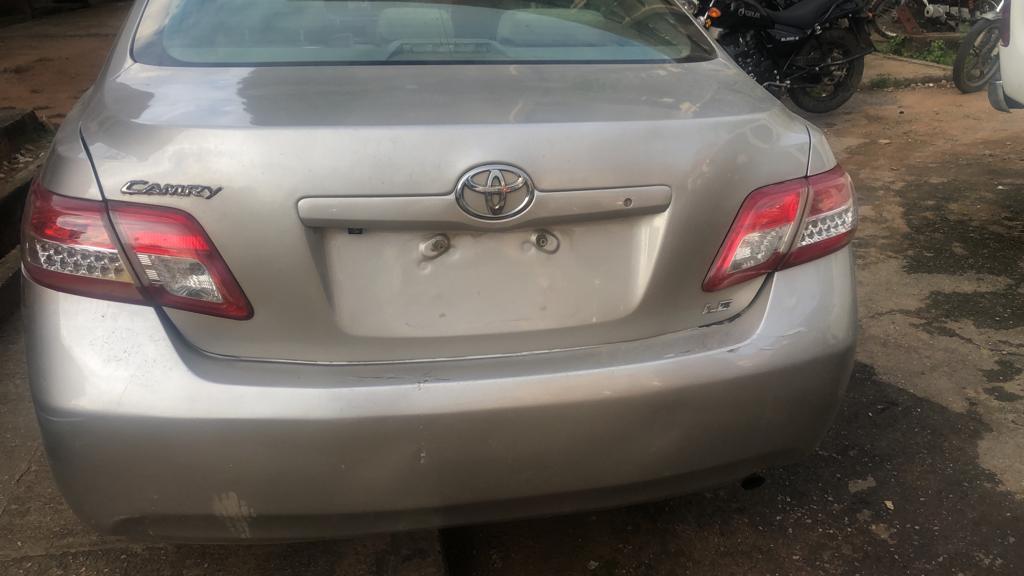 The vehicle conveying a suspect, namely, Saheed Jimoh, male, 27, and one other person who is at large now, were intercepted by men of the RRS around Ijaiye area of Lagos, where on the spot checks by the operatives, exposed the racket and immediate arrest.
Findings revealed that, the driver, one Bamidele, engaged by the owner of the vehicle through an agent, disappeared with the vehicle after dropping her in church around Garki area of the FCT, leading to her lodging a complaint with the police in Abuja and the consequent manhunt for the driver and his collaborators; the arrested suspect had confessed that, the escapee occupant, who he said is named Biodun, was the first line buyer of the stolen vehicle and had actually contracted he, Saheed Jimoh to drive the loot to Ogun state where, it was to be sold to the second line buyer.
Confessing further, the suspect said, the car was sold to Abiodun for N500,000 and Bamidele, the driver, has received part payment of N120,000, while, he was contracted to deliver to the final point of disposal in Ogun state for N50, 000.
The recovered vehicle is currently  undergoing processes leading to hand over to the owner, interfacing with sister division and unit of the FCT command, as the commissioner of police, Lagos state command, CP Hakeem Odumosu, directs a full scale manhunt for the fleeing accomplices.

2023: SDP Flag-bearer Vows To Reveal Where Nigeria’s Money Is Hidden If Elected President