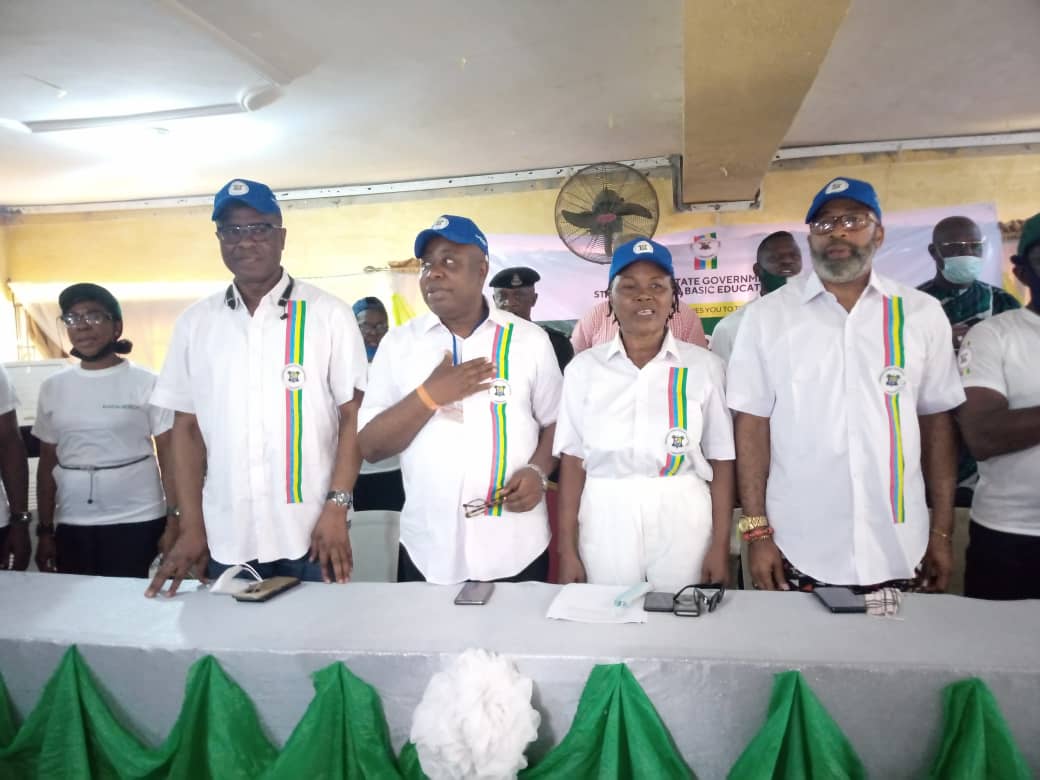 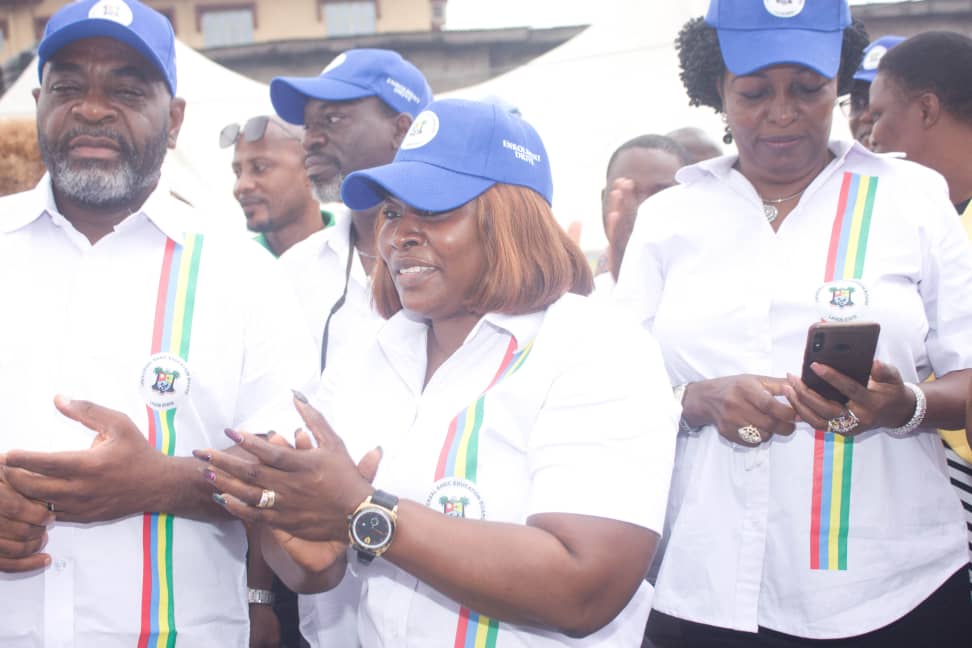 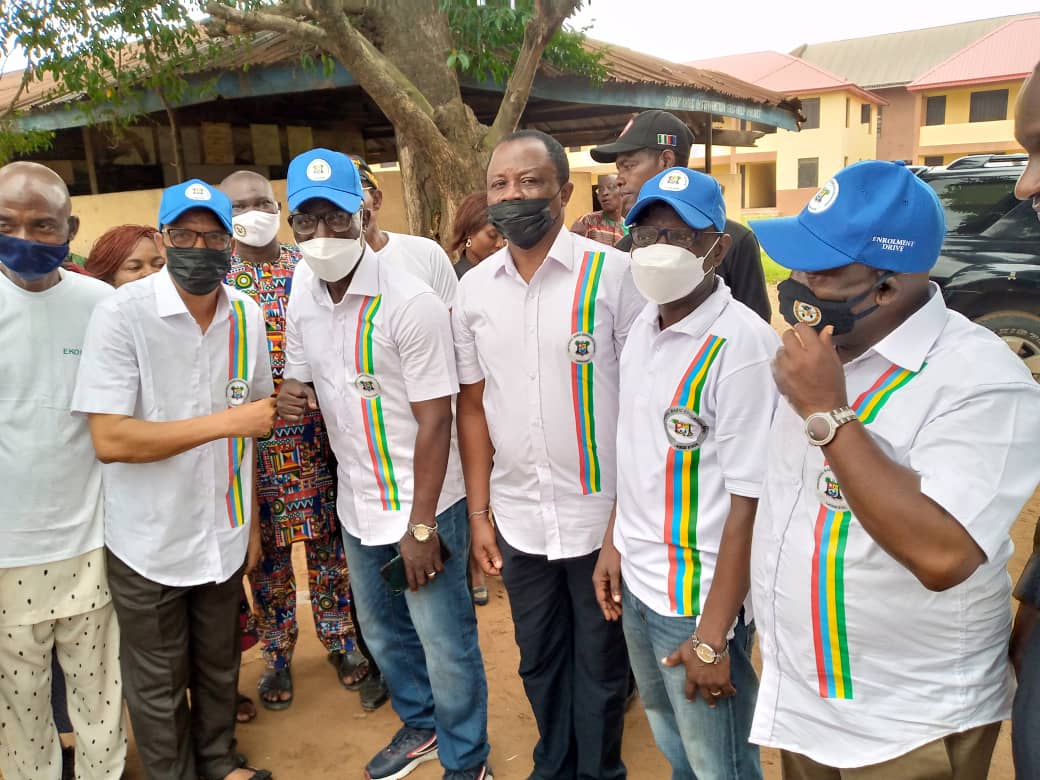 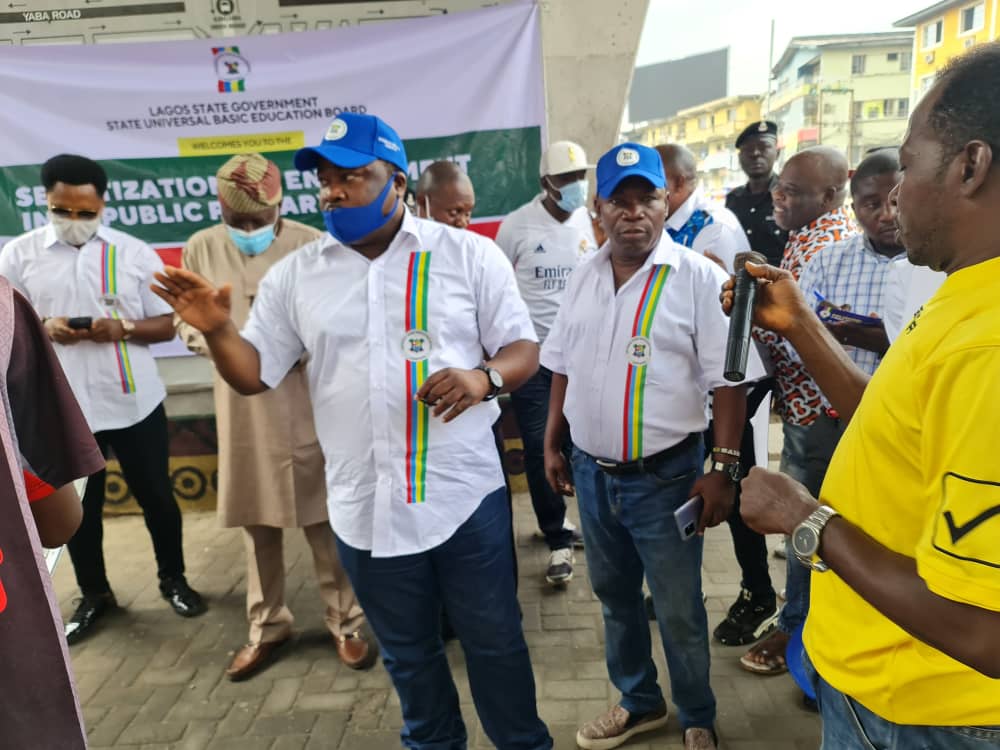 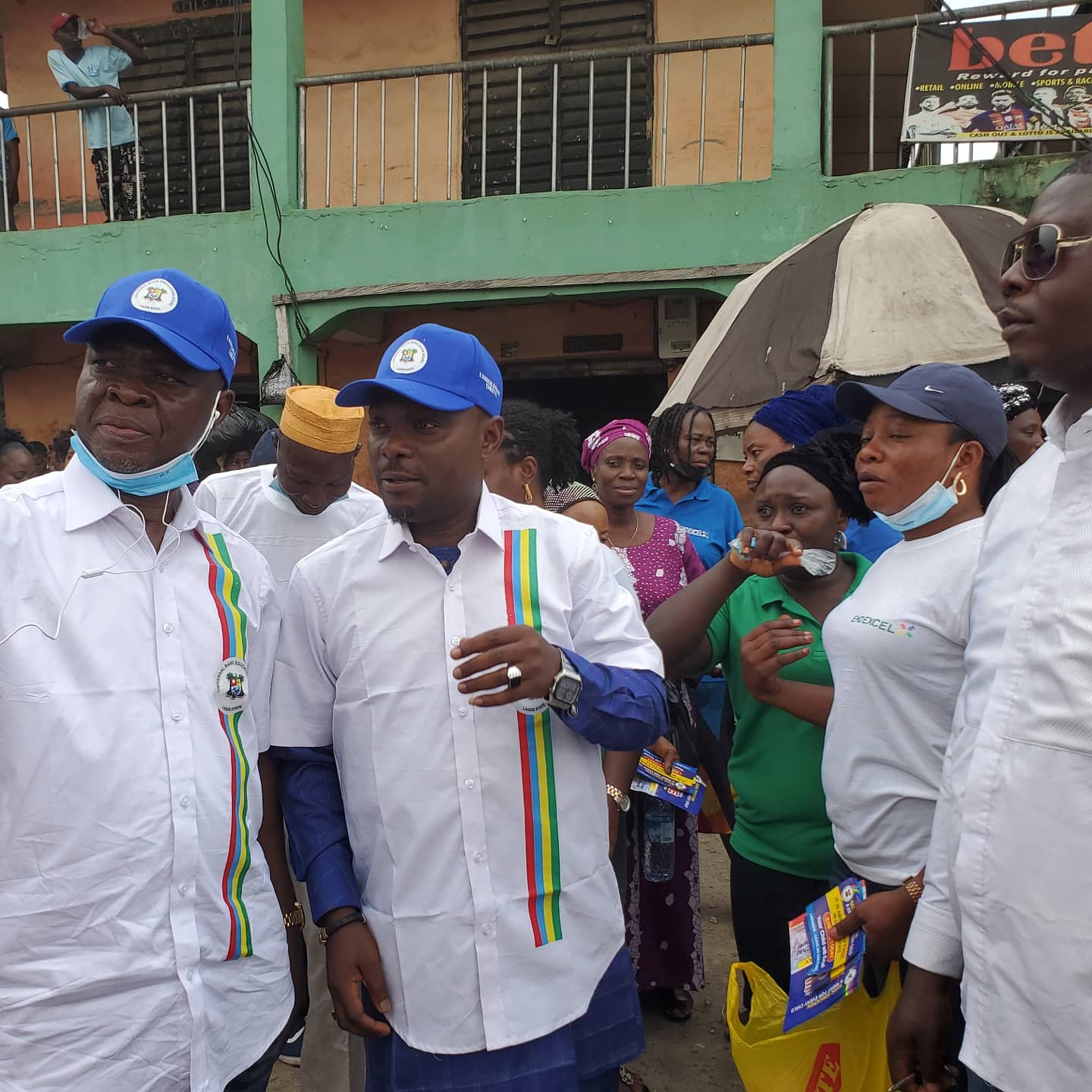 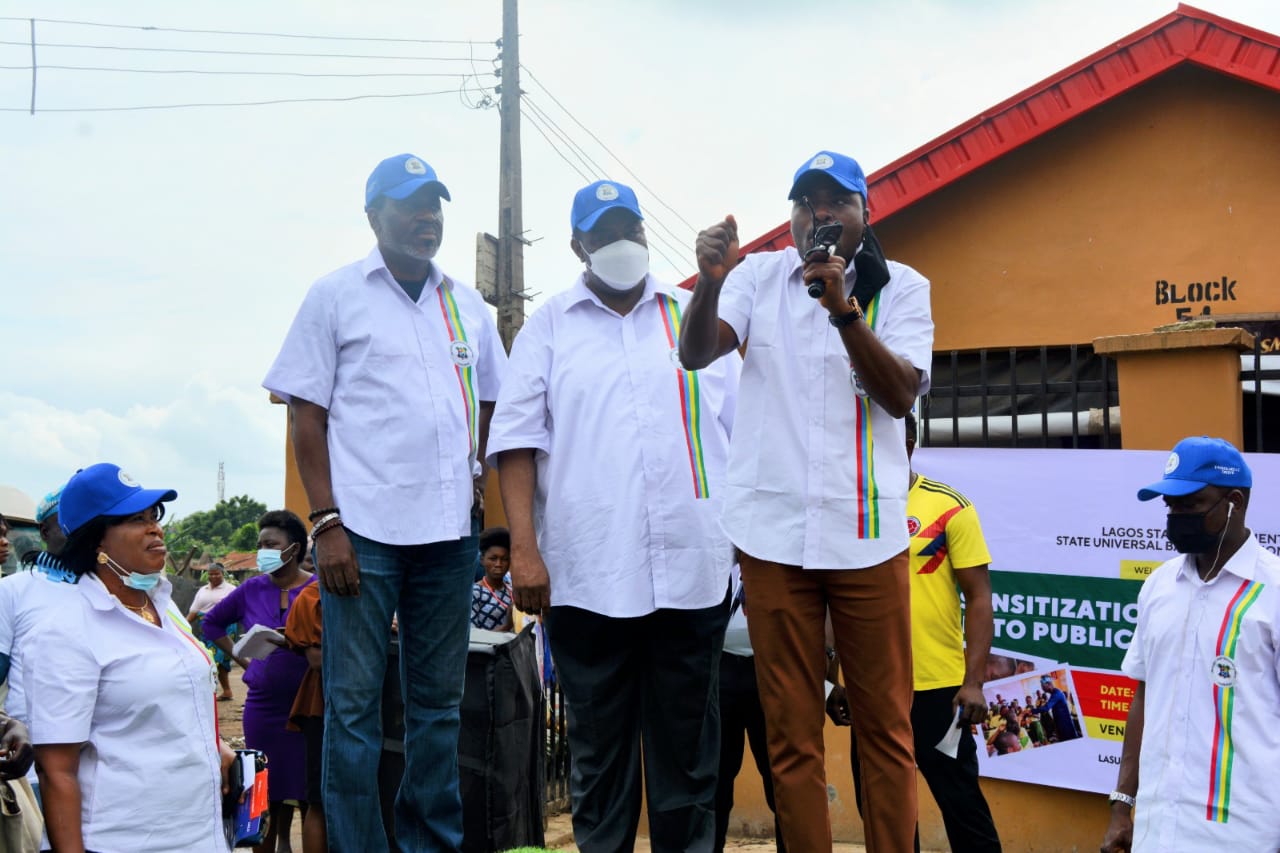 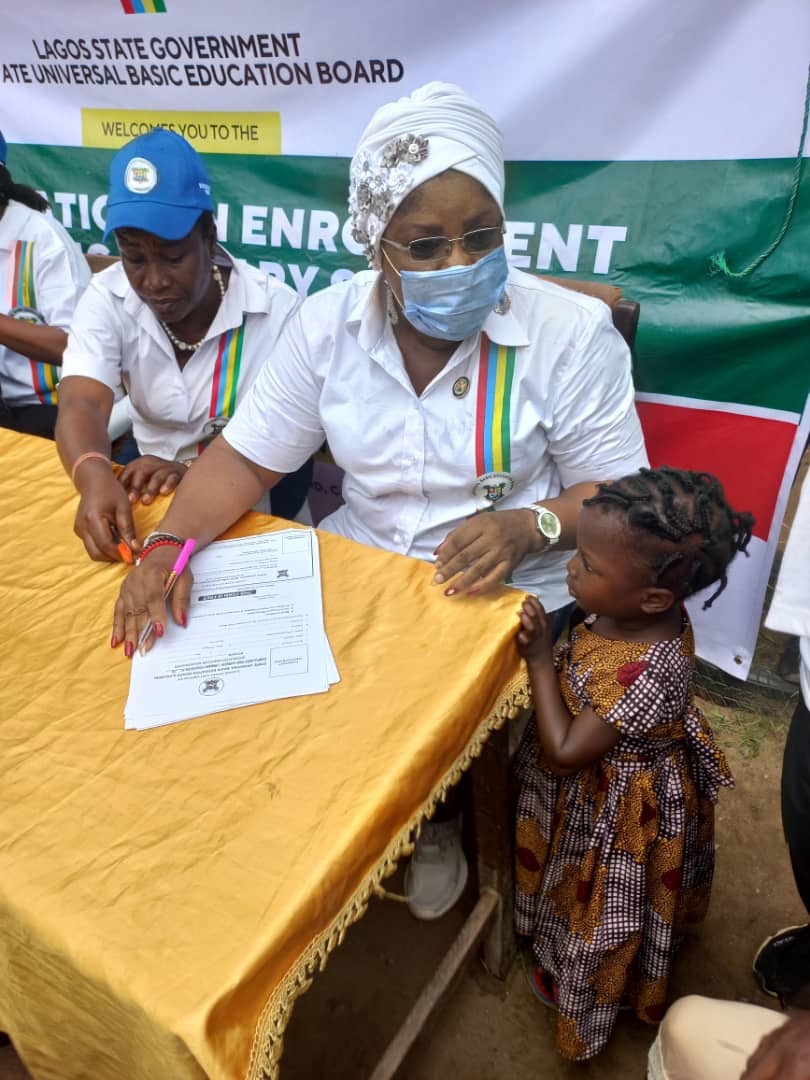 The awareness logged with various Nollywood actors was aimed at educating parents, guardians and the general public on free access to complusory basic education and also to tackle the menace of out school children in the state.
During the campaign at fruit market, Ikosi-Isheri LCDA and Bariga Market, Bariga, the SUBEB Chair stated that the drive is to mobilize communities to enrol their wards into public primary schools. The drive was taken to major bus-stops and markets due to its teeming population.
According to him, the centers were strategically chosen for the exercise based on the Board’s data on the prevailing numbers of Out of School Children in the communities.
“Primary Education is compulsory for every child under the child rights law. So, as a responsible parent you must send your child to school” he said.
Alawiye-King stated that the Board is strongly against child labour, stating that it is a punishable offense under the law. He added that for children to be able to compete with their peers globally, the State government had integrated technology into the classrooms to enhance learning and teaching outcomes in state public primary schools under the EKOEXCEL initiative of Governor Sanwo-Olu.
He noted that education is not only the responsibility of the government but also of the parent and community. He charged them to encourage their wards to go to school.
The drive featured veteran Nollywood actors such as: Ibrahim Chatta, Afiz Oyetoro, Funso Adeolu,Jide Kosoko,Yemi Solade, Ricardo Agbor and Mama Ereko. While addressing the teeming community in Ikosi, Chatta noted that education is the key to knowledge adding that basic education provides opportunity for children to become responsible.“Education is the best legacy parents can give to their children”, he noted.
Ayo Badmus, a nollywood actor urged parents to enrol children of school age into state’s primary school for it is their right and they shouldn’t be deprived of it.
Other communities visited include: Ikorodu local government, Ikosi-Isheri LCDA,  Apapa/Iganmu LCDA, Mushin local government, Bariga LCDA, Ajeromi – Ifelodun local government, Agege Local Government, Yaba LCDA, Surulere local government  and Oshodi/Isolo local government.