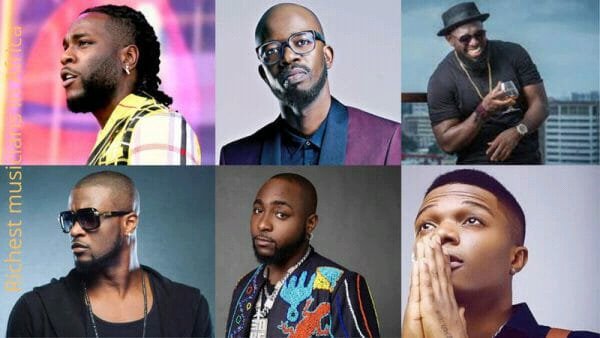 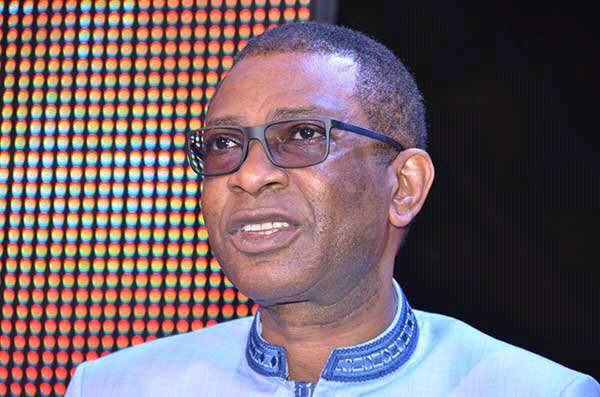 Real name: Youssou N’Dour (Born 1st October 1959)
Nationality: Senegalese
Senegalese singer, songwriter, and musician Youssou N’Dour is the richest musician in Africa in 2021.
The star has built his wealth from different sources, including the music industry, and we can confidently state that Youssou is the richest male singer in Africa.
He is a gifted entrepreneur with deep founded interests in politics, and his net worth is between $145 and $150 million.
He is also the owner of an influential media authority that airs both radio and television programs. Many people love Youssou for his extraordinary musical productions. 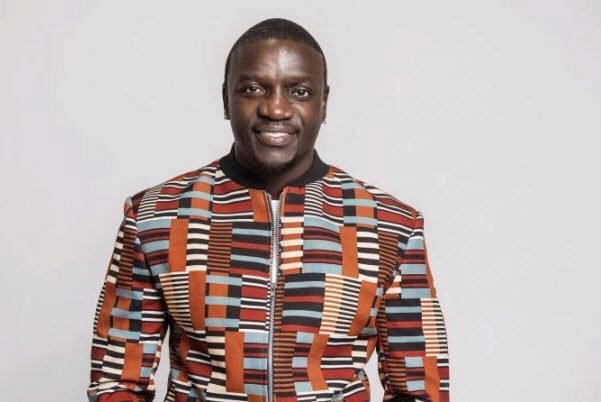 Real name: Aliaume Damala Badara Akon Thiam (Born 16th April 1973)
Nationality: American/ Senegalese
The record-breaker Akon ranks second in the list of wealthy African hit jam producers, with approximately $80 million as net worth.
The US-based star is both a producer and songwriter with decades of experience in the industry, making him one of the richest persons in the music industry.
Endorsements and music engagements are the primary sources of Akon’s income. His long-lived career has seen him register more than 35 million sales.
It is through his popularity that Akon has earned countless nominations alongside five Grammy Awards.
Akon is now a continental hit singer inspiring generations with his Konvict Muzic label productions. 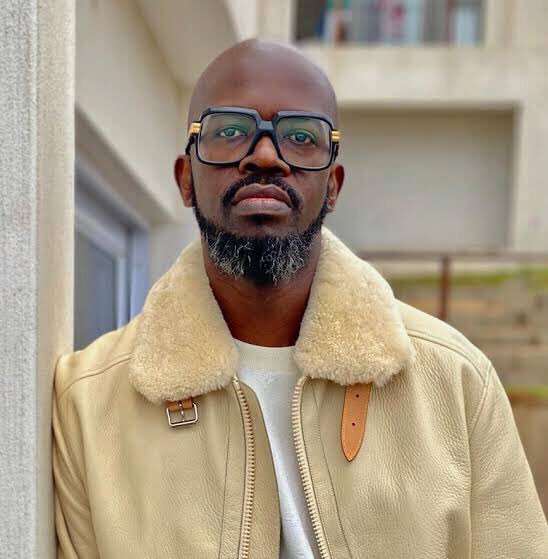 Real name: Nkosinathi Maphumulo (Born 11th March 1976)
Nationality: South African
Black Coffee is one of the richest musicians in Africa, Maphumulo is a professional DJ with a good background in music production.
He now works with Soulistic Music record label and rubs shoulders with top-earning musicians in the continent.
Africa boasts of his artistic talent that has seen him cross boundaries with a unique taste of entertainment.
His net worth is estimated at about $60 million, with music records as the primary source of Black Coffee’s exceeding wealth and admirable lifestyle. 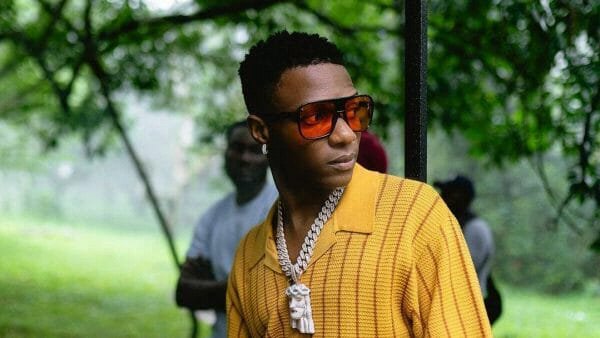 Real name: Ayodeji Ibrahim Balogun (Born 16th July 1990)
Nationality: Nigerian
Wizkid is one of the richest musicians in Africa, Wizkid works with Starboy Record as the Chief Executive Officer.
The young Nigerian star has an estimated net worth of $20 million and has earned a fair share of his wealth by releasing contemporary hip-hop hits, which appeal to a broad audience.
Wizkid streams a considerable percentage of his wealth from leading corporations such as MTN and Pepsi.
The young talented artist is not new to exclusive music nominations and awards. 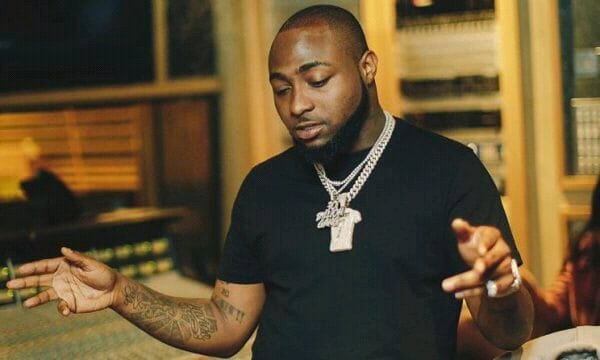 Real name: David Adedeji Adeleke (Born 21st November 1992)
Nationality: Nigerian
DMW CEO, Davido, is openly wealthy and is never shy of bragging about it.
The celebrity is closely affiliated with Sony, RCA, and DMW record labels, and has crossed deep waters to perform in global theatres.
Davido has been doing well since 2011 when Dami Duro placed him on the global scene, and currently, his wealth is approximately $16 million.
Adedeji prides on his nominations and awards, among them The Headies Awards. 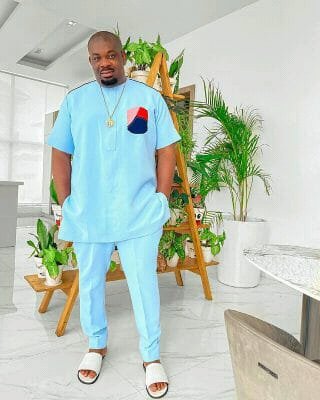 Real name: Michael Collins Ajereh (Born 26th November 1982)
Nationality: Nigerian
Don is widely famous and loved for his artistry. He is a founding star at Mavins Record, which is sometimes called Supreme Mavin Dynasty.
Don has been inspiring generations for decades now and is greatly admired in the continent, which bows to his solo and collabo music releases.
His decision to move to Britain did not lower his fame as most people had predicted. Don is now unstoppable, having a wealth of $30million. 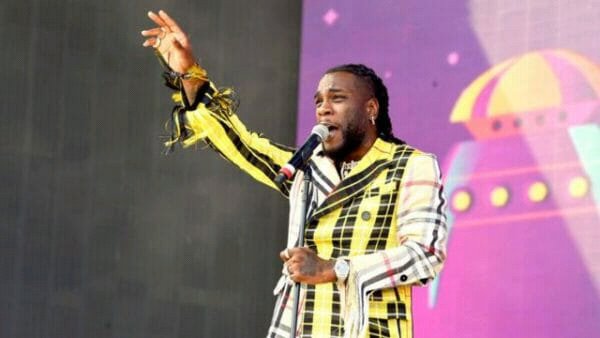 Real name: Damini Ebunoluwa Ogulu (born 2 July 1991)
Nationality: Nigerian
He rose to prominence in 2012 after releasing “Like to Party”, the lead single from his debut studio album L.I.F.E (2013).
In 2017, Burna Boy signed with Bad Habit/Atlantic Records in the United States and Warner Music Group internationally.
His third studio album Outside marked his major-label debut.
In 2019, he won Best International Act at the 2019 BET Awards and was announced as an Apple Music Up Next artist.
His fourth studio album African Giant was released in July 2019; it won Album of the Year at the 2019 All Africa Music Awards and was nominated for Best World Music Album at the 62nd Annual Grammy Awards. 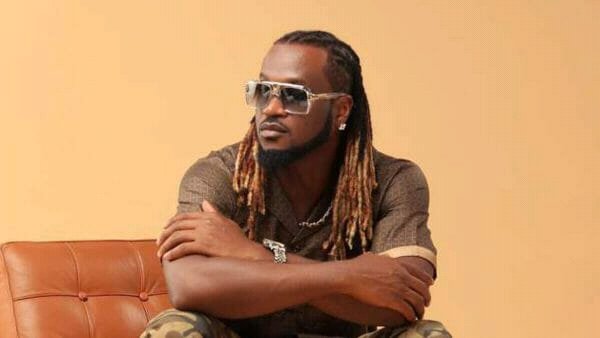 Real name: Paul Okoye ( Born 18th November 1981)
Nationality: Nigerian
Rudeboy is one of the richest musicians in Africa, Rudeboy (Paul Okoye) is a respectable member of the P-Square brand.
His flashy career has left him well known across the African continent and beyond, with a whopping $16.1 million as net worth. 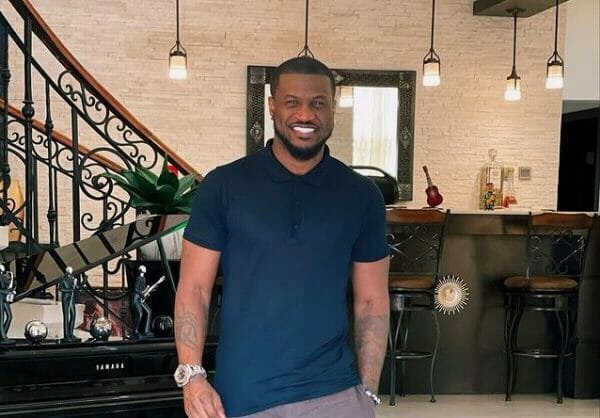 Real name: Peter Okoye (Born 18th November 1981)
Nationality: Nigerian
Mr. P is one of the richest musicians in Africa, Mr. P is the twin brother to Rudeboy. P Square brothers are famous for their incredible music, which saw them cross African borders to play and invest in the United States.
The two are no longer collaborating in music, but are concentrating on their careers individually.
Mr. P’s career is paying back, confirmed by his $15.2 million net worth, 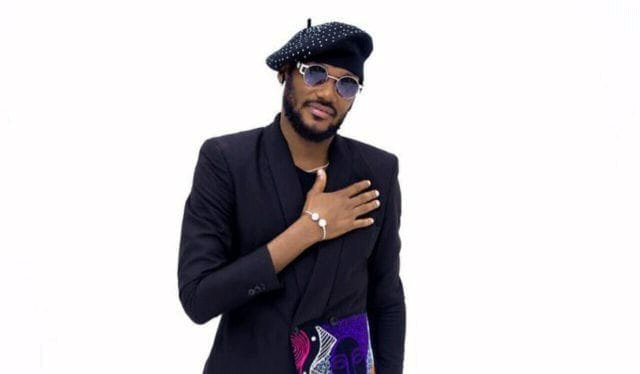 Real name: Innocent Ujah Idibia (1975)
Nationality: Nigerian
Idibia is Hypertek CEO, He is a well-off fame hunter who never rests until his accounts are satisfied.
The African Queen star is among the most accomplished hip-hop record-breakers in Nigeria and Africa at large.
He pockets much of his income from music sales, real estate, and other high-end entrepreneurial involvements.
His approximate net worth is $15 million. 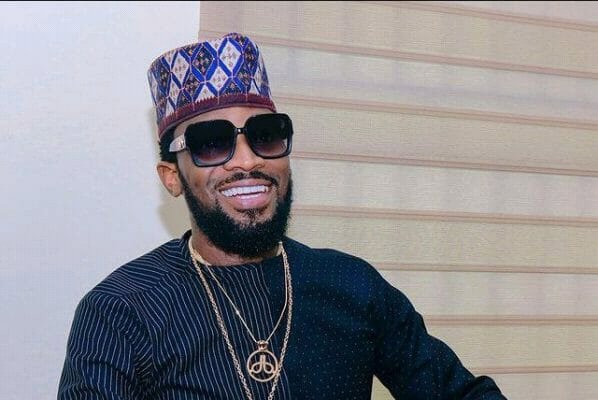 Real Name: Oladapo Daniel Oyebanjo (Born 1981)
Nationality: Nigerian
D Banj is one of the richest musicians in Africa, D Banj is a harmonica player, singer, and artist.
He works under Kanye West’s Good Music record label, where he has gained fame on interstate floors.
The star has attained more than 4 million album sales making him a star of interest. D Banj’s net worth stands at $11 million. 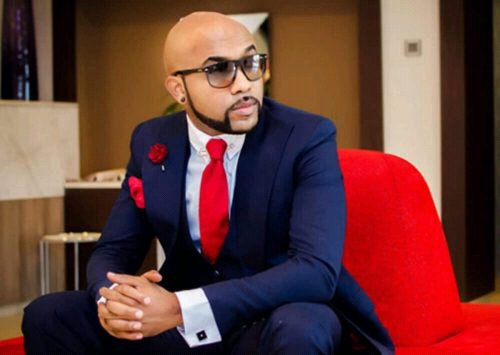 Real name: Olubankole Wellington (Born 1981)
Nationality: Nigerian
Banky W is one of the richest musicians in Africa.  The king of Empire Mates Entertainment, EME, ranks highly in the list of wealthy musicians.
Besides his role as a CEO at EME, Banky works as a producer and music artist.
He is particularly famed for his trendy R&B tracks, which have received overwhelming reception outside Nigeria. 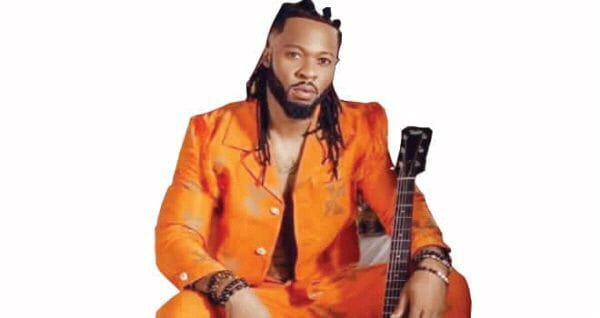 Real name: Chinedu Izuchukwu Okoli (23rd November 1983)
Nationality: Nigerian
Flavour is one of the richest musicians in Africa.
Flavour developed his passion for music as a young boy while playing instruments at his local church. He would later become one of the most popular Igbo musicians in Africa.
His famed hit Ada Ada has seen him earn several awards, which have continually enabled him to boost his net worth ceiling.
Flavour is a multi-performer, instrumentalist, songwriter, and vocal singer of all time. His golden voice is a charm that drives his career. 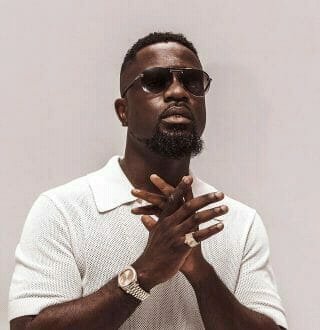 Real name: Michael Owusu Addo (Born 10th July 1988)
Nationality: Ghanian
Sarkodie is one of the richest musicians in Africa, Who is the richest rapper in Africa?
Sarkodie has attained an upper-class level of wealth, making him a rapper of interest with a net worth of approximately $7 million.
The stinking rich Sarkodie works with Sarkcess Music record label. Excluding Sarkodie from the list of top Ghanaian music stars will render it less valid to thousands of his charming fans.
He is not only an ambassador for the youths but an official celebrity with a deep interest in the welfare of local children.
Sarkodie’s entrepreneurial interests have significantly contributed to his flowering wealth. 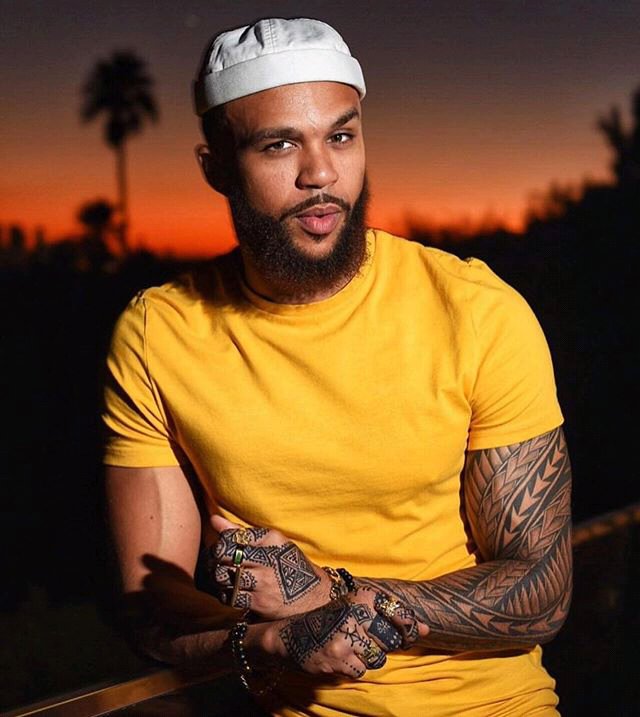 Real name: Jidenna Theodore Mobisson (Born 1984)
Nationality: Nigerian/American
Jidenna is one of the richest musicians in Africa, Jidenna is an international artist with exceeding popularity in the United States of America.
The star also enjoys a considerable command of fans across Nigeria.
His father wanted him to become an engineer, but this never happened because Jidenna had already developed a passion for music at a tender age.
Most upcoming singers greatly admire him. 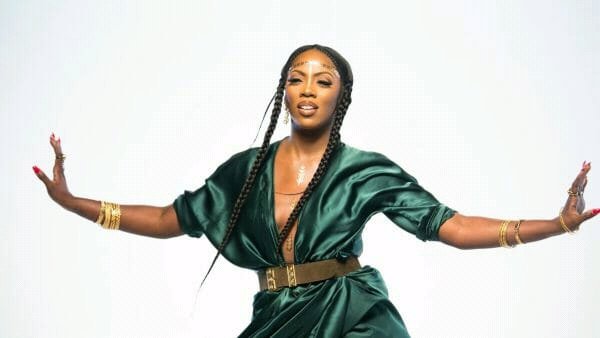 Real names: Tiwatope Savage (1980)
Nationality: Nigerian
Tiwa is one of the richest songwriters in Africa, before joining Universal Music Group, Tiwa was formerly signed in at Marvin record label.
She is a talented composer, songwriter, and writer with a net worth exceeding $7 million. 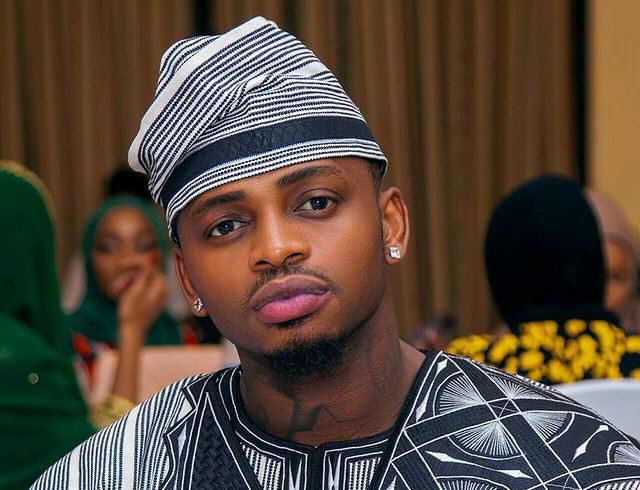 Real name: Nasibu Abdul (Born 2nd October 1989)
Nationality: Tanzanian
This list of richest musicians in Africa would be incomplete without including the famous Diamond, one of the fastest upcoming and richest musicians in East Africa.
His sensational Bongo music is highly moving even among the non-Swahili speakers. He has crossed mountains to win life-changing collabos with non-African artists.
He channels much of his income from album sales, endorsements, and events, recording a net worth of about $5 million Diamond is CEO of the flashy Wasafi Records and is now a role model to many young people. 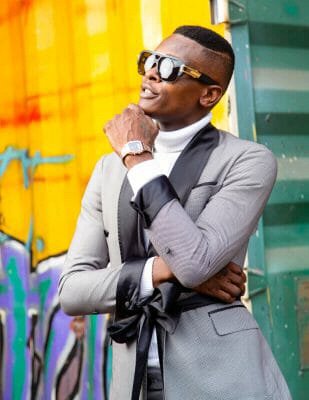 Real name: Joseph Mayanja (Born 1979)
Nationality: Ugandan
Jose is one of the rp[;8ichest singers in Africa, Who is the richest East African musician? Chameleon is the biggest name in East African Music, with an estimated net worth of $6 million.
His talent has enabled him to win loyal fans from diverse cultural backgrounds and dialects such as English, Swahili, and his local Luganda.
His career dates back to the 1990s when the music industry was still under development. There is no denying that Chameleon is among the richest stars.
The tune of his possessions encompasses posh urban assets. He also owns high-end cruises such as Cadillac Escalade and Mercedes Benz (ML 200), which speak volumes about his ballooning wealth. 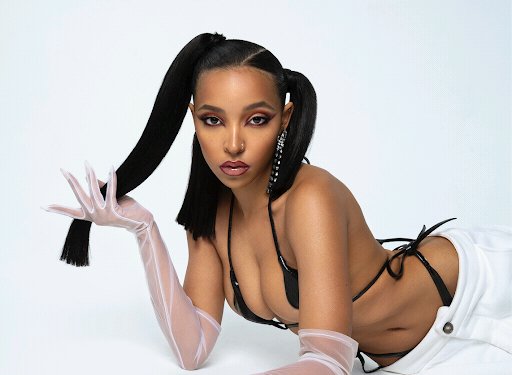 Real name: Tinashe Jorgensen Kachingwe (Born 6th February 1993)
Nationality: Zimbabwean/ American
Tinashe is one of Africa’s richest musicians, Tinashe has attracted several fans for her attractive voice, having risen to fame in 2000 after a remarkable performance in Cora Unashamed.
She has built a stable music career producing hits after another under ROC Nation and RCA record labels.
Her success has seen her featuring alongside famed personalities such as actor Tom Hanks. The lass shocked many when she denounced her roots in Zimbabwe.
Sources have, however, revealed that she is a citizen of Zimbabwe by descent, subject to state laws. 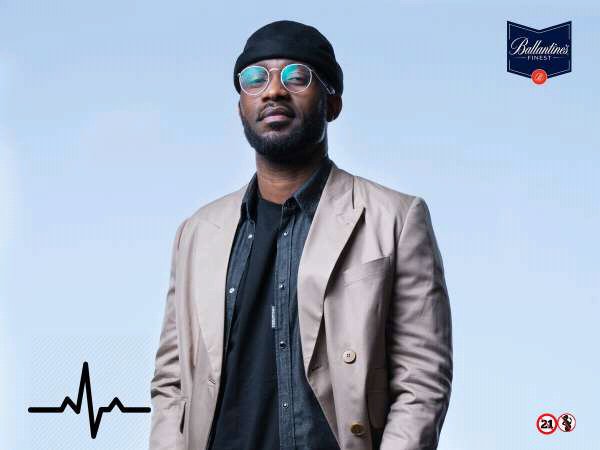 Catholic Priest In Trouble As Married Lover Dies In His House