BREAKING NEWS
Home Crime After Being On The Run For 7 Years, Criminal Arrested While Checking On His Application To Join Police 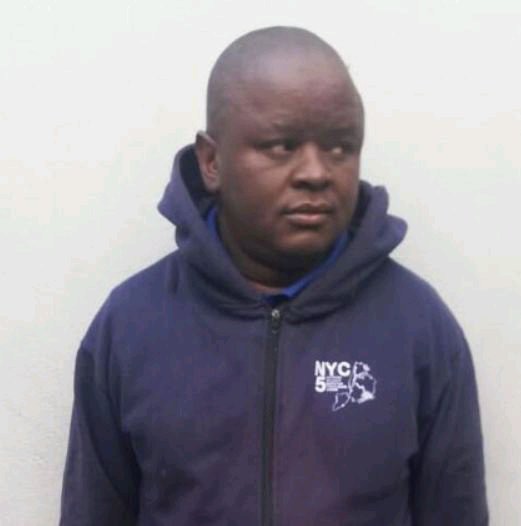 After Being On The Run For 7 Years, Criminal Arrested While Checking On His Application To Join Police

Posted By: The Gazelle NewsIn: Crime, Life, Metro, NewsNo Comments
Print Email
Thomas Ngcobo, a man who has been on the run for years has been finally arrested after acting in a way that has been termed ‘dumb’.
The man has been dubbed “South Africa’s dumbest criminal ” after walking into the police station to check on his application to join the police force.
Thomas Ngcobo, 40, had been on the run for seven years after he was wanted for stealing hardware products worth more than £1,000 that he was meant to deliver to clients in 2015.
After diverting the hardware delivery to other addresses without the owner’s consent or knowledge, he went on the run.
Mpumalanga police spokesperson Brigadier Selvy Mohlala said: “The suspect’s dirty tricks were uncovered a week later after the manager decided to check invoices.
“It was realised that two invoices were missing and other material had been delivered to wrong addresses.”
The alleged theft was registered at the Bethal South African Police Service (SAPS) headquartered in the South African province of Mpumalanga in 2015, with Ngcobo being added to the police “wanted list”.
However, seven years later, the suspect baffled police after walking through the front door of the police station to find out why there was a hold-up with his job application.
Mohlala said: “The suspect was unexpectedly nabbed on Monday, August 15, 2022, after he visited the Bethal SAPS to make enquiries about his application for a police recruitment drive.”
The Provincial Commissioner of SAPS in Mpumalanga, Lieutenant General Semakaleng Daphney Manamela welcomed the criminal’s capture and warned fugitive suspects that there is no running away from the law.
She said: “We are working tirelessly day and night, sticking to our mandate of creating a safe environment for all citizens. We cannot achieve that stage while other suspects are still roaming the streets and terrorising communities.”
Manamela reassured: “It is just a matter of time before we bring them to justice.”
Local media reported that Ngcobo has been held in custody since August 16.
He has been dubbed the country’s dumbest criminal.

Elegushi: Radiance Of A Modern Monarch