By The Gazelle NewsDecember 24, 2022No Comments1 Min Read 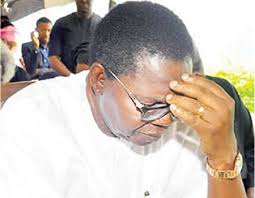 Music icon, Evangelist Ebenezer Obey-Fabiyi and the management and staff of Ebenezer Obey Music Organisation have expressed their condolences over the demise of a member of the band, Elder Olapeju Kester Olagunju, popularly known as ‘Peju Kester.

One of the children of the deceased, David Olagunju, broke the sad news in the early hours of Thursday, 15 December, 2022. He died at the age of 79.

According to the Manager of the Ebenezer Obey Music Group, Mr Tunji Odunmbaku, “Elder Peju Kester was the longest serving manager of our chairman, Evang. (Prof.) Ebenezer Obey-Fabiyi (MFR), who described the deceased as a very dedicated, loyal and dependable aide till his last days.

“He is survived by his wife, Mrs. Titilola Margaret Olagunju, children and grandchildren among whom are: Mrs. Toyin Ogunleye, Mrs Oluwakemi Ibironke, Mr. Omolola Olagunju and Mrs. Oyinkansola Dirisu. Burial arrangements will be announced by the family”.