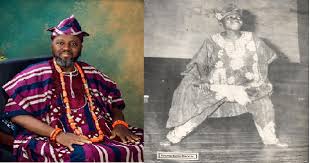 Friends, colleagues and students of Jeleel Olasunkanmi Ojuade, a Professor of Dance Studies at the Performing Arts Department, Faculty of Arts, University of Ilorin, Kwara State, Nigeria are upbeat as he is set to deliver the University’s 208th inaugural lecture. The lecture is titled ‘Dance is Life, Life is Dance: A Cyclical Nature of Man on Earth.’

As a child dancer, Ojuade was part of the troupe that danced at the Festival of Arts and Culture held in Nigeria in 1977. The promise he showed back then has come to be fulfilled as the child prodigy has today become a prominent face of dance practice, both as an intellectual proponent and active practitioner. Therefore, in celebration of his countless achievements which saw him elevated to a professorial chair on 1st October, 2017, Professor Jeleel Ojuade will be privileged to deliver the 208th Inaugural Lecture on Thursday November 11, 2021 at the Auditorium of the university.

But the joys for Ojuade will not be limited to this recognition of his arrival at the pinnacle of intellectual attainments. After delivering the inaugural lecture, Ojuade will be installed as the Aare Alasa of Ifetedo, in Osun State, three days later on Saturday 13th November, 2021 at an installation ceremony to be performed by the Olubosin of Ifetedo, HRM Oba Akinola Oyetade Akinrera (Latiri 1).

The Aare Alasa is the President General in Charge of Culture, Arts, Tourism and Festivals in the Kingdom. He oversees them and channels them for the development of the kingdom.

Ojuade was born on 18th April, 1969. He joined the services of the University of Ilorin, Nigeria as an Assistant Lecturer with the Department of Performing Arts, Faculty of Arts on 21st April, 2001. He rose through the ranks to become a full Professor of Dance on 1st October, 2017. He is a researcher and an expert dancer (with emphasis on Yoruba Bata and Dundun dances).

He holds a Ph.D in Performance Studies (Dance) from the Institute of African Studies, University of Ibadan, Nigeria. His other qualifications include LL.B (Hons) in Common Law and LL.M with on Copyright Laws from the University of Ilorin, Ilorin, Nigeria (called into the Nigerian Bar in 2009), and Masters in Business Administration from the University of Ilorin, Ilorin, Nigeria. He has been teaching and supervising students in dance and theatre related courses at both undergraduate and postgraduates levels since the year 2001. He is actively into the practice, propagation, and sustenance of Nigerian Dance Culture.

Jeleel started his dance career with his father’s troupe, Ojuade and his Dance Group at age four (4) in the early 1970s. With the troupe, he featured in local, state, national and international performances and competitions; a culture that he has been able to sustain for over four decades. He belongs to a number of National and International organizations which includes:

iii.  National Association for the Promotion of Studies in Arts and Social Sciences (NAPSASS).

He was a member (the youngest) of The National Theatre of Nigeria which represented Nigeria at the XII Commonwealth Games and Warana Festival in Brisbane, Australia (1982) and in a performance tour of the Federal Republic of South Korea in 1983. He participated in the International Summer School at the Department of Theatre Studies, Johannes Gutenberg University, Mainz, Germany (2007).

Prof. Ojuade has attended and presented academic papers at Local, National and International conferences where his works have been published with particular emphasis on Yoruba Bata and Dundun drums. He has featured in several dance performances and has over fifty (50) academic publications in reputable local, national and international journals. He is currently the President, Association of Dance Scholars and Practitioners of Nigeria (ADPSON). He was an Assistant Director at the Centre for International Education (CIE) and the Director, Advancement Centre (The Vice-Chancellor’s Office), University of Ilorin, Nigeria.

Jeleel has facilitated research collaborations between individuals, organizations, and the University of Ilorin.

A workshop and Training on Theatre Studies and Performances by Professor David Whitton from Lancaster University, UK, at the Performing Arts Theatre, University of Ilorin, 2009.

A Dance Workshop and Training by the Ace Dancer, Peter Badejo OBE from the United Kingdom, at the Performing Arts Theatre, University of Ilorin, 2014.

A Dance Workshop and Training on Yoruba Ijala (Hunter’s Performance) by Chief Alabi Ogundepo and his Aoko Kultural Group at the Performing Arts Theatre, University of Ilorin, 2014.

A Workshop/Training on Theatre and Dance Performance, by Professor Omofolabo Ajayi-Soyinka of Kansas University, Kansas, USA at the Performing Arts Theatre, University of Ilorin, 2015.

A Workshop/Training of film and cinematography by Hollywood artist and scholar, Bayo Akinfemi (from Los Angeles, USA) at the Performing Arts Department, University of Ilorin, 2015.

How Ikeja Electricity Has Been Frustrating Its Contractors Over Transformer Installation