100 Women Gets Fistula Operations In Maiduguri

By The Gazelle NewsJuly 27, 2021No Comments3 Mins Read 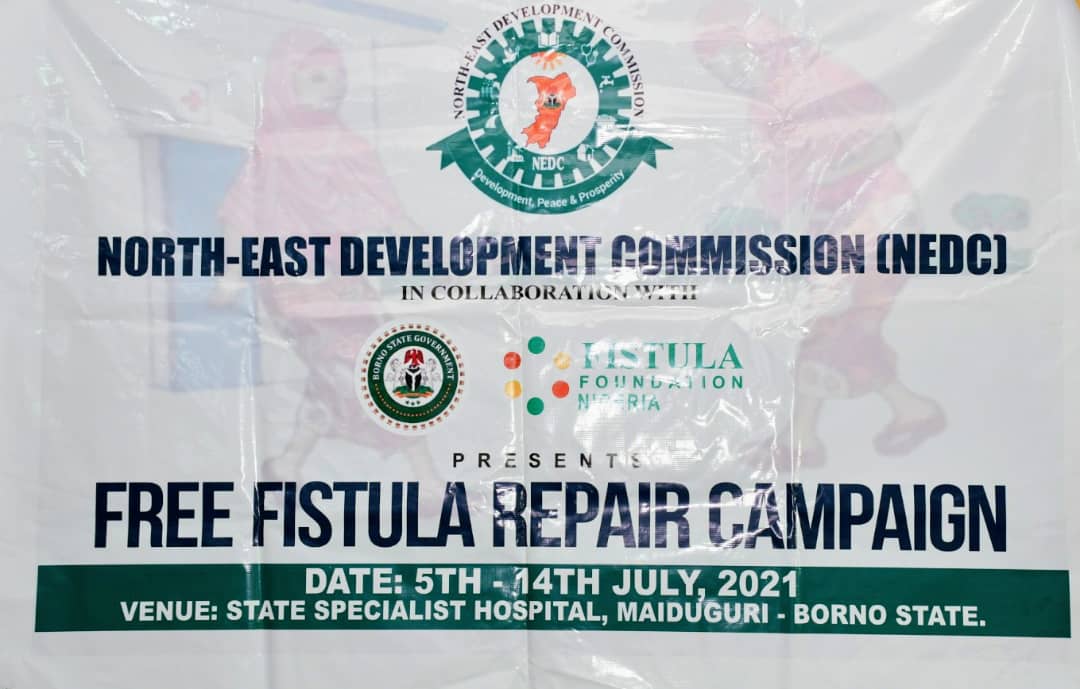 Share
Facebook Twitter LinkedIn Pinterest Email
Hundred women with Vesico Vaginal Fistula, VVF were on Thursday successful operated on as the North-East Development Commission, NEDC, and the Borno State government, flagged off on Tuesday a Free Fistula Repair Campaign Project, FFRCP in Maiduguri.
The women had their Fistula repairs in successful corrective surgeries at the State Specialist Hospital, Maiduguri at the flag off of the project, which would be expended to all parts of the state. 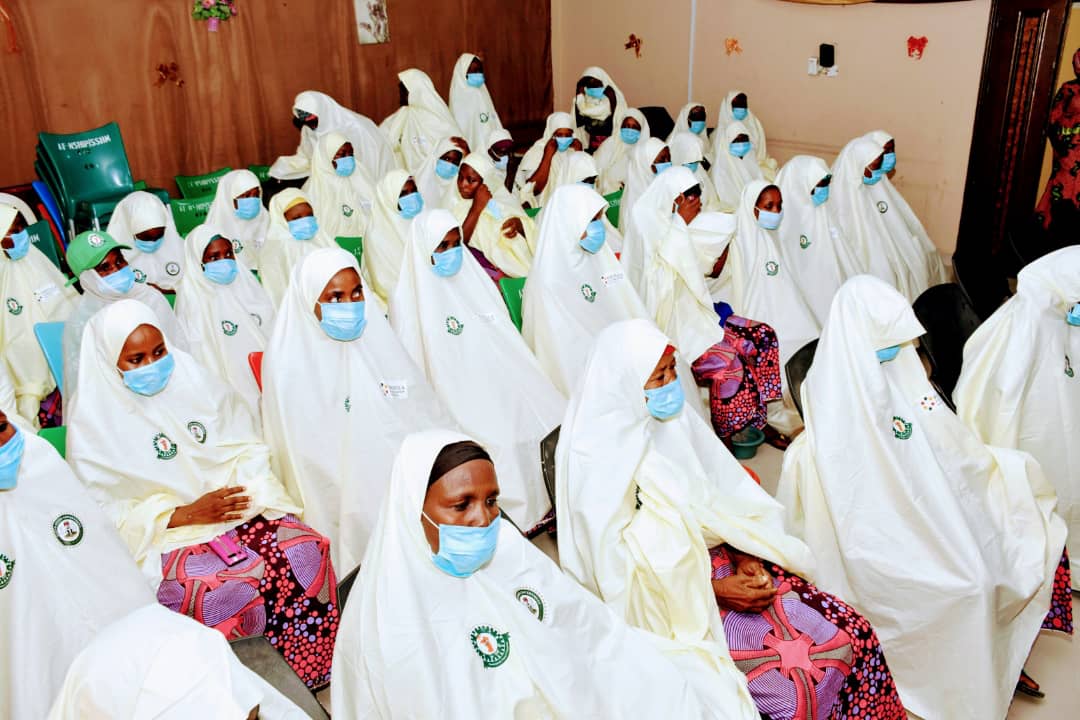 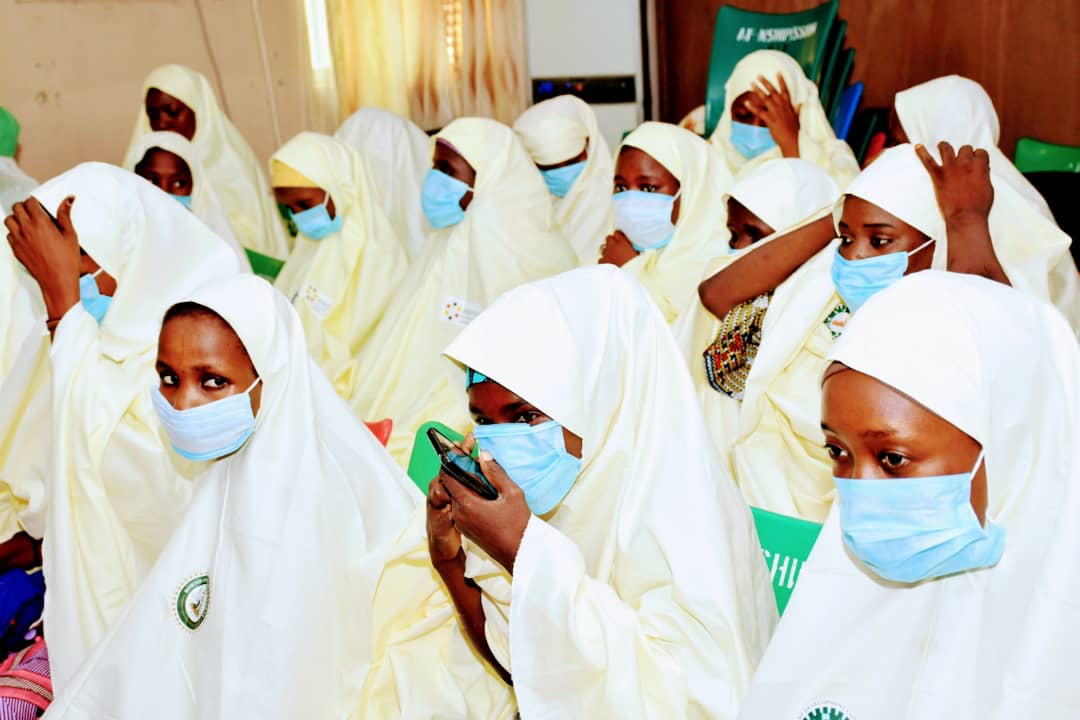 The wife of Borno State governor, Dr. Falmata Zulum, flagged off the ceremony at the Conference Hall, State Specialist Hospital in Maiduguri.
Represented by Commissioner for Health, Juliana Bitrus, she thanked NEDC and other development partners for complimenting efforts of the Borno State government towards the provision of health care services to its people.
She said: “This intervention is timely, as most women who are vulnerable due to activities of insurgency and the persistent poverty, which have caused a lot of women to fall victims to VVF, would benefit from the corrective surgery project.”
She appealed to the beneficiaries to stay away from sex in the next one year to enable them to have total healing, and be reporting back to the hospital for medical check-up, as and at when due.
In his goodwill message, the NEDC Board Chairman, Maj. Gen. Paul Tarfa, represented by the Board member North-West zone, Hajiya Asmau Muhammadu said: “Statistics indicate that there are about 250,000 women awaiting repair in Nigeria, out of which only 3,000 are fortunate to be attended to annually.
“12,000 new cases develop every year with large number coming from the North-East due to the insecurity and increased poverty, which further hindered access to health care.”
Tarfa further stressed that the plight of these unfortunate women, who experienced obstetric fistula apart from being dejecting is a very lonely one.
“It is, therefore, important that all efforts are made to bring succour to these vulnerable group of women to enable them pick the pieces of their lives, by offering them a new lease for meaningful existence within their respective communities.”
He however noted that corrective surgery for women suffering from obstetric fistula is the first and most important step that gives them hope of recovery, improve their mental state and affords them the freedom to relate well with their families.
He, therefore, commended the management of Borno State Specialist Hospital, particularly the resident fistula surgeons and nurses who promised to continue monitoring the repaired women for 12 weeks to ensure their complete recuperation and the attainment of the final outcome expected for each patient.
In his address, the Managing Director/CEO, NEDC, Mohammed Goni Alkali, said: “NEDC as a humanitarian organisation is not only intervening in distribution of food and non-food items, but also give emphasis on the health, education, agriculture, social cohesion, governance among other sectors of the economy.”
Alkali noted that about 5,000 Internally Displaced Persons, IDPs, in the region have benefitted in corrective eye surgery and other health care services provided by the Commission.
He revealed that due to increasing cases of obstetric fistula among women folk in the region, NEDC is looking at a possible means to establish a Centre in the North-East that would handle such cases.
Narrating their ordeals to journalists, two beneficiaries of the surgery, Hajiya Hadiza and Hajiya Zara, said their husbands had to divorce them due to their condition.
They however expressed happiness over the free surgery and thanked NEDC and other development partners for the gesture.