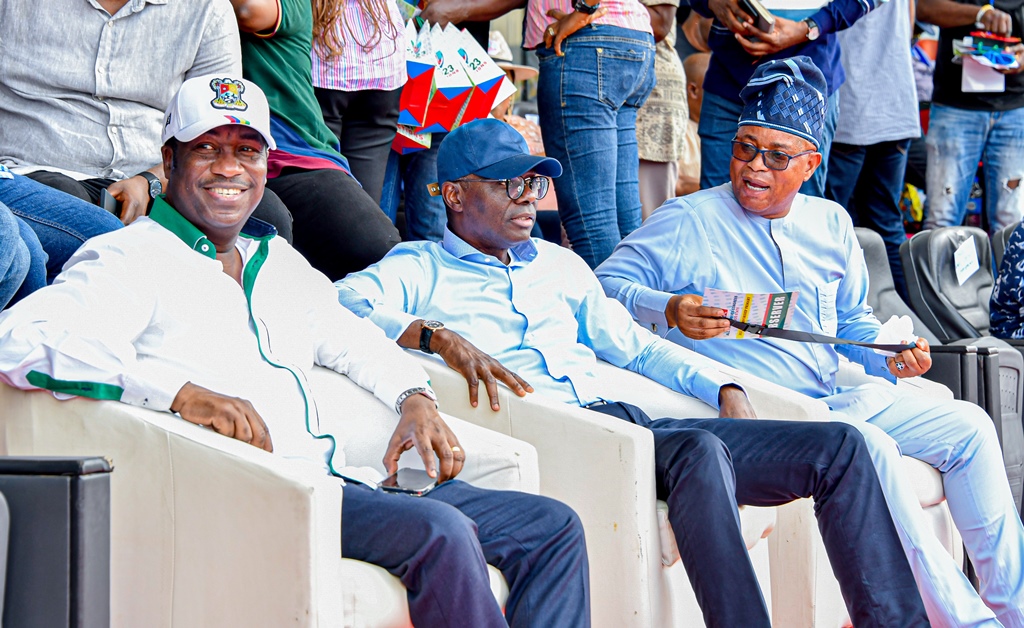 Posted By: The Gazelle NewsIn: News, PoliticsNo Comments
Print Email
Leading aspirant for the Lagos Central Senatorial District on the platform of the All Progressives Congress (APC), Rt Hon Wasiu Eshinlokun-Sanni has congratulated the state Governor, Babajide Sanwo-Olu on his victory at the party’s primary election which took place on Thursday, 26 May, 2022.
Rt Eshinlokun-Sanni described Sanwo-Olu’s victory as a confirmation of the confidence party members have in him and a stamp of approval for his people-oriented leadership style.
“Your Excellency, your victory at the party’s primary election is a clear indication that you’re indeed the chosen one. The party members, the leaders, the elders and even the National Leader of our great party, Asiwaju Bola Ahmed Tinubu are all happy at what you have been doing in the past three and half years.
“This is a real vote of confidence on you sir, and I rejoice with you on this well deserved victory and by the grace of Almighty Allah, your victory in next year’s general elections is assured,” he said.
Eshinlokun-Sanni also applauded the delegates for their peaceful conduct while also commending the Primary Election Committee members for ensuring that due process is followed throughout the whole exercise.