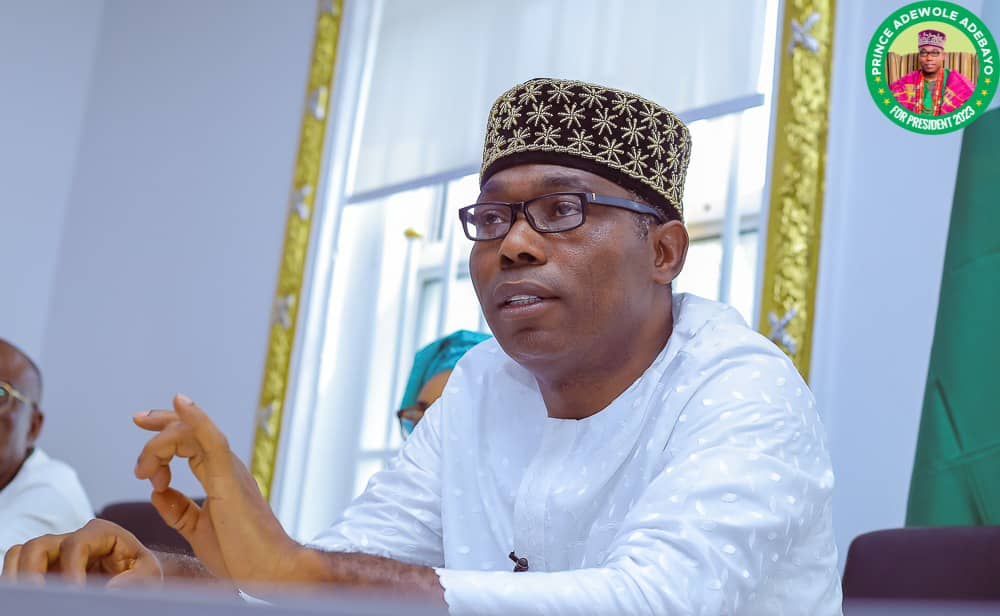 2023: Nigeria Needs Prayers Not Prediction On Who Will Win The Election, SDP Presidential Candidate Tells CAN Leaders

Posted By: The Gazelle NewsIn: News, ReligionNo Comments
Print Email
The Presidential Candidate of the Social Democratic Party (SDP), Prince Adewole Adebayo, has urged Christian leaders in the country to pray rather than predicting who will win the 2023 elections.
According to him, God will defeat the carnal expectations of people in the coming 2023 presidential elections.
Adebayo was speaking on Thursday, 28 July, 2022 during the Christian Association of Nigeria (CAN) presidential handing over ceremony in Abuja where its immediate past president, Reverend Samson Ayokunle,  handed over the reigns of power to his successor, Most Reverend Daniel Okoh.
The prince of Ondo Kingdom noted that, “The clergymen are called the instrument of God as they devote their entire life to the service of God and nothing will happen whether it is politics or any other thing that will turn people who are instrument of God to instrument  of men and that the church will only be instrument of God and will never be used by those who are playing politics  and will only serve God and that His wills alone prevail”.
He disclosed that in times of crisis, carnal expectations are not where the solutions lie.  ‘When the armies of Israel were facing Goliath from their experience and expectation, they were hoping that it is one of those generals that would save Israel, but God had a better plan. God brought out an unexpected David who was not regarded and not part of the army to come and save Isreal. The person that would save the Christian community and save Nigeria is not the person we are expecting. It is the person God will reveal to us in our prayers. We should pray and not predict and we should let God take control”.
In attendance was Peter Obi, the presidential candidate of Labour Party; Governor Ifeanyi Okowa of Delta State and vice presidential candidate of the Peoples Democratic Party, PDP and Governor Samuel Otorm of Benue State among others.